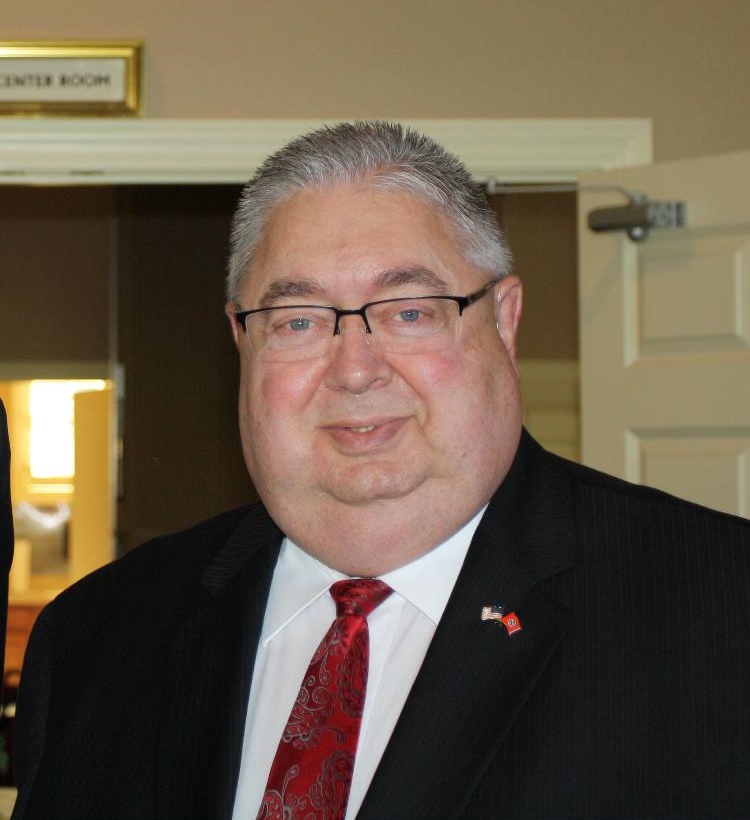 Longtime funeral director and active community member Charles McNeeley passed away this week. Mr. Charles E. McNeeley age 66 of LaFollette passed away Wednesday, October 24, 2018. He was a licensed Funeral Director, Embalmer, Manager and along with his Wife, Debbie, Owned and Operated Walters Funeral Home.  He was a Charter Member and Deacon of New Horizon Baptist Church where he had also served as Organist and Assistant Pianist.  He was a 1970 Graduate of LaFollette High School, attended Roane State Community College, and was an Honor Graduate of the Kentucky School of Mortuary Science where he received the Scholastic Achievement Award, and also served as Chairman of Student Council.  He was a member of the Tennessee Funeral Directors Association, National Funeral Directors Association, Greater Knoxville Funeral Services Associates, Tennessee Academy of Graduate Embalmers, a member of Pi Sigma Eta National Morticians Fraternity, and a member of the British Institute of Embalmers.  Charles was Charter President of the Campbell County Lions Club, a former member of the Board of Directors for the Campbell County Chamber of Commerce, a member of Campbell County Masonic Lodge #778 F.& A.M., a 32* Scottish Rite Mason, a member of Knoxville Scottish Rite Bodies, and Campbell County Scottish Rite Club.  He was a Member of Campbell County Cancer Association, Campbell County Historical Society, a Kentucky Colonel, and a Veteran of the U.S. Army.  Charles loved gospel music and its message.  He was a former keyboard player for the Different Way Quartet, Soul Desire Quartet, and sang with the Miracles of Grace.  He was preceded in death by Father, Clyde H. McNeeley; Grandparents, William R. and Cora Paul, and Bill and Sally McNeeley; Brother-in-law, Gene Hobbs; Two Nephews, several Aunts, Uncles, and cousins.

Funeral Services Monday 8 P.M. at New Horizon Baptist Church with Rev. Chris Thomas and Bishop Delmus Bruce officiating.  Family and friends will meet Tuesday 10:30 A.M. at Walters Funeral Home and proceed to Powell Valley Cemetery and Memorial Gardens for Graveside Services and Interment with full Military Honors conducted by the Campbell County Honor Guard.  Honorary Pallbearers will be Members of the Tennessee Funeral Directors Association.  The family will receive friends from 5 to 7:45 P.M. Monday before Funeral Services, with Masonic Rites conducted at 7:45 P.M. by Campbell County Masonic Lodge, #778 F. & A.M.  We respectfully request that in lieu of flowers, memorial contributions be made to a cause very dear to Charles’ heart, the Campbell County Cancer Association, P.O. Box 122, Jacksboro, TN 37757.  Online condolences for Charles may be made at www.waltersfuneralhome.net.  Although our hearts are broken, we at Walters Funeral Home are very proud to serve our Husband, Father, and Friend.  (WLAF NEWS PUBLISHED – 10/26/2018-12:30PM)