Swearing-in ceremonies took place for the 111th TN General Assembly on Tuesday, January 8 at noon (CST), on the House Floor of the Tennessee General Assembly at the State Capitol in Nashville.

Representative Dennis Powers was sworn in for a two-year term, and Representative Glen Casada was elected the new Speaker of the House for the next two years.  Both were sworn-in by the Chief Justice of the Tennessee Supreme Court, Jeffrey Bivins. 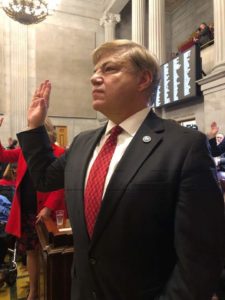 Powers represents the 36th district which encompasses Campbell County and parts of Union and Anderson Counties.