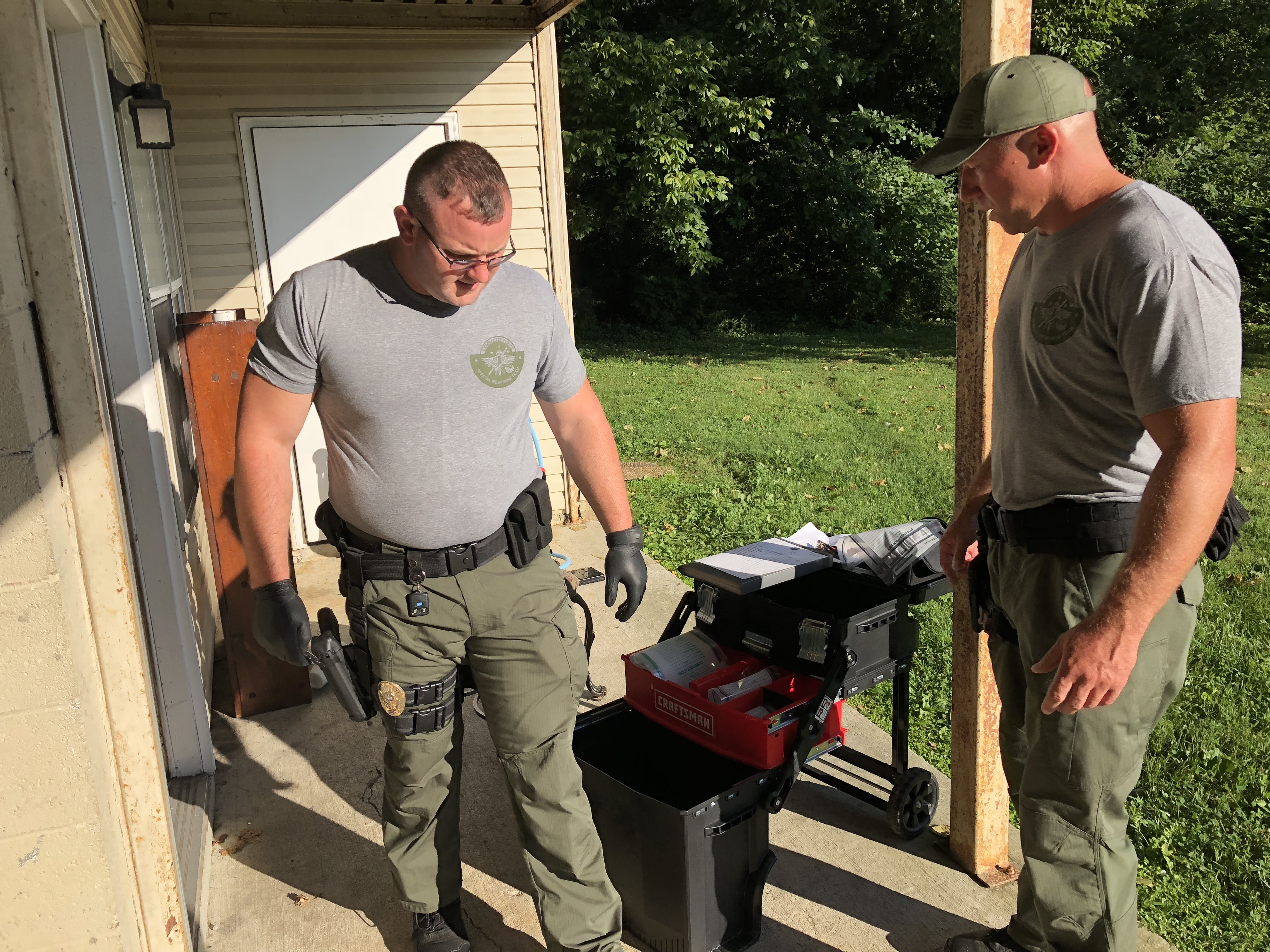 L-R:  LPD Officer Homer Herrell and LPD Captain Stephen Wallen were among the officers on the scene of a narcotics search warrant execution

LAFOLLETTE, TN (WLAF) – “What was developing into a lengthy investigation that was going to involve a lot of time ended up being a rushed effort once we learned that there was a child living in the home,” said La Follette Police Captain Stephen Wallen.  An 11-month old child is in the care of Children’s Services this morning after La Follette Police’s  Drug Unit and Special Response Team executed a narcotics search warrant where the child was living; Apartment 21 in the lower level of the D Building of the Crowne Point Apartments in West La Follette.  Just before 8 am is when officers entered the residence where they had been making undercover drug buys for several weeks. 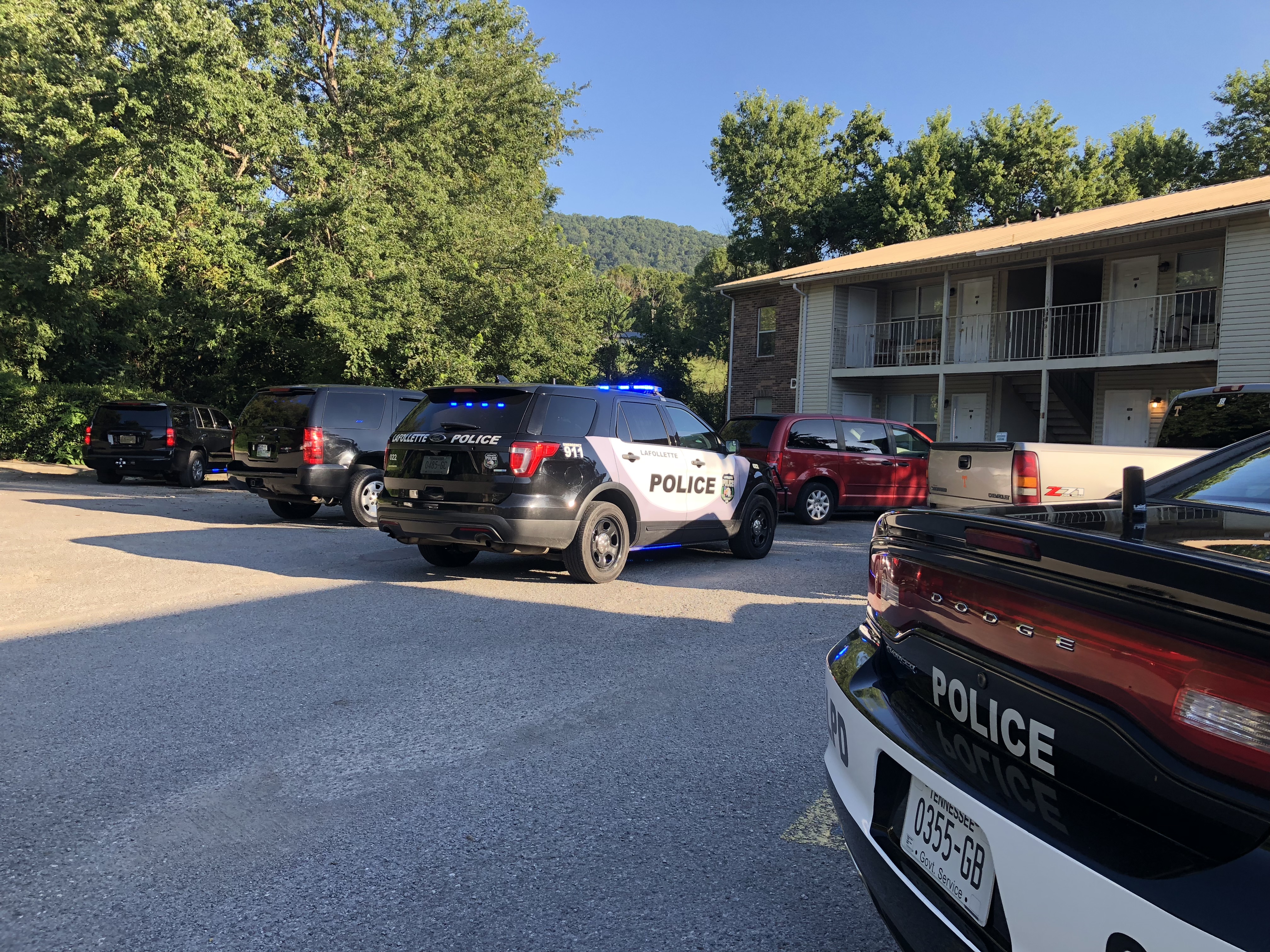 Officers worked their way down a narrow sidewalk to the back of this apartment building to rescue a child not long after sun up on Thursday. Auberne Sparks (above), mother of the 11-month old child, was arrested this morning at her La Follette home 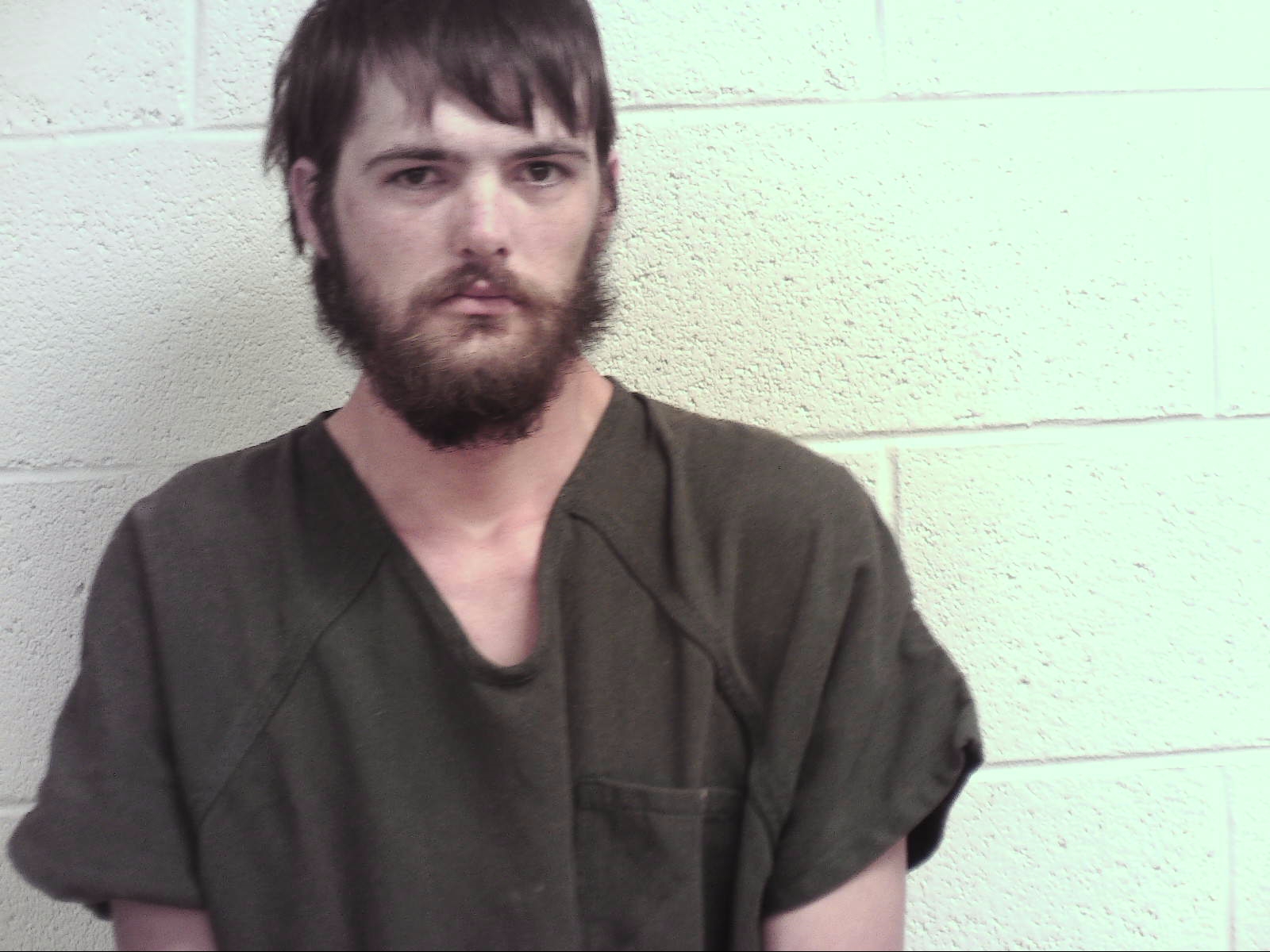 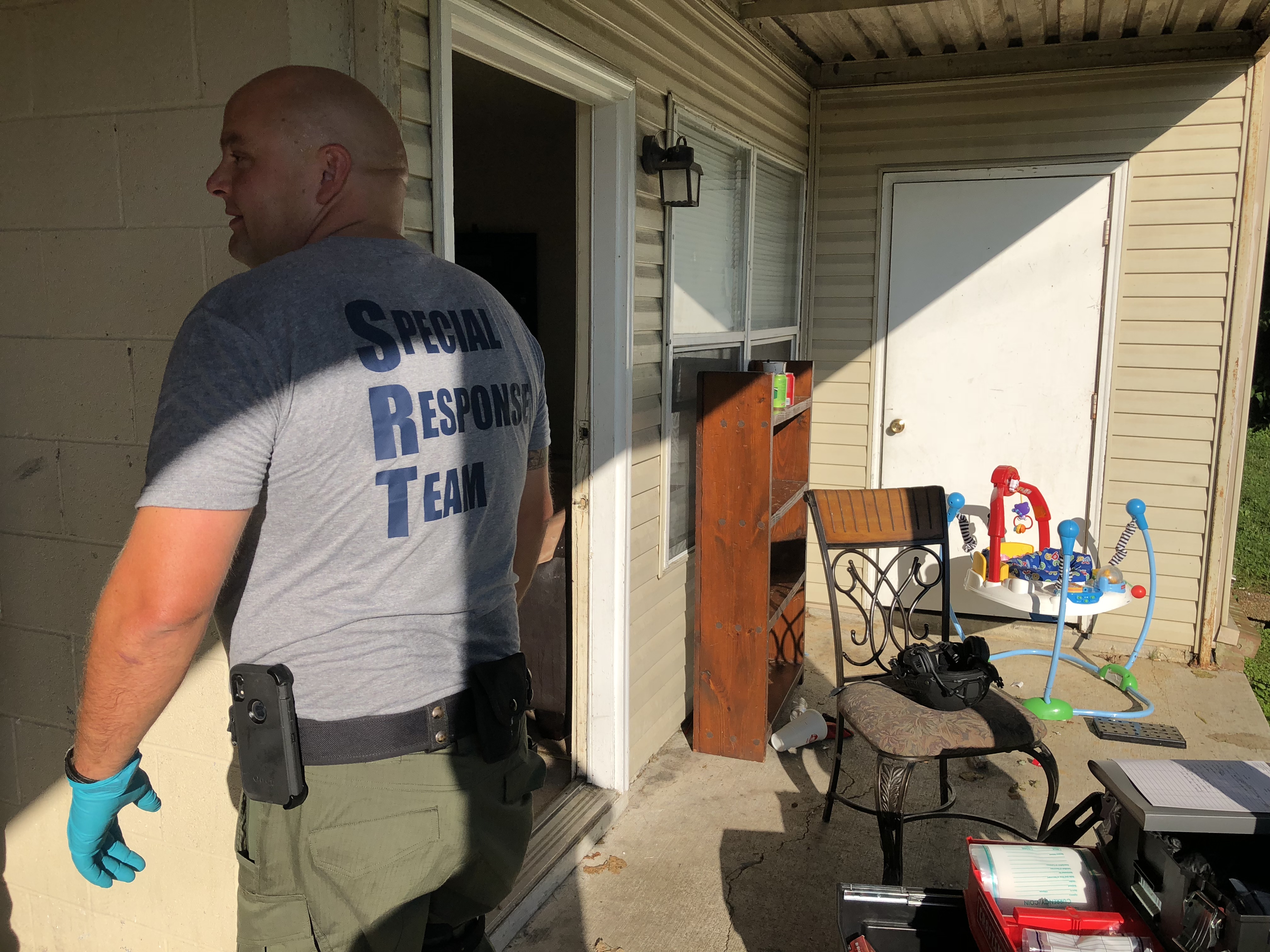