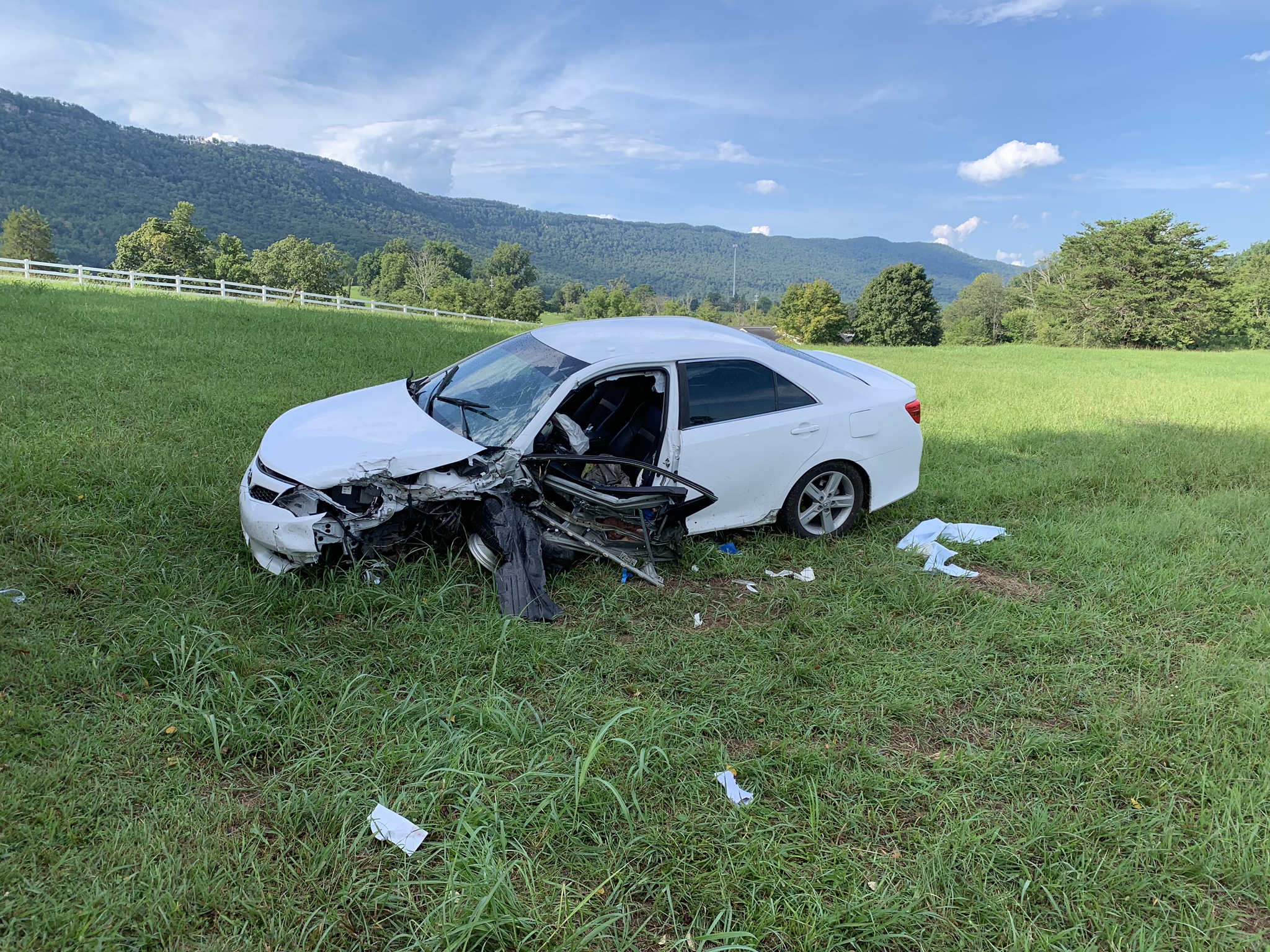 A man was cut out of this car and flown to a Knoxville hospital. 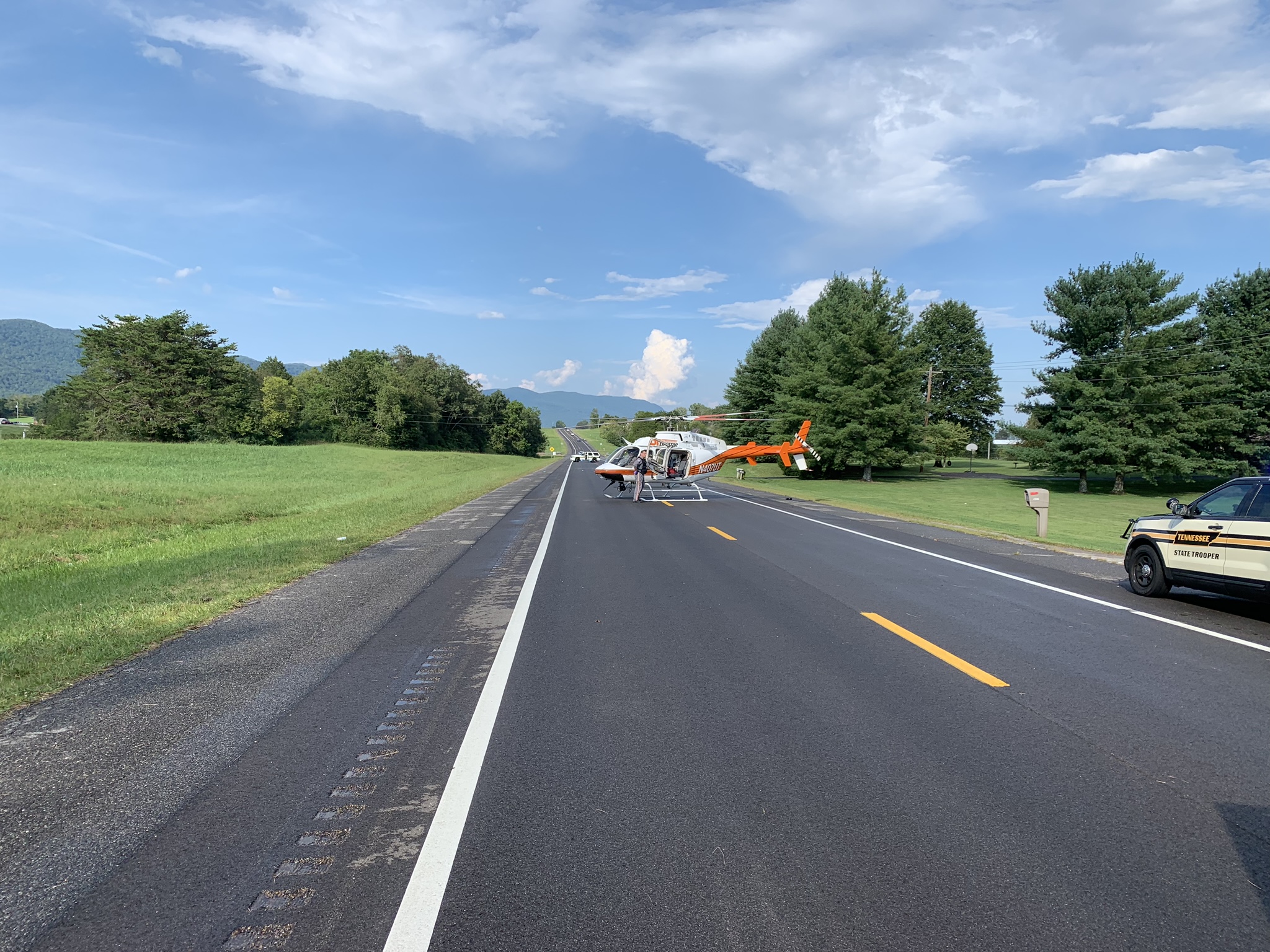 Gen. Carl Stiner Highway served as the landing zone for the med chopper.

Members from the Campbell County Rural Fire Service and La Follette Rescue Squad extricated one patient from a car, and he was transported via Lifestar to a Knoxville hospital.  Two occupants from the other vehicle were transported to the La Follette Medical Center. 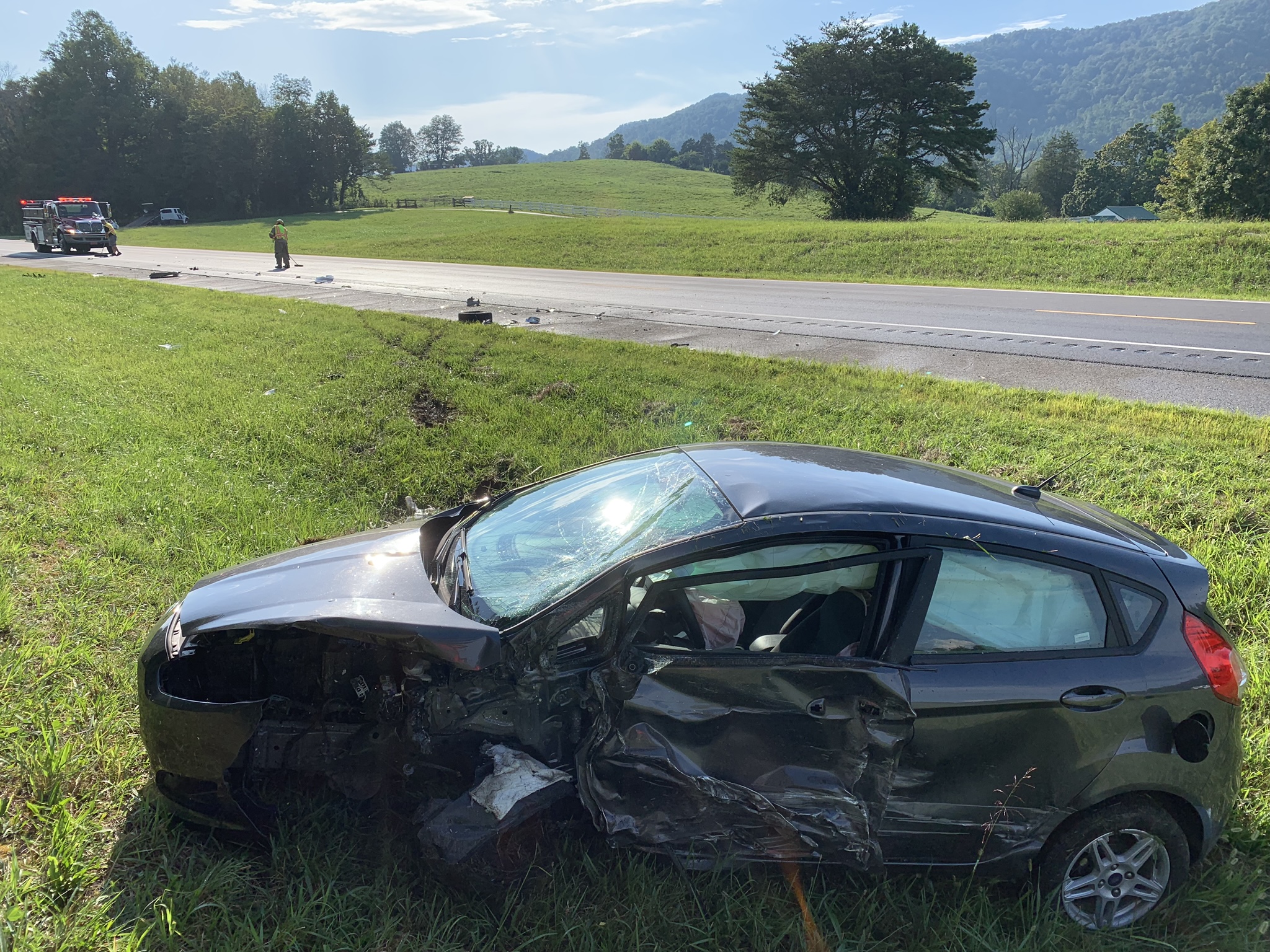 Two people in this car were transported by ground ambulance to the La Follette Medical Center.