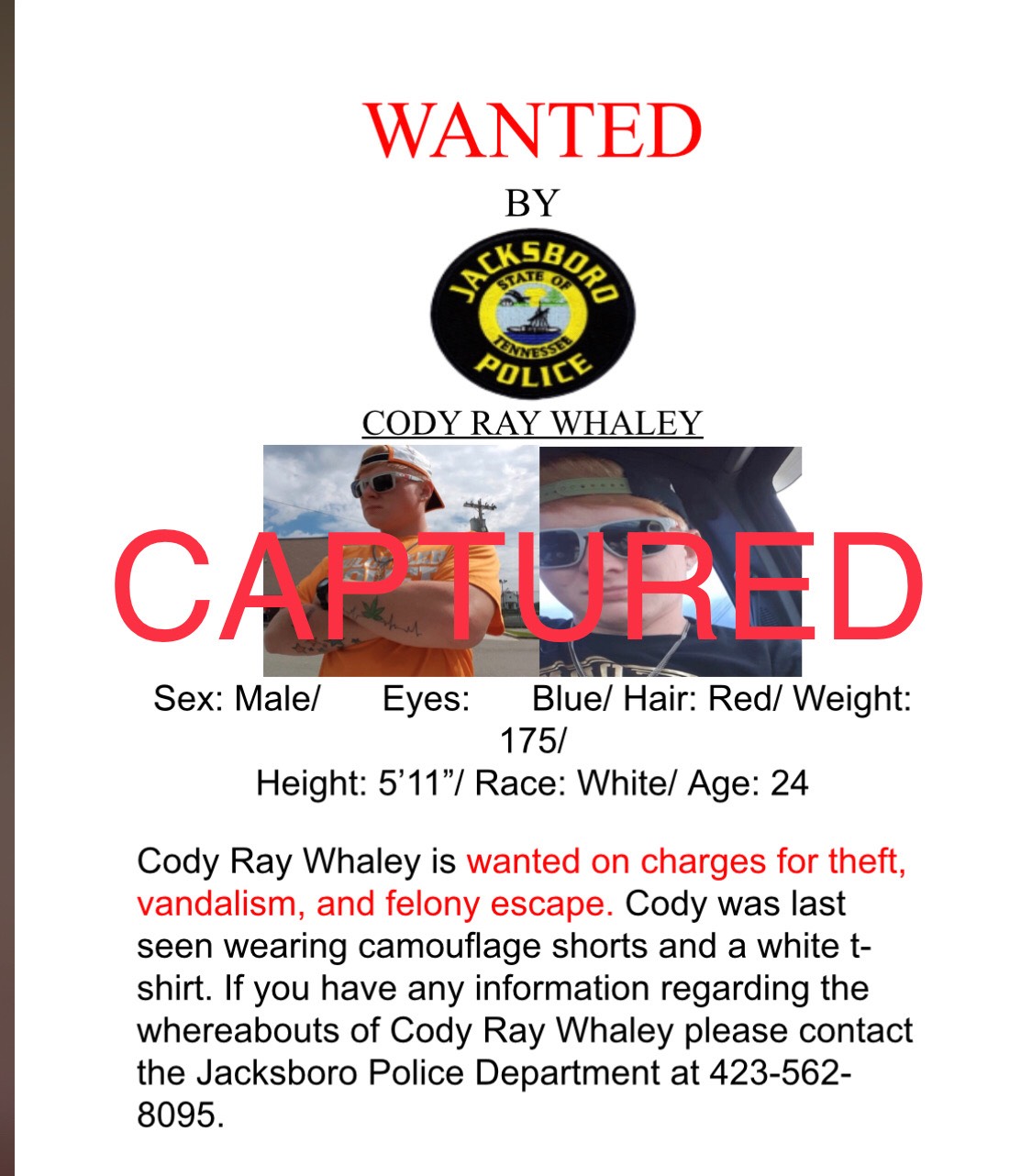 CARYVILLE, TN (WLAF) – A man who has been on the run from law enforcement since Sunday afternoon is in custody at this hour.  At 3:30 am on Tuesday authorities placed 24-year- old Cody Whaley under arrest.

According to officials, multiple agencies were on hand when Whaley was taken into custody without incident near Tennessee Street in Caryville.  He is at the Campbell County Jail. 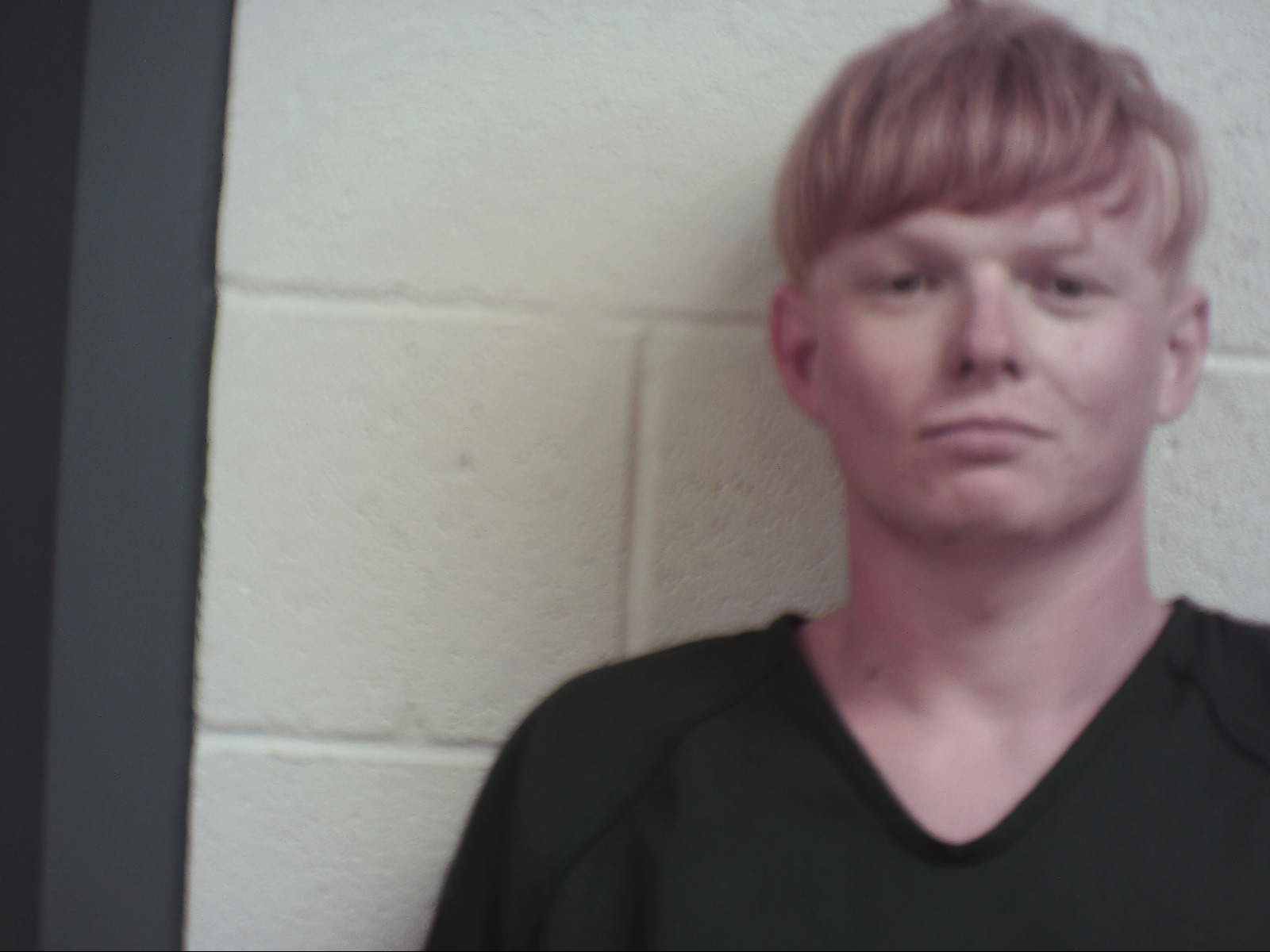 Whaley went on the run in handcuffs.  Chapman noted that when Whaley was located Tuesday morning, he was still wearing one of the cuffs.

Whaley was wanted on vandalism, felony escape and theft charges.  The La Follette man has multiple arrests based on jail records.

Charges against Whaley are officially:

WLAF reported this on Sunday night:

What started as a reported shoplifting call has turned into a man hunt in the Indian Mound Circle of Jacksboro Sunday evening. Officials tell WLAF that 24-year- old Cody Ray Whaley was being detained for shoplifting late Sunday afternoon. However, he ran away from officers and the hunt began just before 5 pm on Sunday.

According to jail records, Whaley, of South 4th Street in La Follette, has been arrested 10 times. His most recent run-in with the law came in late July when he was charged and arrested for criminal trespassing and disorderly conduct. (WLAF NEWS PUBLISHED – 08/20/2019-3:55AM)