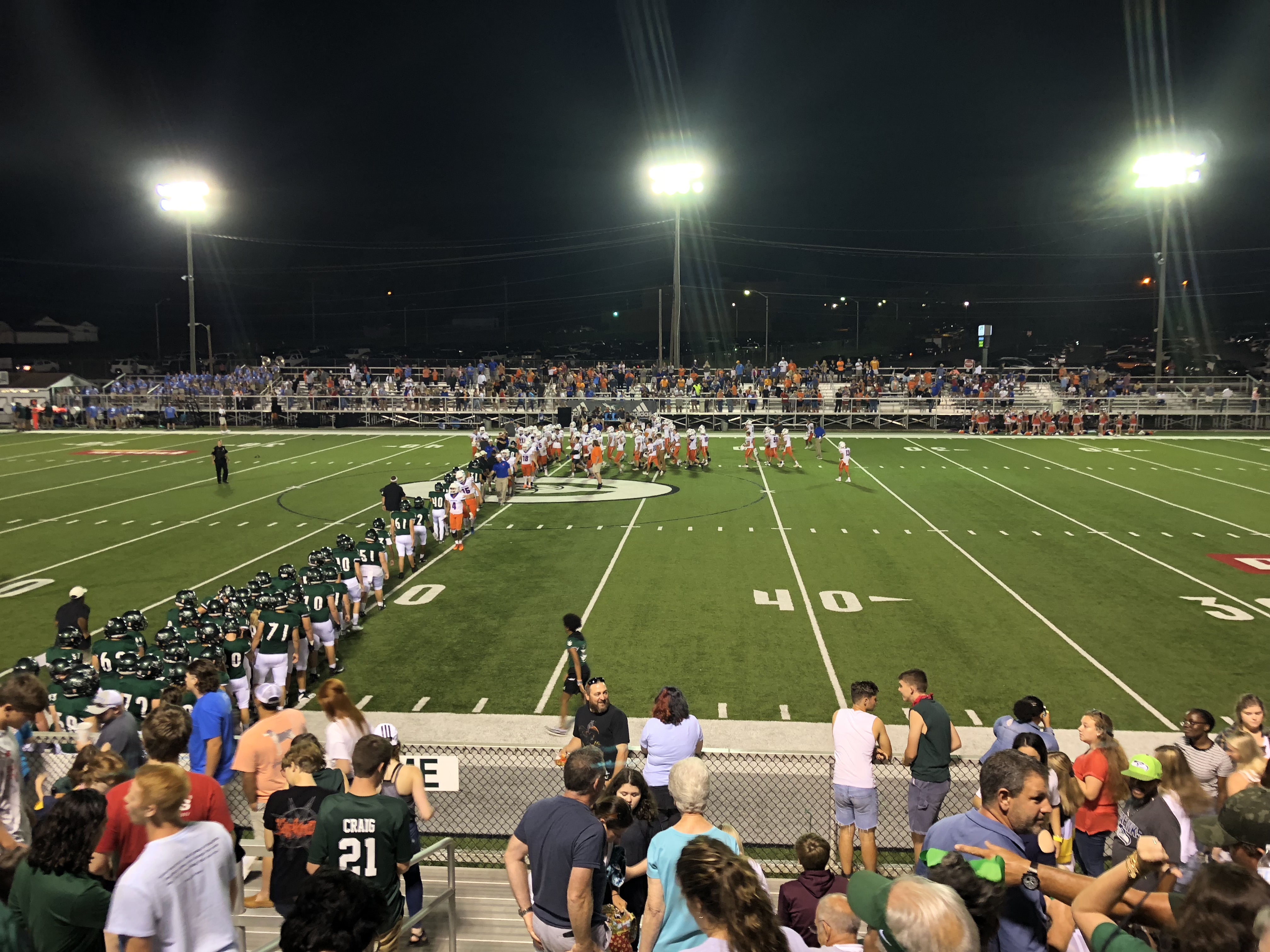 The Cougars won over Carter on a last-play-of-the-game kick by a final of 24 to 21.

KNOXVILLE, TN (WLAF) – “I can tell by the sound of the ball if I’ve hit the sweet spot,” said Campbell High Football kicker Thomas Johnson.  Needless to say, Number 37 hit the sweet spot Friday night breaking the deadlock and lifting his Football Cougars to a walk off win over Carter on Eblin Field at Strawberry Plains.

It was a night the Cougars needed every second the clock offered and every point had to count.  Fortunately for CCHS, five seconds and three points were enough to extinguish the barn burner of a game that became fully engulfed when Carter tied the game at 21 with 8:22 to play. 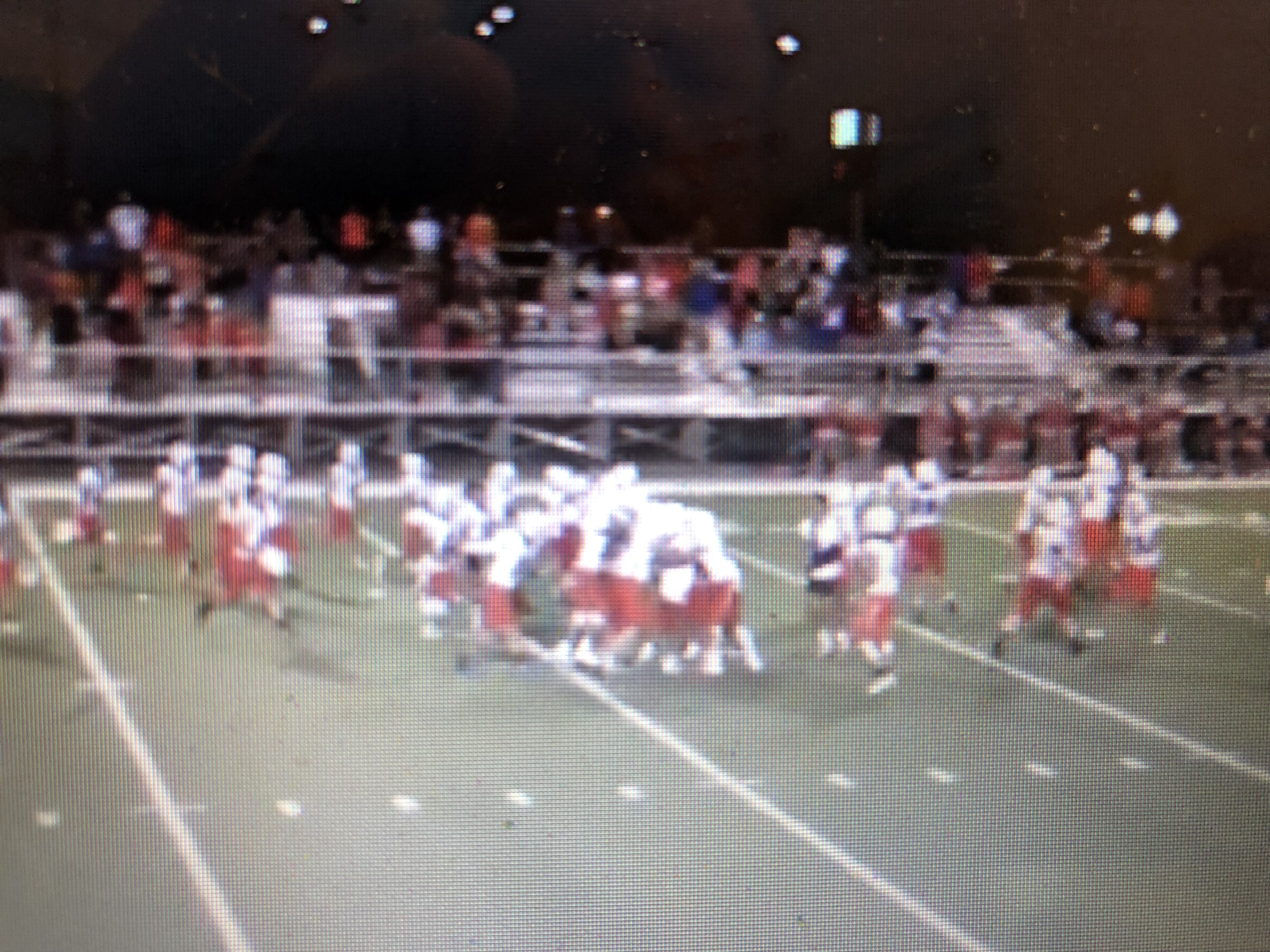 The Cougars start a football season at 2 & 0 for only the sixth time in its 45 year history.  Five of those 2 & 0 starts have come during the Justin Price era now in the 9th season.

Campbell was working with a short field, no time outs and precious little time when it was flagged for an illegal motion penalty at Carter’s 18-yard line with five second to go.  However, Carter declined the penalty forcing fourth down and 10, and the Cougars were going for it with 5.2 seconds reamaining.  Then Carter called a time out.  That allowed Campbell to make a change of plans.

Junior kicker Thomas Johnson, playing in his second ever football game, was told earlier in the 4th quarter to get ready, because the game may come down to him.  So during the final time out of the night, “The Kicker” as he’s called by his teammates, looked at Coach Cody Seiber and said, “I can get this one (the winning field goal).”  Johnson said to himself, at the same time, “If I don’t make this, they’ll never let me kick again.”

Johnson said his longest field goal ever was a 43 yarder in practice, and Friday night’s distance needed was 35 yards.  The young man, who has been playing soccer since he was three -years- old and football since May, described a kick from the right hash mark as hard, which the game winner was.  “I have to alter my technique when I kick from the right hash,” said Number 37.  Friday’s night alteration was spot on as Johnson hammered the football through the north uprights, and even though it was a 35-yarder, it looked like it could have been good from 45.  See the game winning field goal HERE at the 3:14 mark on the clip. 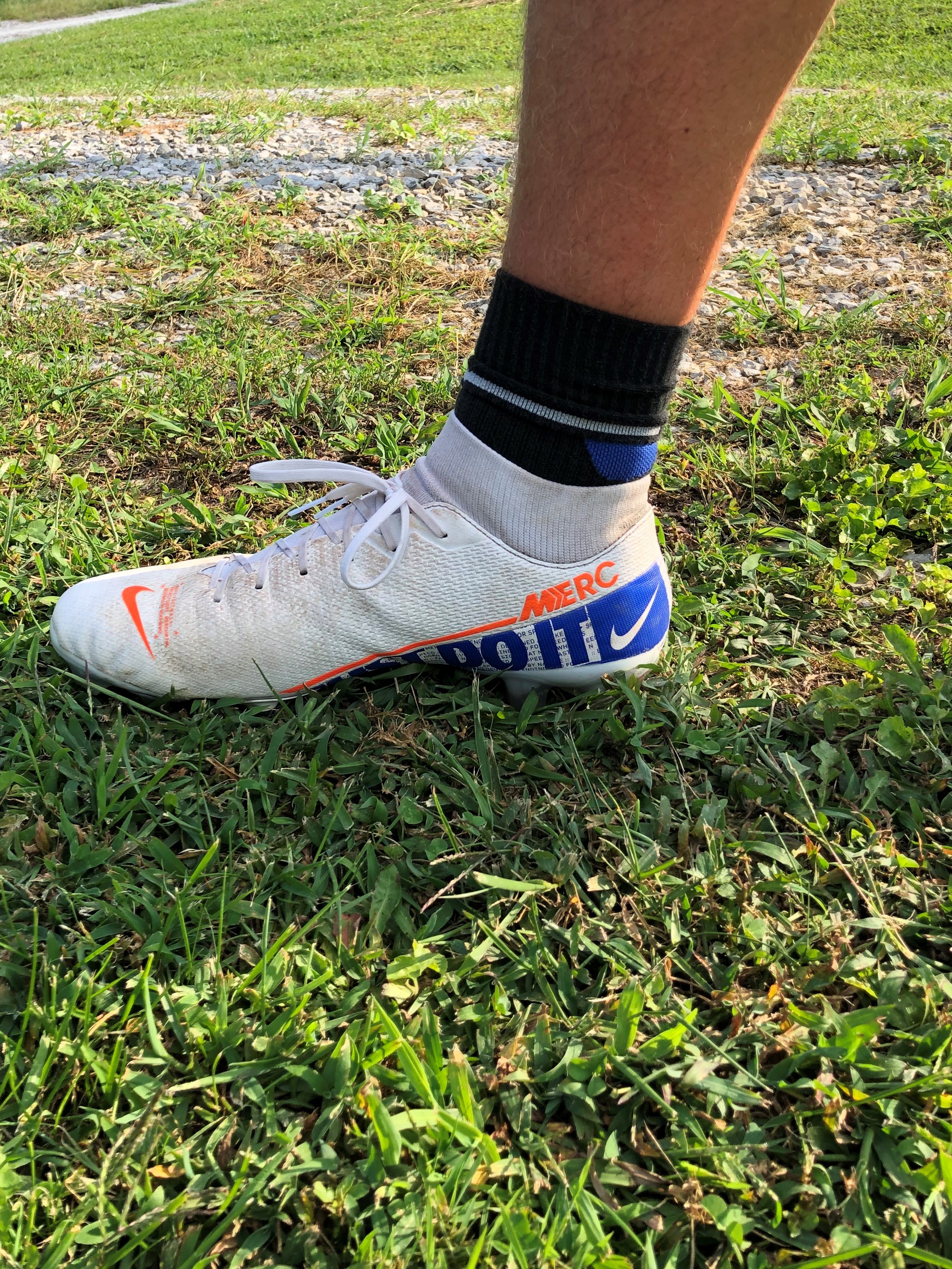 Here’s an up close look at Johnson’s size 9 1/2 soccer cleat he wears to play football and soccer.

Michael Brown is the long snapper while Devlin Dukes is the holder.  That part of the kicking battery had to do its job on Friday night, too, or Johnson’s heroics would have never happened.  “The three of us work well together, and we practice everyday before the team practice starts,” said Johnson.  This is Devlin’s first season as holder, and Johnson adds that he caught on quickly to his new found duties.

Johnson said, “Michael’s snap was perfect, and Devlin caught the ball, set it on the black kicking block and spun the ball around so the laces are away from me, and I hit it.”  He added, “My first thought was just how happy I was, and I wanted to look at Coach Price (Justin) and say I did it.  It took a little bit, but I found Coach.”

Even during his short time as a football player, he’s been asked lots of times “When are you going to kick a game winner?”  Guess we all know the answer to that.  (WLAF NEWS PUBLISHED – 09/03/2019-6AM)

Thomas Johnson wanted to play football after several of his friends on the football team encouraged him to try out.  Coach Justin Price called it a “great idea.”  However, when Thomas asked his mom, she said “no” quite quickly, according to Thomas.  “I kept pounding the idea, and mom finally agreed.  She later said that she’s proud of me, and maybe I was right (about playing football).”  She’s his biggest fan, slightly ahead of dad and big sister.

For the record, Johnson’s kick was the first game winning field goal in the Cougars 45-year football history.  However, Gary Bowlin owns the record for the longest field goal which is a 39-yarder coming in a 16-12 home win over Evarts, KY at CCHS in 1983.

This Thursday is his 16th birthday, and he calls the Carter win and a potential win over Oak Ridge ideal birthday gifts.  He’ll celebrate Thursday by driving his red 1999 Chevy S-10 pick up to school. (WLAF NEWS PUBLISHED – 09/03/2019-6AM)

One Reply to “Campbell kicks Carter; Johnson delivers the walk off win.”