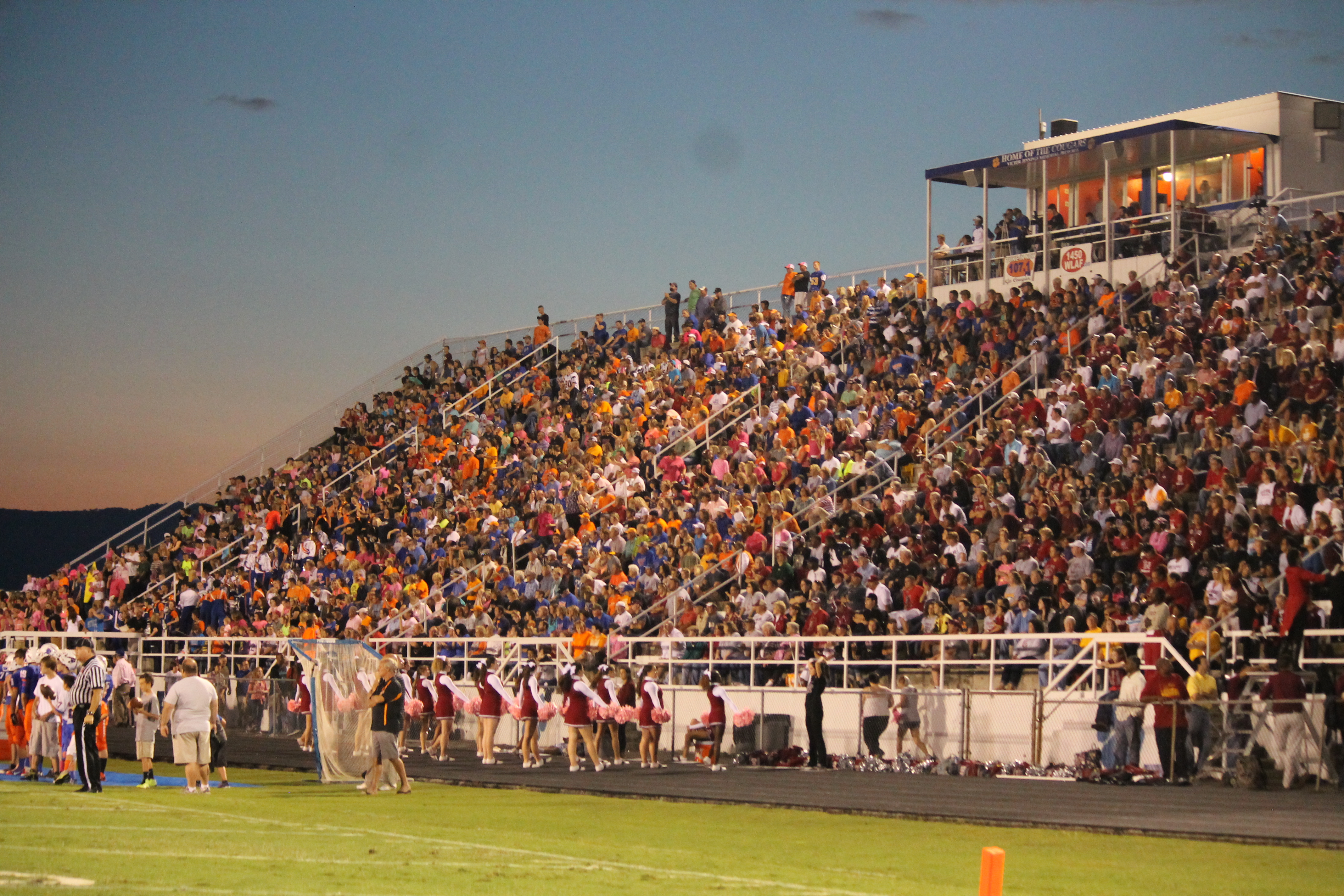 PHOTOS:  The scoreboard stayed on all night reading Campbell County 27 Oak Ridge 14.  The full house of fans on hand to cheer on their 5 & 1 Cougars had high hopes but no idea they would witness history.

JACKSBORO, TN (WLAF) – It’s been six years since Campbell County won a football game against a team that many of us, me included, thought the Cougars would never ever defeat; the Oak Ridge Wildcats.

The young man who quarterbacked that team to the history making 27-14 victory over Oak Ridge was Ethan Jeffers, a junior that season.  Jeffers will be a guest on Friday night’s Ridge Roofing Countdown to Kick Off Show over the WLAF – B & M Tires Sports Network.  Jeffers was 24 of 31 that night for 220 yards to go along with touchdown tosses to Corey Phillips and Trey Torres.  Paul Courdle ran for another score before Nick Bailey added the icing to the victory cake with a 22 yard run with a handful of seconds left. 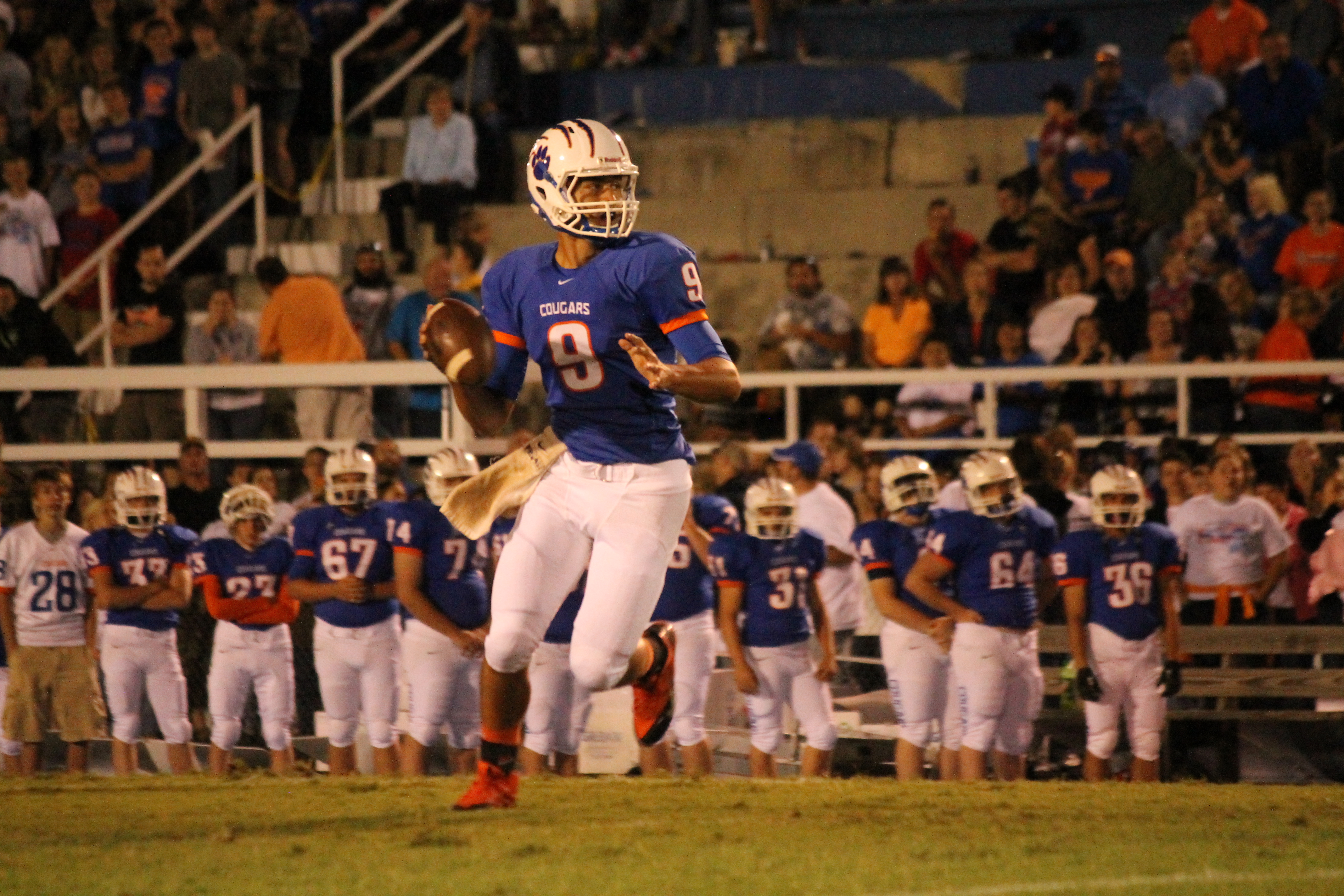 Cougar Coach Matt Price sees some comparisons between current Cougar quarterback Hunter White to Jeffers.  Like Jeffers, White is starting as a sophomore.  Price added White is committing similar mistakes to those of Jeffers at that stage of their careers, and White is also making familiar big plays Cougars fans saw with Jeffers as a sophomore.  “Two games in,  he’s (White) exceeded a lot of expectations,” said Price.

It took Campbell County 39 seasons and 28 games to finally beat the team that the Cougars played in its first  football game in 1975 which ended in a 38-0 win for Oak Ridge at Blankenship Field.  The Wildcats went on to win the state title that season.

Kick-off Friday night at Dossett Stadium is 7:30 pm.  The Oak Ridge at Campbell County football game will be broadcast live over the WLAF – B & M Tires Sports Network.  (WLAF NEWS PUBLISHED – 09/05/2019-6AM)