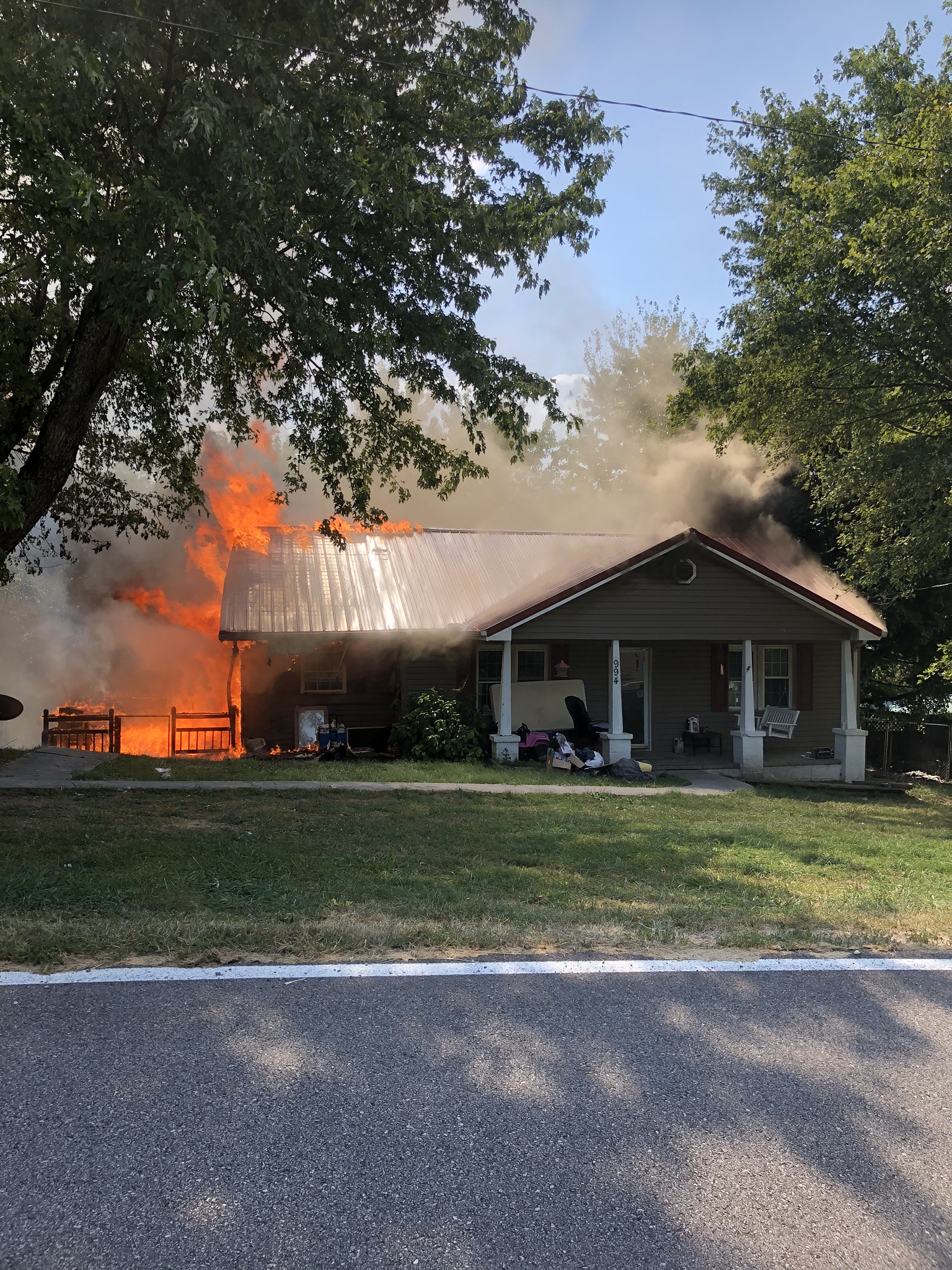 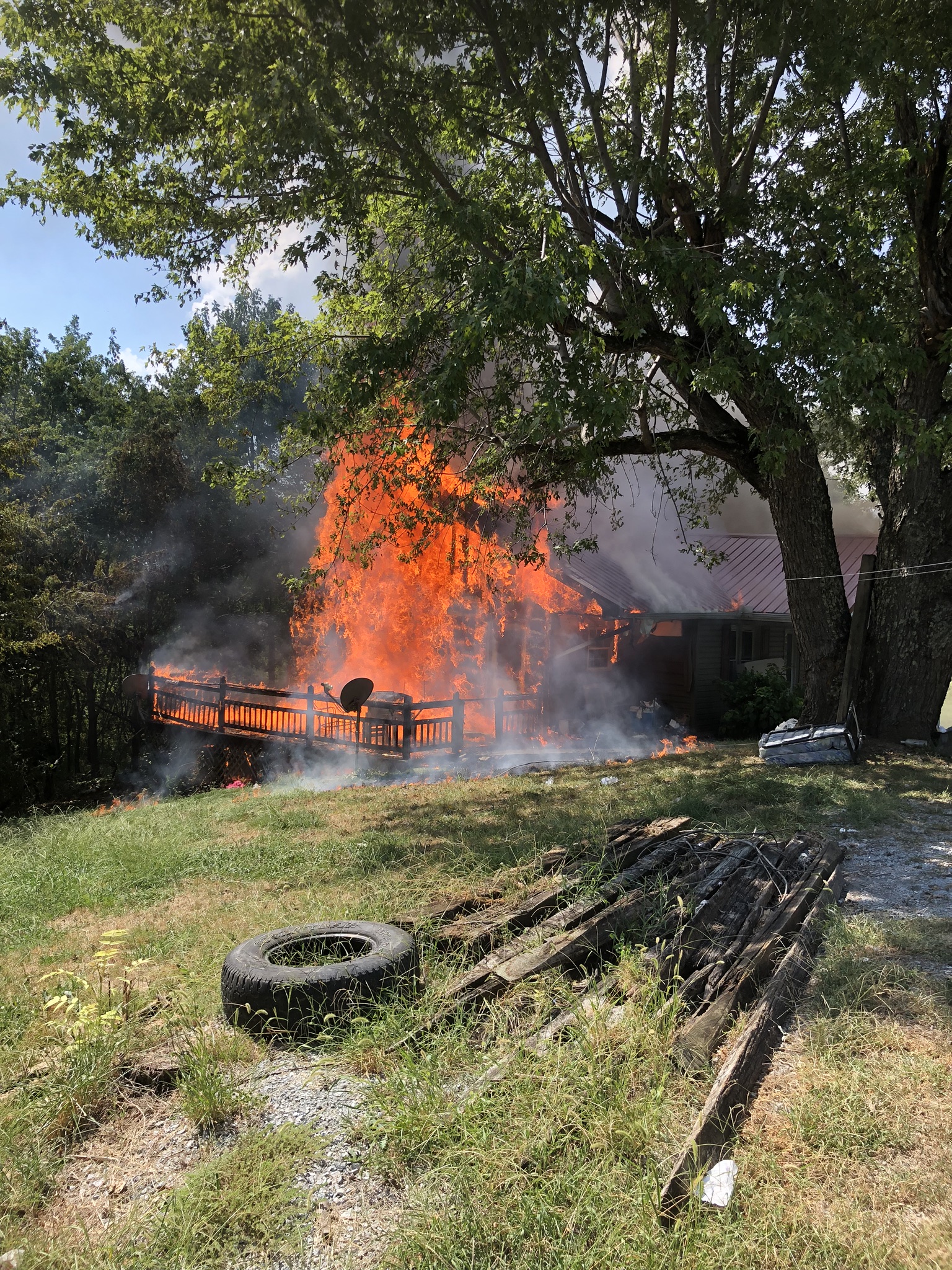 JACKSBORO, TN (WLAF) – Inside a home where Pinecrest Road meets Cumberland View Road a life was saved this afternoon.  One official said, “A car driving by saw the house on fire and called 911.  Dennis Leach ran inside the home, awakened his daughter Erica Kidd, got her out of a recliner and then outside with the help of Campbell County Deputy Gary Cordell.” 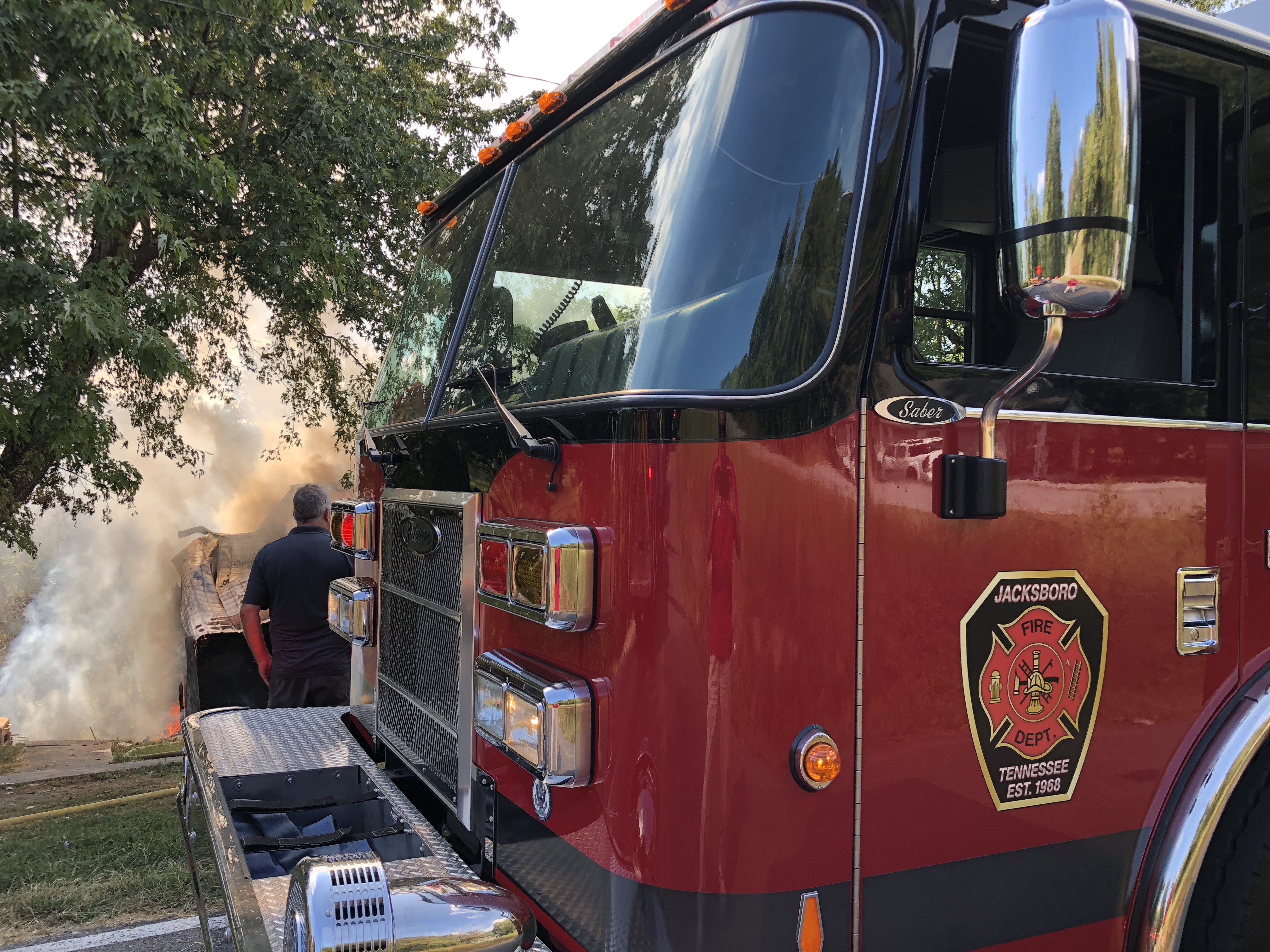 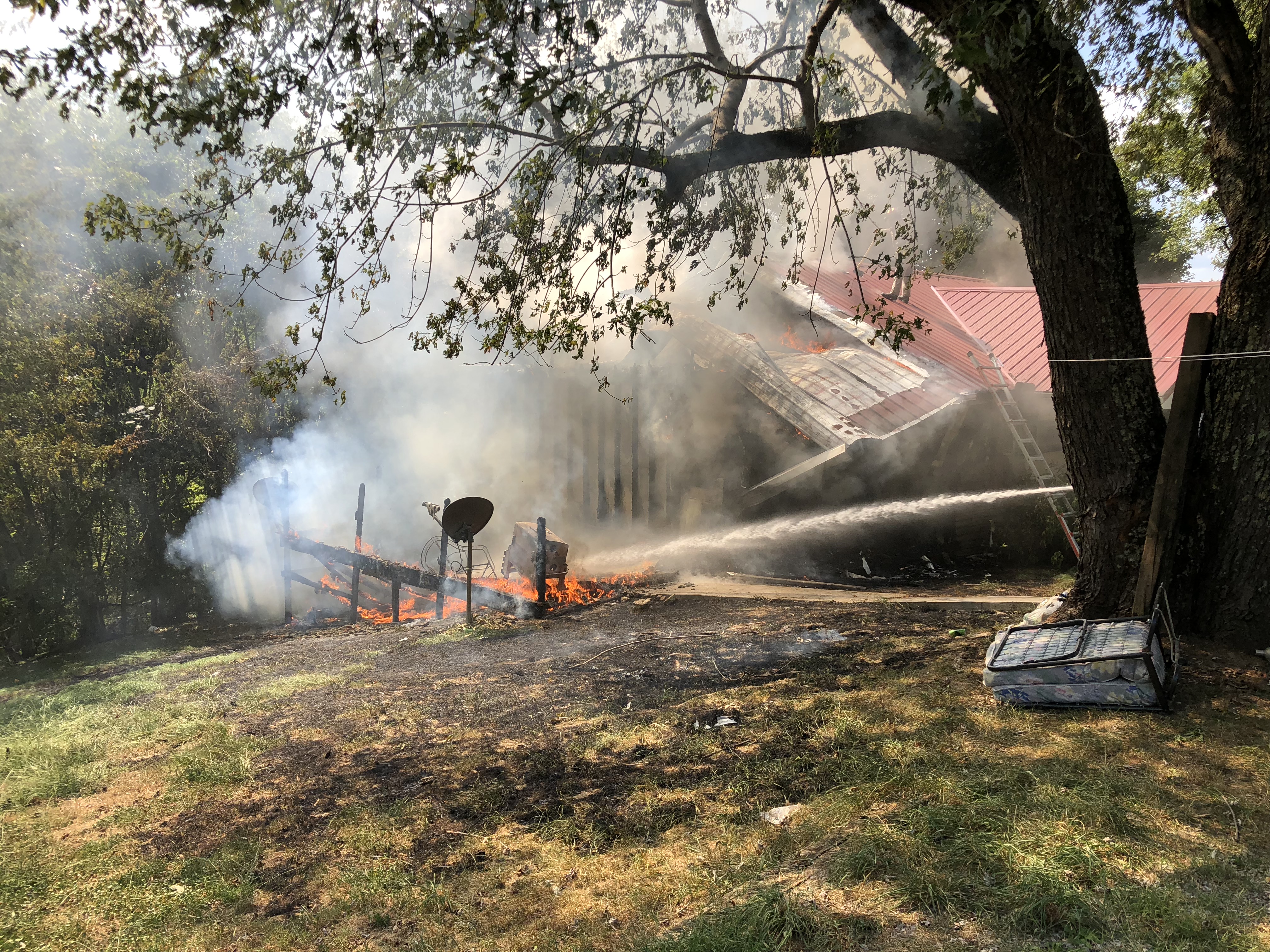 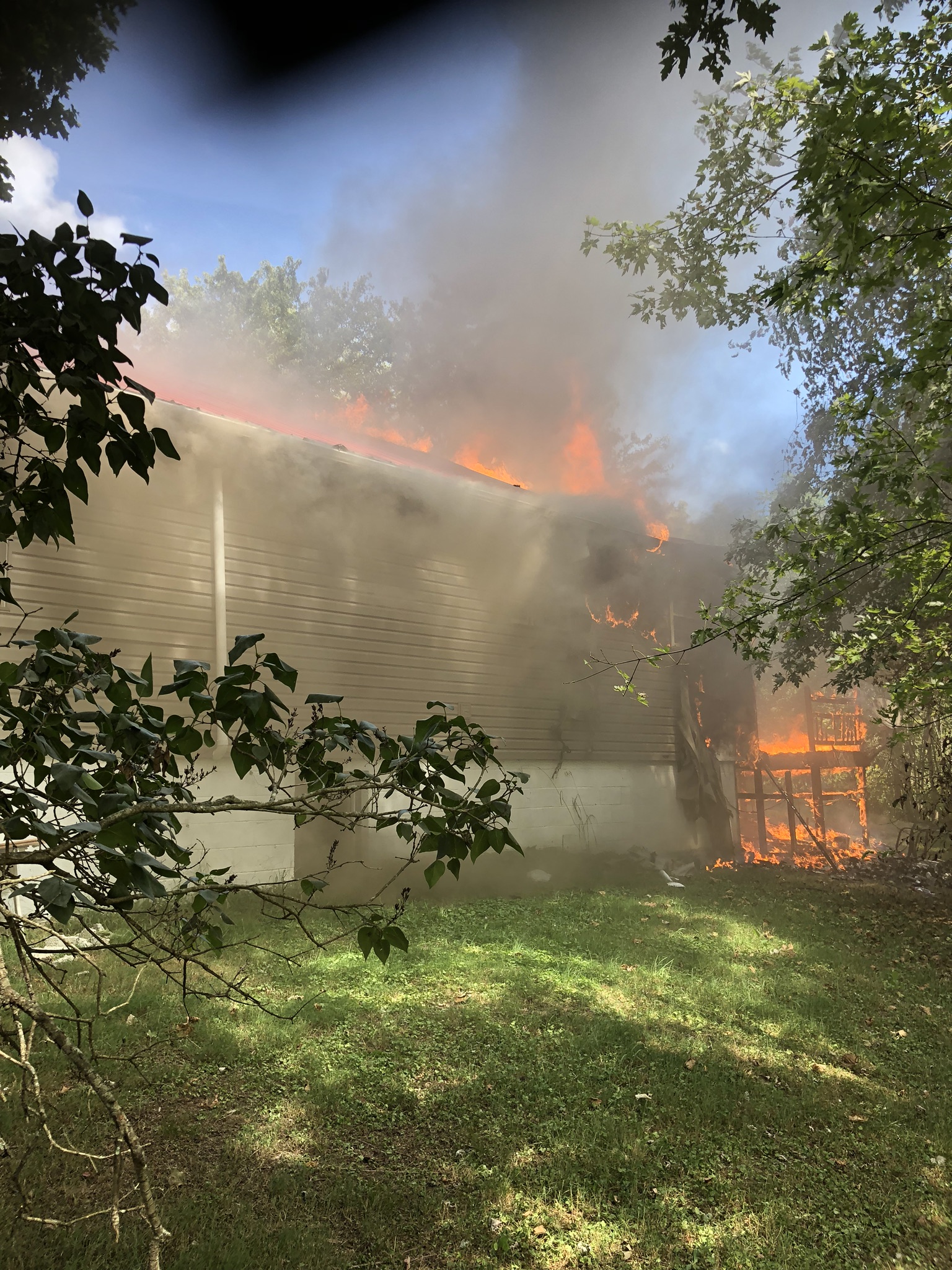 UPDATE:  This is the same home where Kidd was arrested last month along with two other people.  Investigators with the Drug Task Force, the Campbell County Sheriff’s Office and La Follette Police detained eight other people during a raid.  Small children were in the home at the time of the raid and were turned over to the DCS.  Also in the home were large amounts of meth, oxymorphone and suboxone. Investigators figured there would be drugs in the home, because undercover personnel made several drug buys at the home prior to the August 20, 2019, raid.  See the full story HERE.