JACKSBORO, TN (WLAF) – In 2017, Wayne Arnold Moore started a four-hour standoff with law enforcement that ended in his arrest. 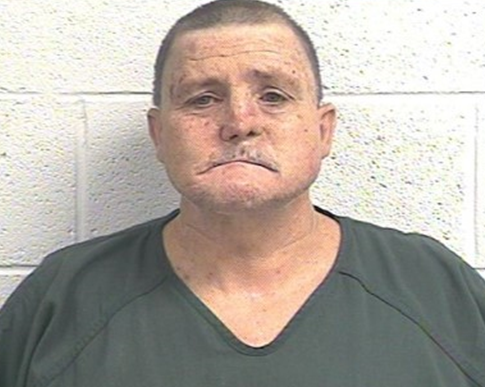 Eighth Judicial Assistant District Attorney Lindsey Cadle said, “Last Wednesday, there was a superceding indictment on the 58-year-old Moore of Jellico (ABOVE) as upon discovery five more charges stemming from that incident were added to Moore’s already pending indictments.  The bulk of Moore’s charges came during the initial indictment which came soon after his November 2017 arrest.”  Moore, who has been in jail since his arrest, is scheduled to appear in court on November 13, 2019.

He faces four counts of attempted second degree murder for making an attempt on the life of four Campbell County Sheriff’s Deputies. Along with that felony, Moore was indicted on three counts of aggravated assault, three counts of employing a firearm in the commission of a dangerous felony, one count of reckless endangerment and possession of a handgun by a convicted felon.

In November 2017, the CCSO responded to a report of a man driving a four-wheeler and firing a weapon at vehicles along Elk Main Street in Pioneer. When the deputies arrived, Moore confronted them in the middle of the roadway.

“Moore fired shots at deputies, and one of them returned fire,” a release provided to media at the time said.  No one was struck. Moore then fled the scene and barricaded himself inside an abandoned house.

“The Campbell County SWAT team responded to the location and began negotiating with Moore. After approximately four hours, Moore came out of the house and was taken into custody without further incident.”

When the case was presented to the Campbell County Grand Jury last week, more than 30 people were listed as witnesses to the Moore’s crimes.