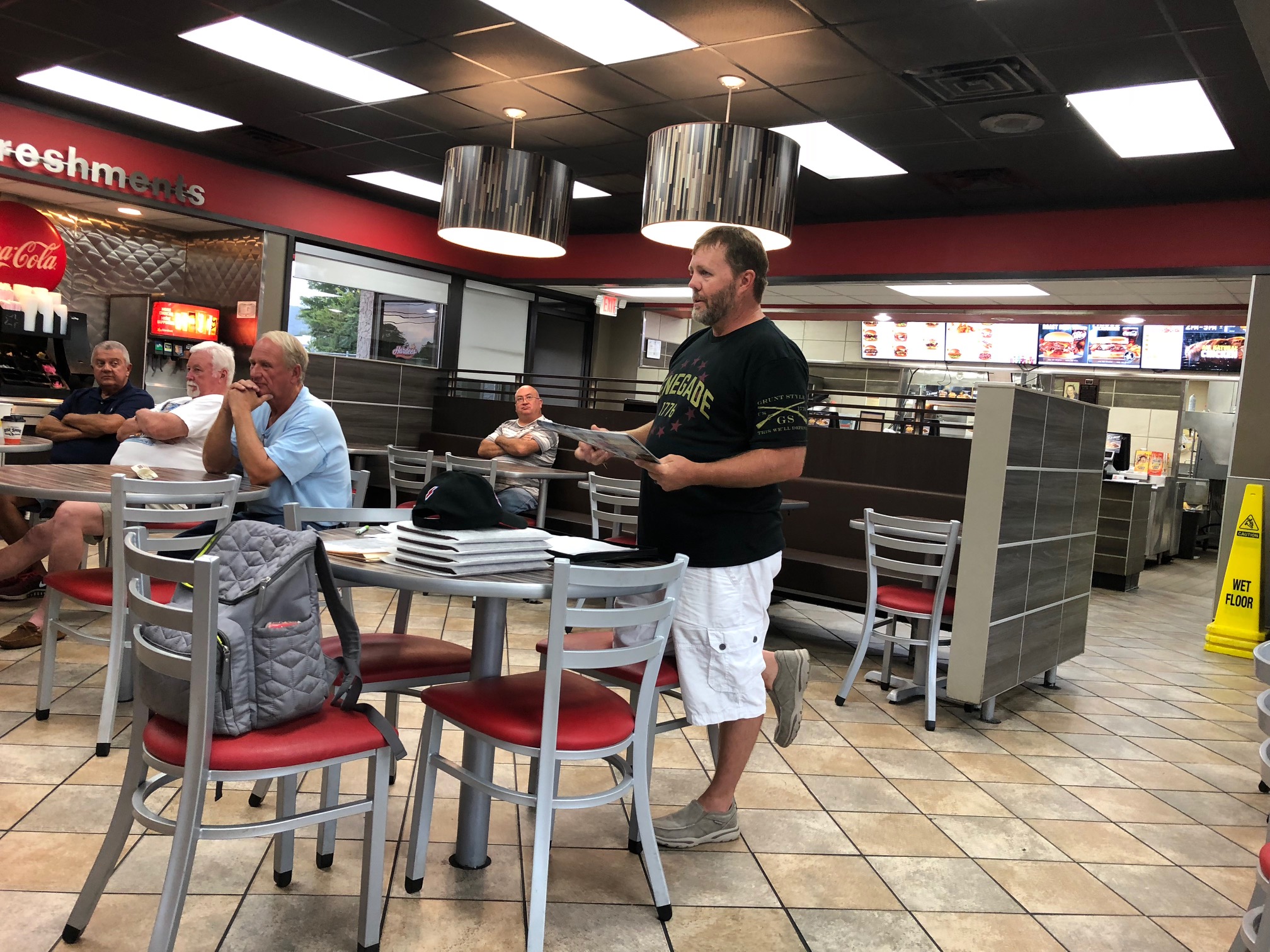 LAFOLLETTE, TN (WLAF) – The LA Cruizers held a follow-up meeting Monday night at Hardee’s on the heels of its big weekend Open Show. 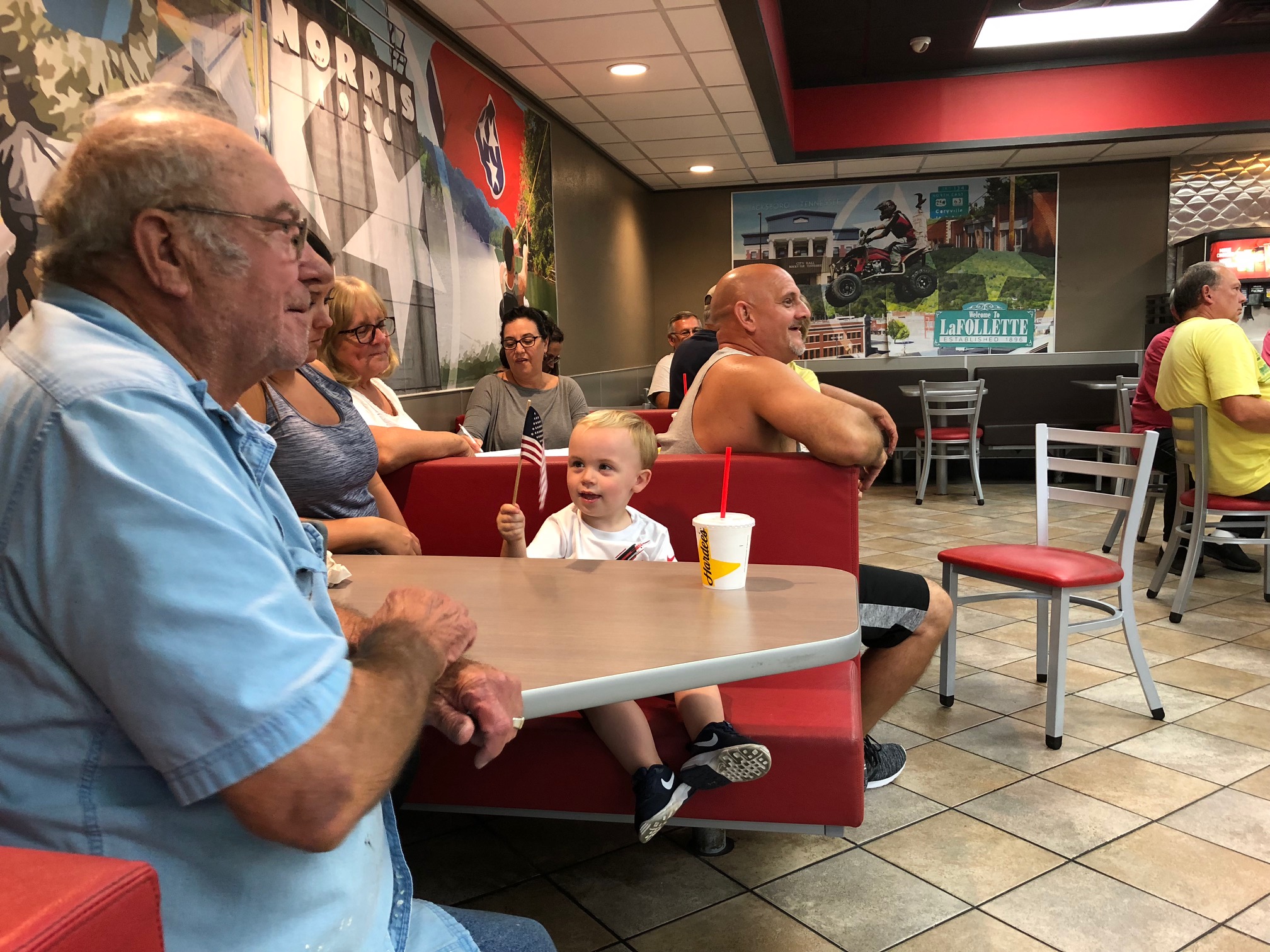 Carson Hatmaker took care of the US Flag after the Pledge of Allegiance.

All the numbers, from hot dog sales to the car raffle to the attendance, were announced resulting in the Cruizers biggest show since 2017.  “We had a lot of people who came and stayed for most of the event.  And that was good,” said LAC President Tom Hatmaker. 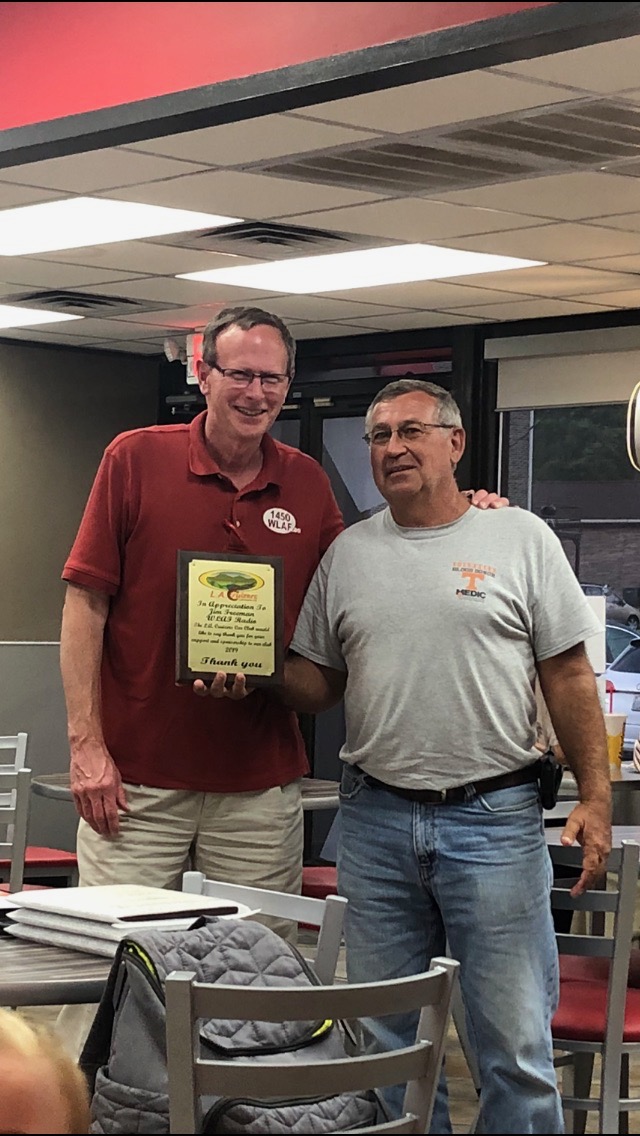 The Cruizers expressed their appreciation to the many who helped make the show a success.  Jim Freeman accepted an appreciation plaque on behalf of WLAF from Tony Heath with the LA Cruizers.

Heath said, “This is so good, because it will allow us to have another big Christmas for the kids.”  The Cruizers pour the money they earn right back into the community including the Campbell County Cancer Association.”  (WLAF NEWS PUBLISHED – 09/24/2019-6AM-PHOTO COURTESY OF GAIL PARKS)