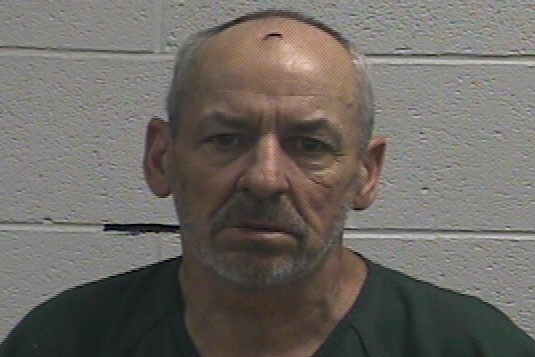 JACKSBORO, TN (WLAF) – Wayne Walden (above) will go to prison for the crimes he committed in early 2018.

He was sentenced to serve 20 years at 30 percent, according to court records, for attempting to kill family members.

On Monday, the 60-year old Walden pleaded guilty to attempted first degree murder, kidnapping, five counts of aggravated assault, aggravated stalking, vandalism under $1,000, two counts of reckless endangerment with a deadly weapon and six counts of coercion of a witness.

On the evening of Feb. 13, 2018, Walden and Deborah Nelson, La Follette, were in separate vehicles in the Indian River Village neighborhood, when Walden allegedly shot Nelson, La Follette Chief of Police Bill Roehl detailed to WLAF at the time.  After the gun was fired, Nelson drove to the parking lot behind the LPD, and Walden left in the opposite direction. LPD Officer James Farmer began giving first aid to Nelson with the ambulance soon arriving and taking her to the hospital.

Officers with the La Follette Police Department, Campbell County Sheriff’s Department, and the Eighth Judicial Drug Task Force were involved in the search for Walden and his white pick-up truck. Walden led police out of La Follette and up the valley into the county. After a couple of hours, when Walden was spotted again, he sped up, then lost control of his truck in a curve, and wrecked striking a tree on Bethlehem Road. He was transported for treatment at the La Follette Medical Center. Walden was later arrested.