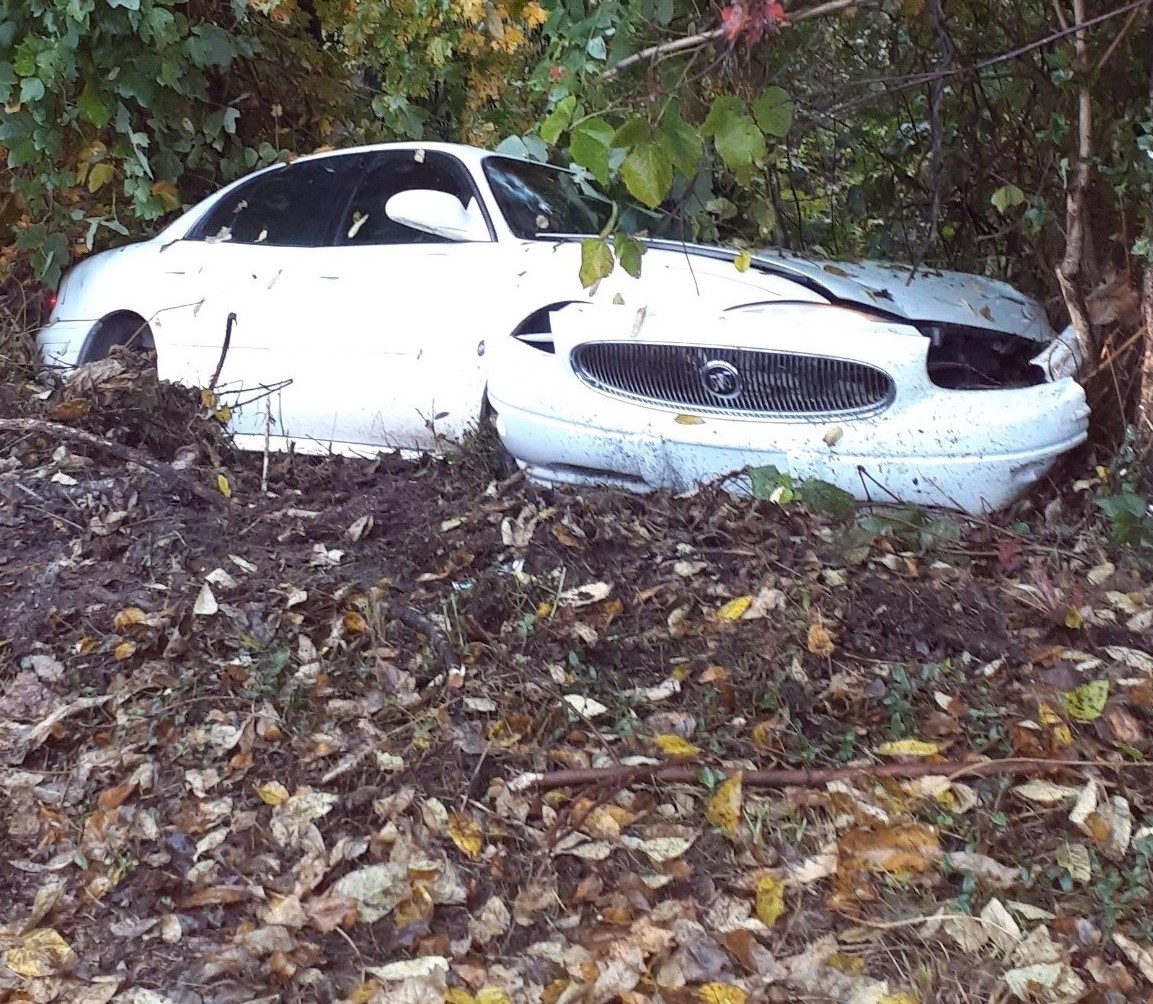 LAFOLLETTE, TN (WLAF) – A car could not navigate the deep bend on North 9th Street in La Follette just after 5:30 pm Wednesday and wrecked, according to authorities.  The driver fled on foot after wrecking the car.  One observer thought he saw at least one other person bail out of the car and bolt.  At last word, La Follette Police appeared to have the people from the car hemmed in somewhere around West Prospect Street.  (WLAF NEWS PUBLISHED – 10/30/2019-6PM)