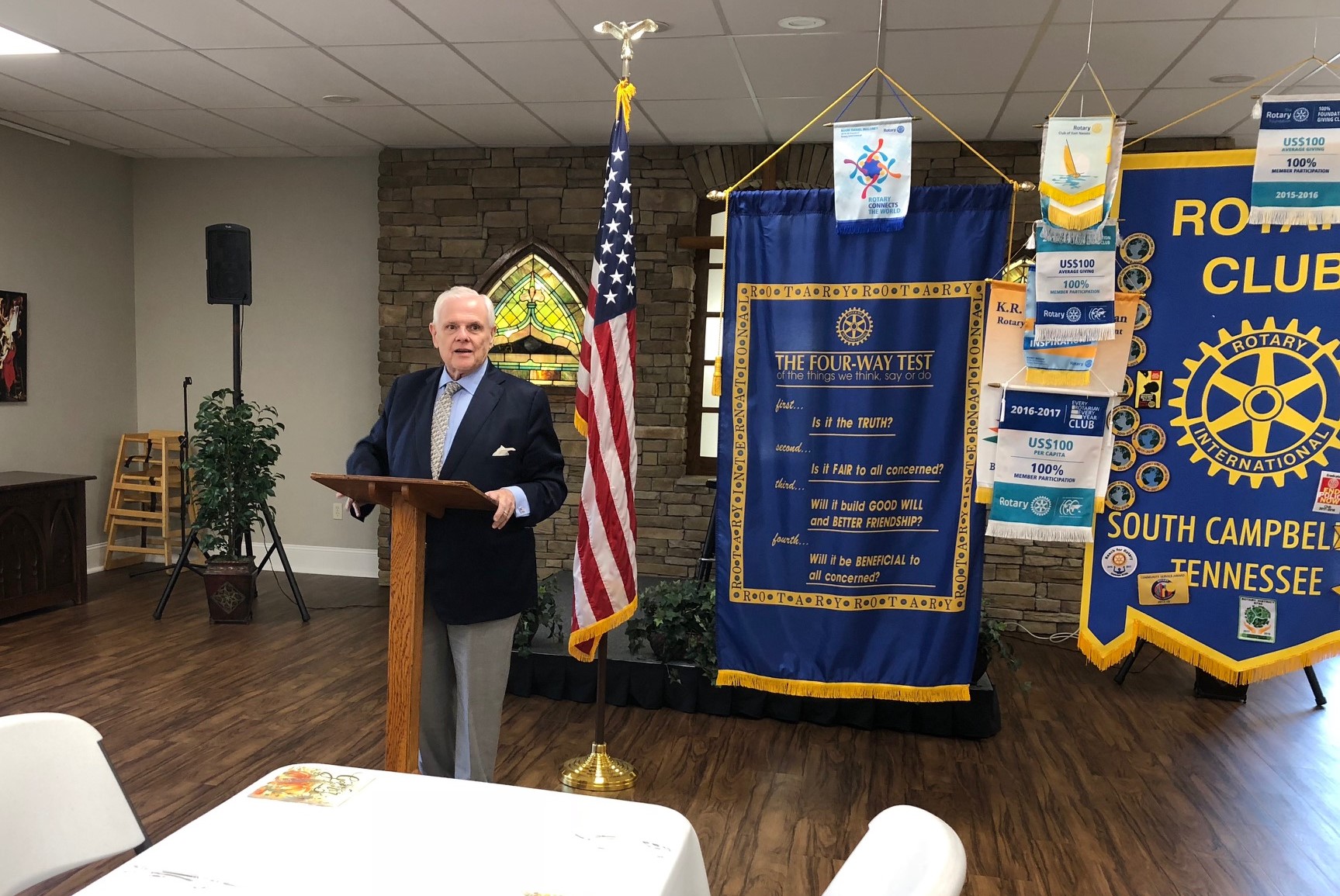 LAFOLLETTE, TN (WLAF) – State Sen. Ken Yager was the featured speaker at yesterday’s  Rotary Club meeting.  He told the crowd  they would be hearing an extended version of his comments he made earlier in the day at TCAT’s ground breaking ceremony.Yager shared several uplifting comments about the state’s well being.  He said, “Tennessee is in the best shape in my life time.  The legislatures and governors before me have worked to make sure Tennessee is solid.”

He added that Tennessee is ranked first in the country by US News and World Report as the best managed state.  (WLAF NEWS PUBLISHED – 10/30/2019-6AM)