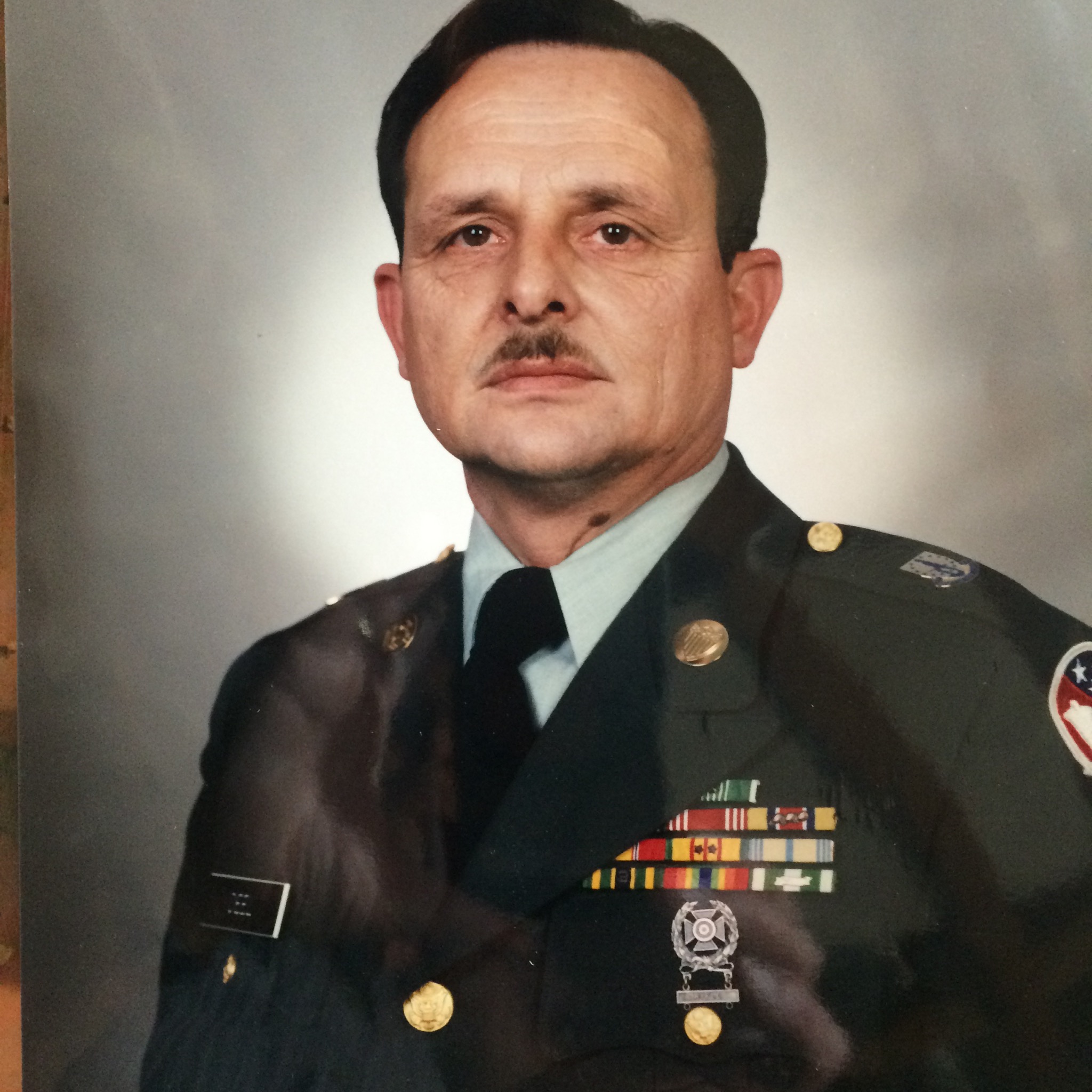 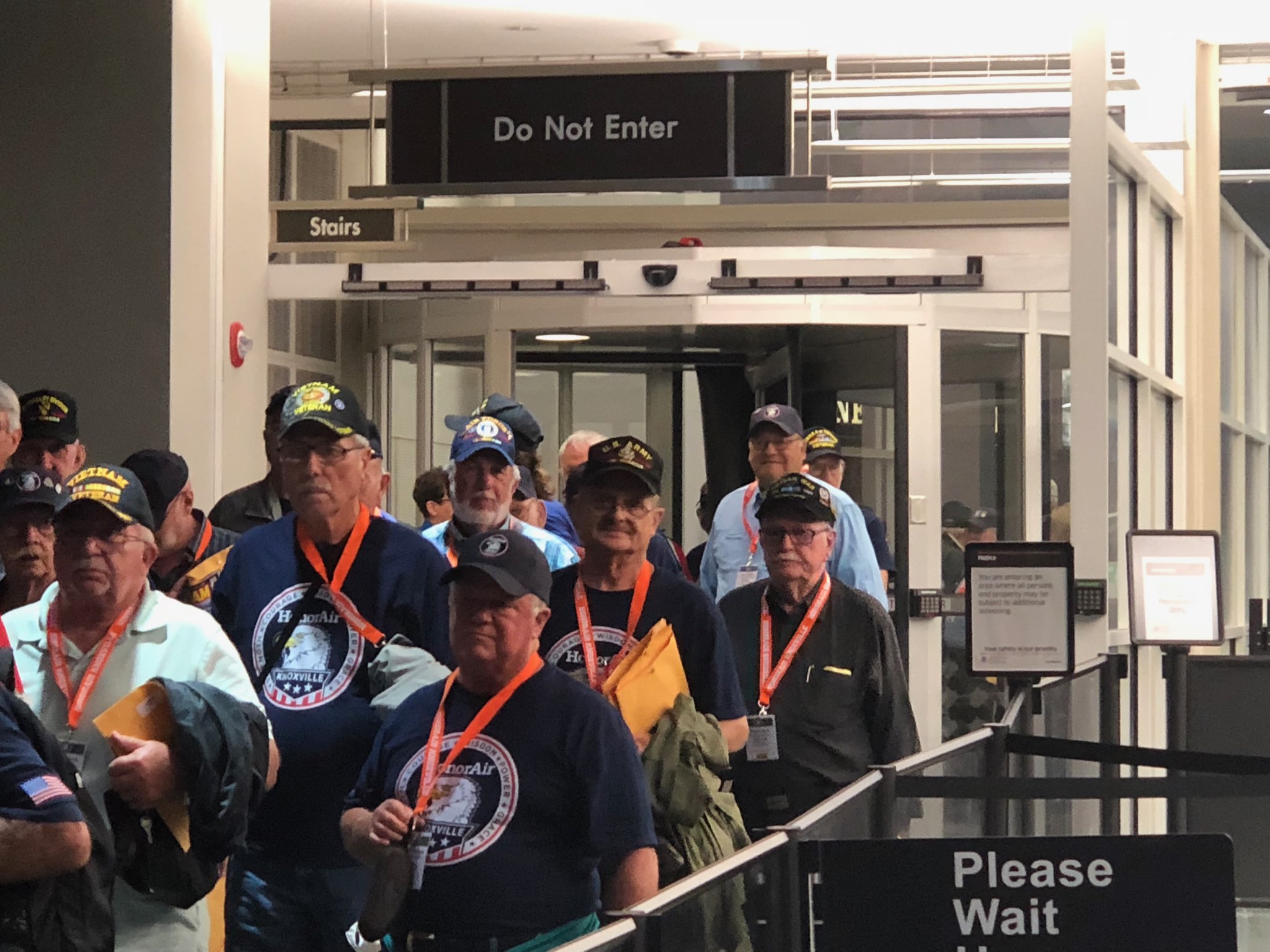 Dwight Deel is shown here in a WLAF file photo returning from an HonorAir trip to Washington, D.C.

JACKSBORO, TN (WLAF) – United States Army Veteran Dwight Deel  pulled three tours of duty in Vietnam. He credits “the Lord” for bringing him home each time. Deel, who was born in Virginia, has lived in Tennessee since 1968 when he was released from the Army and came to Campbell County while working for the photography company Olan Mills. It was here that he met his wife Cloris Hardwick and decided to stay.

His career in the Army began in 1965 when he first went to war.

“Uncle Sam said go, so I went,” Deel said, explaining that he was sent back two more times before the war was over.

He wanted to take pictures of the war and “be the next Ernie Pyle”, but Uncle Sam had other ideas.

“The Army wouldn’t let me. They wanted me to carry a weapon instead of a camera, but who knows, maybe I wouldn’t have made if back alive if I had been taking pictures.”

During this time in Vietnam, he was in the 39th Signal Battalion, which was attached to the 11th Armored Cavalry.  His main job during the war was to train South Vietnamese soldiers. He said he had to take a special course to learn the language and customs of the country before he went.

“At that time, I could almost speak South Vietnamese fluently,” Deel said. Due to the nature of his job, he travelled all over Vietnam and was in “nearly every province”. He said he has a lot of good and bad memories of his time “over there.”

“I met a lot of good people over there, Vietnamese soldiers and civilians alike and I made a lot of life-lasting friendships with them.”

While in Vietnam, Deel almost lost his life when he contracted dengue fever from the bite of a mosquito.

“I thought I was going to die, but the lord saved my life and my soul too,” Deel said.

It was on his final flight home from the war that “the lord saved his life once more” when the airplane he was on hit an air pocket and dropped “forever.”

“I thought here I am without a rock or a tree to hide behind after surviving three tours over there and I’m going to drop into the drink,” Deel said. 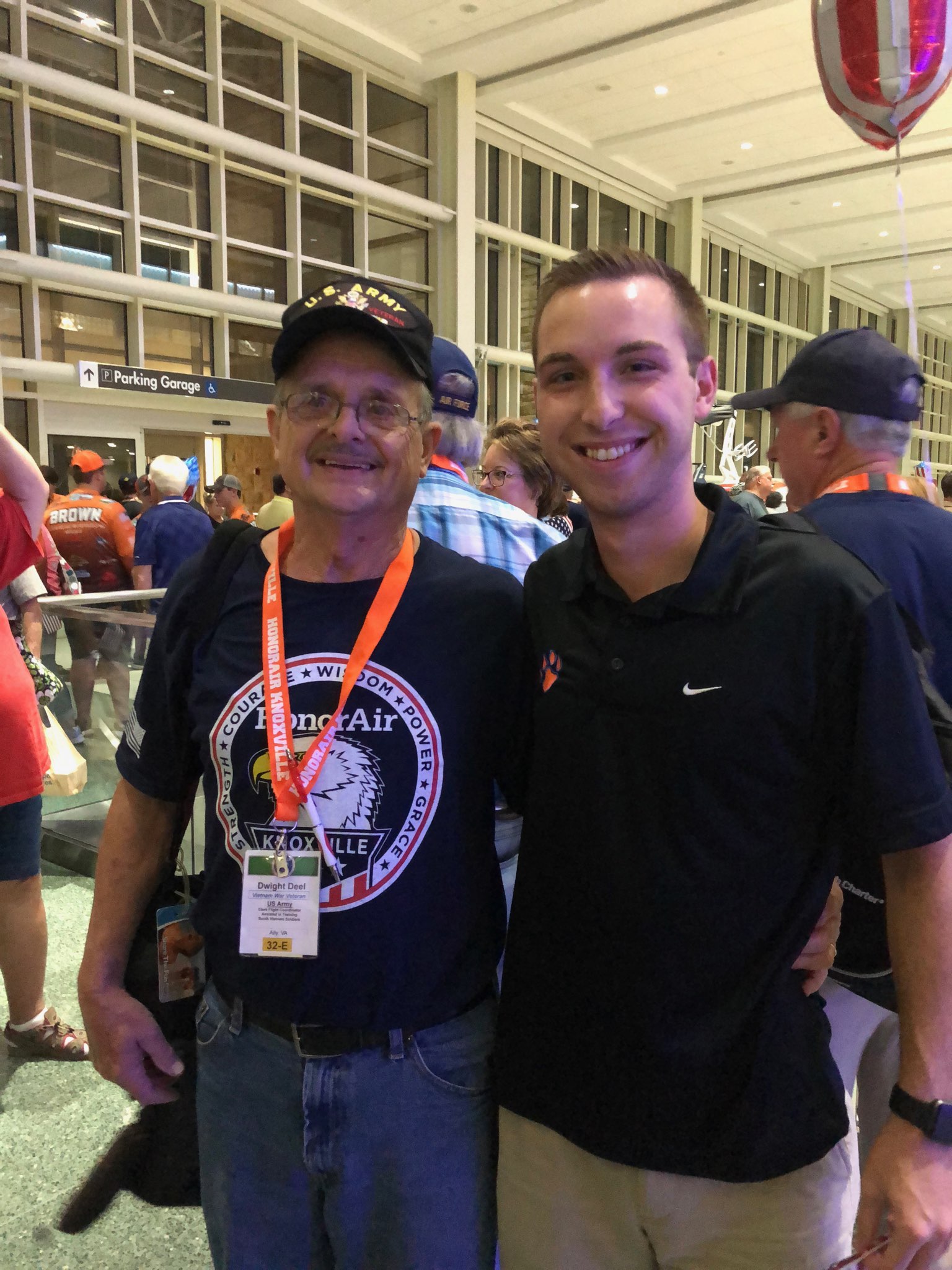 Deel (L) is greeted at McGhee Tyson Airport by his nephew Noah Smith on his return from an HonorAir flight to Washington, D.C.

In 1977, Deel joined the Army Reserves and was attached to the 489th Civil Affairs Unit in Knoxville. Also during his time in the Army Reserves, Deel taught Non Commissioned Officer Education courses for the last 15 years of his career with the 100th Training Division out of Louisville Kentucky. He was the state director for Tennessee for Non-Commissioned Officer Training.  In total, Dwight Deel gave 35 years of service to his country before retiring as a master sergeant.

“I’m a jack of all trades, but master of none,” Deel  joked, adding that he had also worked in Oakridge for Y-12 for 30 years as well, saying he was “a soldier patriot and a cold war patriot.”

Since June of this year, Deel has been working on a project near and dear to his heart. After meeting and talking with other Vietnam veterans, Deel had the idea to have t-shirts made and hand them out to Vietnam vets. So far, he has given out 85 shirts and plans to keep up the project. The shirt design, which he credits as coming from “the Lord,” has the inspiring logo “My uncle sent me to Vietnam, but my Father brought me home.”

He said that’s what stands out the most to him of his experience in Vietnam; that the Lord brought him home all three times.

“I served my country for 35 years and the rest of my life, I’m going to serve my savior.”