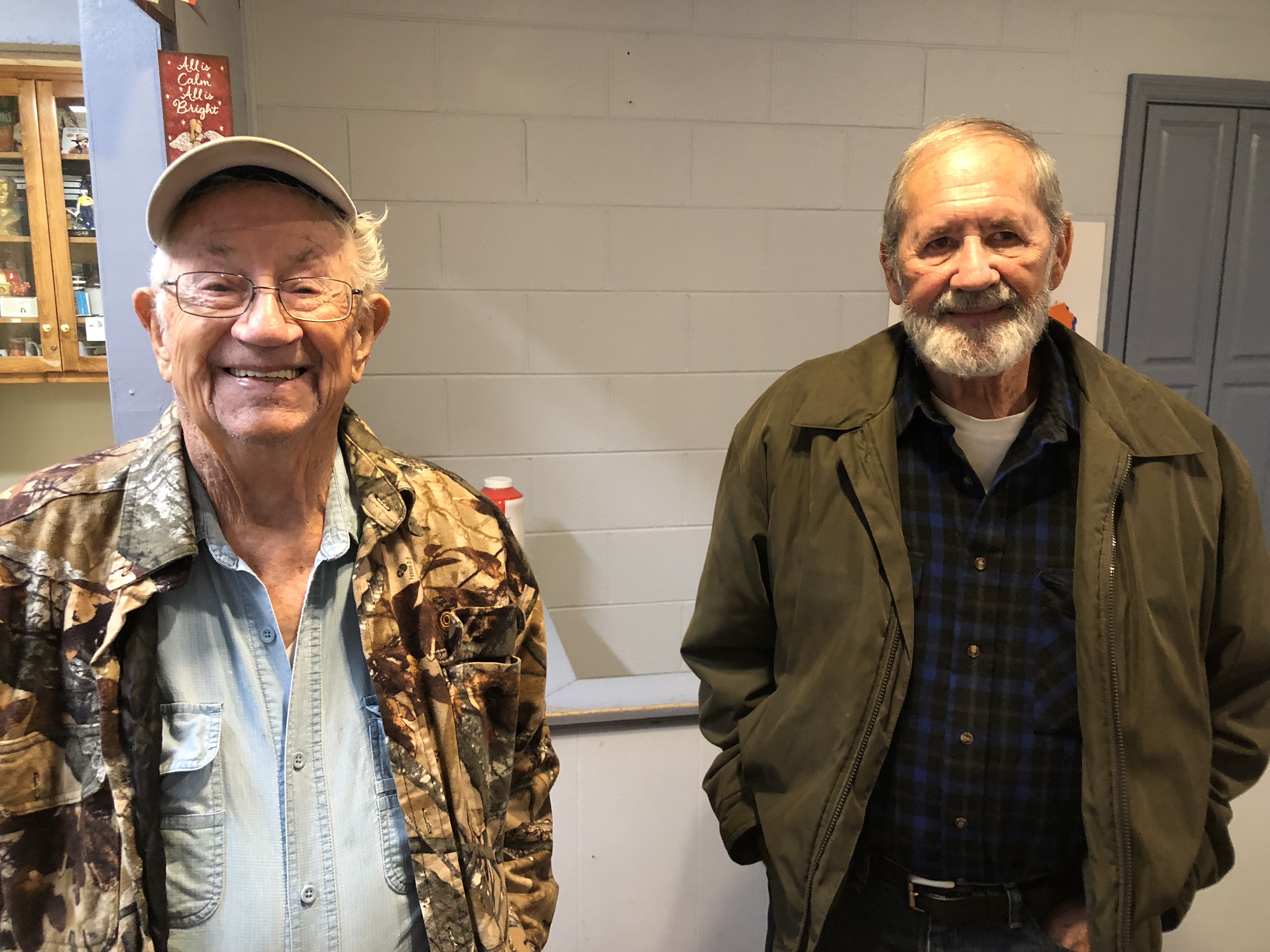 One of December’s stories featured Frank Bailey (left) and his brother Eddie (right) who were asking for you to send a Christmas card to their other brother, Dennis.

LAFOLLETTE, TN (WLAF) – With 2019 coming to close, WLAF is looking back at the stories that made headlines for the year. Today, November and December are featured.

LAFOLLETTE, TN (WLAF) – Conrad Troutman, a pillar of the legal community, has died.  The La Follette native was not only a local attorney, he served as the Eighth Judicial District Circuit Court Judge for three decades.  He passed away around 1 pm Wednesday at La Follette Court Assisted Living.  Read more HERE.

There are heroes among us: Marine Steve M. Goins

LAFOLLETTE, TN (WLAF) – “I was drafted and thought I was going into the Army,” said former US Marine Steve M. Goins (above).  But, instead, he became a leather neck.  Read more HERE.

Caboose 101 as told by Hack Ayers

LAFOLLETTE, TN (WLAF) – About a year ago, Hack Ayers and WLAF’s Charlie Hutson, called “Junior” by Hack, dug through some photos and landed what they sought; photos of the caboose.   In the meantime, Ayers schooled Junior on Caboose History.  Read more HERE.

Orick chosen as president-elect for TCCA

Behind the scenes before and after the Christmas Parade

LAFOLLETTE, TN (WLAF) – Long before the date for the next Christmas Parade is released, La Follette Chief of Police Bill Roehl and members of his department are already planning for the parade.     “We need to make sure we have plenty of officers available, because the majority of our officers have to be here to make it happen.  Training, vacations and the regular work schedule are worked around,” said Roehl.  Read more HERE.

All this Korean War veteran wants is a Christmas card

LAFOLLETTE, TN (WLAF) – Friday afternoon, the Bailey brothers stopped by WLAF with a simple request.  They wanted to get the word out for folks to send their brother Dennis a Christmas card.The 89-year- old Dennis Bailey, who grew up in the Bethlehem community, served two different tours in the Korean War.  These days, he resides at the Ohio Veterans Home near Cincinnati.  Brother Frank, 91, and 79-year-old Eddie Bailey asked Dennis what they could get him for Christmas, and he said all he wanted was some Christmas cards. Read more HERE.

Hickman retires from Peoples Bank of the South

LAFOLLETTE, TN (WLAF) – Logan Hickman has announced his retirement as Executive Vice President at Peoples Bank of the South. He has been with the bank for the last 17 years. Prior to that, he was in the military for 22 years.  Read more HERE.  (WLAF NEWS PUBLISHED – 01/02/2020-6AM)