JACKSBORO, TN (WLAF) –  The county animal shelter was the major topic of discussion at Monday’s county commission workshop, with commissioners learning that over $23,000 in repair work to the shelter may have to be completely re-done.

Last fall, a contractor applied epoxy to seal the concrete floors and walls in the kennel area, which were found to be a source of bacteria spreading disease among dogs housed in the kennels. Until the project is completed, the shelter cannot accept new animal intakes except in emergency situations.

Last month shelter administrator Patricia Siwinski asked commissioners to approve an additional $1,200 to complete epoxy treatments on areas not included by the original contractor. This month, Siwinski reported that the new epoxy coating on floors and walls was not holding but would come off when exposed to pressure washing.

In an email to WLAF from Patricia Siwinski dated 01/14/2020/7:01 pm, she notes:  “Please be advised that the entire kennel area floor/wall epoxy project that was completed in November/December 2019 is what is failing.  NOT the additional epoxy that the shelter requested to go on the areas that the contractor didn’t cover. Please adjust your story to make sure everyone understands this.  Also, the failures will result from water from a hose, squirt bottle, pressure washer and lift tests.”

Two other speakers, both general contractors, also discussed the problems with the commission. Justin Brown, who specializes in coatings and sealants, told commissioners that the problem is a “product failure.”

“The previous company either mixed the product incorrectly or used inferior product. There is no way to deal with it without removing the epoxy completely and re-doing the job,” Brown added.

Jason Schultz, another contractor who said he was speaking as a county taxpayer, challenged the commissioners, asking, “What are we doing to recover the money we’ve already paid to the contractor?”

“Don’t get testy,” Ralph Davis replied, kicking off an exchange with Schultz until chairman Johnny Bruce cut in, telling Schultz, “If you’ve got a question, address it to the chair.”

After some additional exchanges, Schultz concluded with “I want to know my tax dollars are being spent well.”

Davis, who chairs the Building & Grounds Committee, is already working with department head Tony Hill to prepare specs for a new roof for both the shelter and the EMS building. Now it appears that the committee will have to deal with how to correct the defective sealant project as well.

Siwinski reported that the shelter took in a total of 2,580 animals in 2019, with 324 adoptions and 1,343 being farmed out to out-of-county rescue groups.

A total of 701 animals had to be euthanized, 51 of those at the request of the pets’ owners, while another 37 animals died due to illness.

“We are not yet considered a ‘no-kill shelter’ which requires an euthanasia rate under ten percent,” Siwinski told the commissioners before reporting on the continuing problem with the epoxy sealant.

The commissioners also discussed a pending permit for a new quarry that might threaten damage to the high school, which already has suffered some minor damage from blasting at the county quarry, which is farther away than the proposed private quarry.

Commissioners kicked around the idea of appealing to the state, which must grant the blasting permit, but County Attorney Joe Coker pointed out that any appeal or legal challenge must originate with the Board of Education, not the commission, since the possible threat is to school property.

Another item that was placed on the agenda for next week’s regular meeting is a “Second Amendment Sanctuary Ordinance” that Scott Stanfield plans to introduce. The proposed ordinance would prohibit Campbell County from enforcing any “unlawful act” passed by state or federal government that would infringe on the Second Amendment right to bear arms.

Joe Coker noted that CTAS had ruled that such an ordinance would not pass the constitutionality test, but could be passed as a “resolution of intent.”

The commission met before the workshop as the Budget & Finance Committee to approve a number of budget amendments, including one to increase the budget for overtime pay and food services in the jail by $180,000 to account for increased numbers of prisoners. That cost will be covered by an increase in payments from the state for housing state prisoners, but Finance Director Jeff Marlow warned that future increases from the state are unlikely as the jail has reached capacity.

Marlow also pointed out that revenue from cash seizures in criminal cases is “a thing of the past” thanks to court rulings that restrict local drug task force practices of seizing and keeping cash. Vehicles and other assets seized as part of a drug raid can still be sold, but cash must be turned over to the state, Marlow explained. 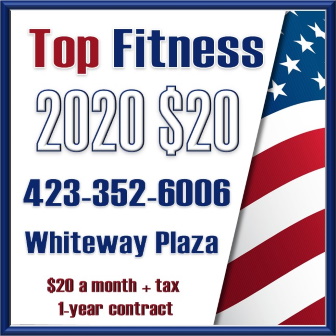