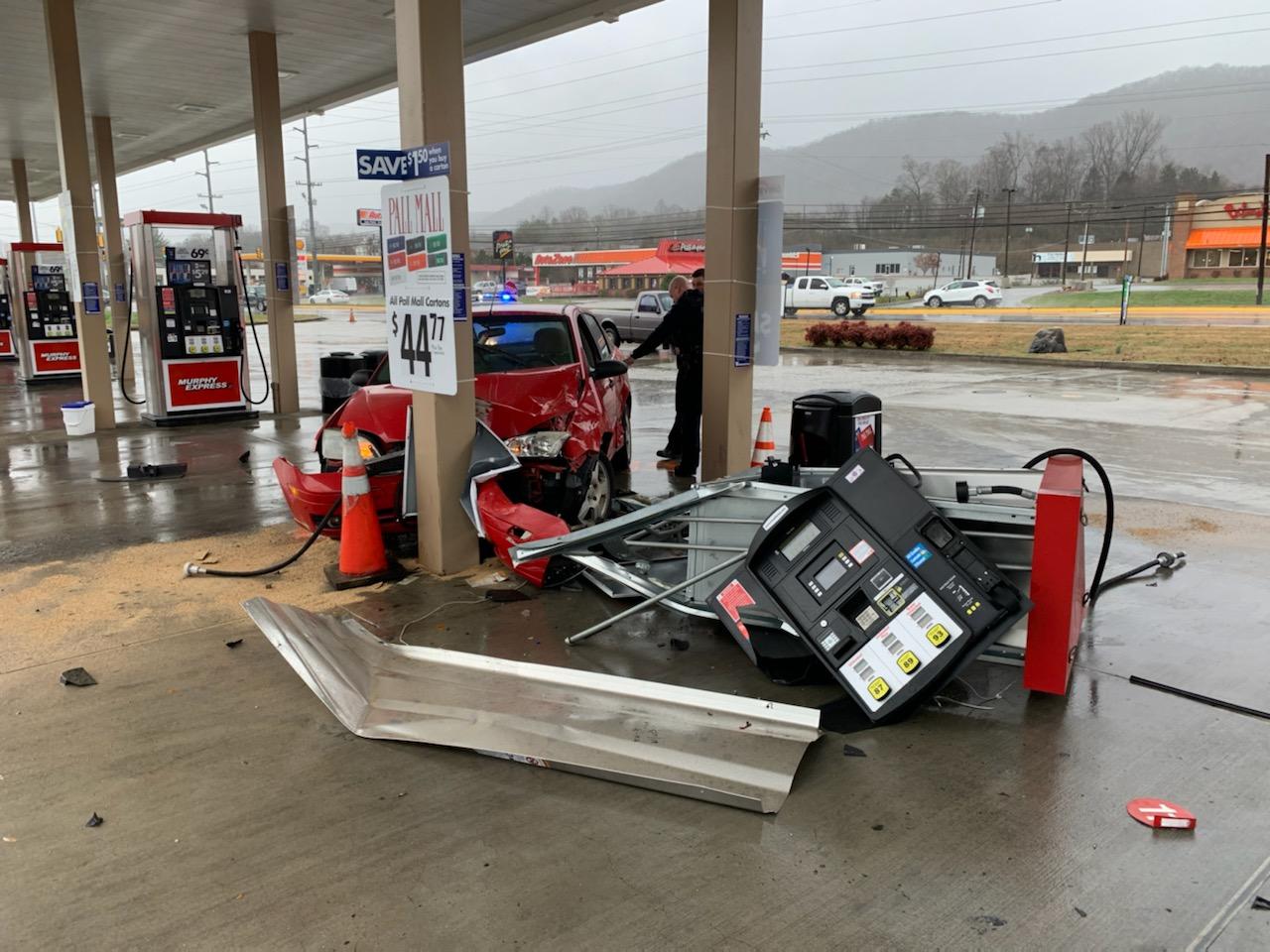 This Saturday wreck had all the potential for a catastrophic ending after one of the vehicles hit a gas pump.

LAFOLLETTE, TN (WLAF) – A Saturday wreck on the four-lane had all the potential for a catastrophic ending.  Police said when one vehicle failed to yield, it created a chaotic chain of events that left the drivers of two other vehicles making blink-of-an-eye decisions.

As a result of LeMarr’s actions, according to Wallen, it forced 39-year- old Jennie Williamson, who was Jacksboro bound, to strike the Ranger with her Ford Focus, go across the median and into on coming traffic.  That’s when Williamson’s Ford collided with a Toyota Camry driven by 25-year- old Justin Smith.  Wallen said Williamson’s car kept going, hitting an air pump and coming to a stop when it knocked over a gas pump at the Murphy Gas Station.

The captain noted that Williamson was the only person injured.  She was taken to the La Follette Medical Center and treated for minor injuries.  The other two drivers were not injured.  Wallen indicated that LeMarr will likely be charged with failure to yield. (WLAF NEWS PUBLISHED – 01/20/2020-11:45 AM)