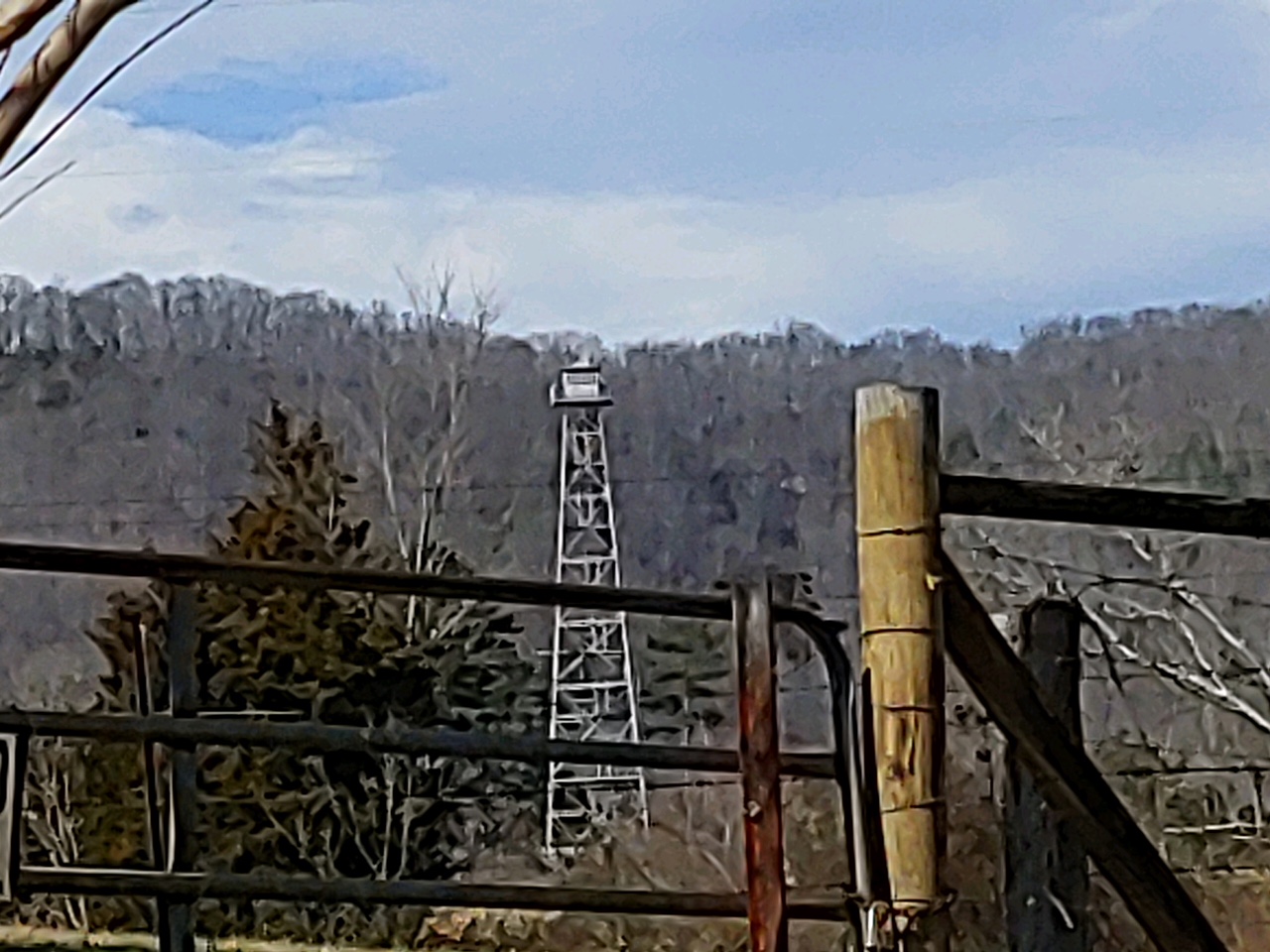 This look toward Monday’s blast site was taken from one of the homes near the rock quarry.

LAFOLLETTE, TN. (WLAF)- A blast that prompted a road closure and early dismissal of Campbell County High School had less of a tremor than the earthquake that rocked a portion of Tennessee on Jan. 20.

“It (the movement) registered well below the earthquake a few weeks ago,” according to Dwayne Potter, owner of Potter Southeast.
On Monday, Potter Southeast began blasting at the site of its future rock quarry on Jacksboro Pike. The company in charge of the detonation was Austin Powder Company and according to Potter, the company set off less than 60 charges, which is “well below the limits allowed under state law.”
Neighbors in the Hunter’s Branch area said they were expecting the detonation to happen around 1:30 pm. At 1:40 pm, a “really quick” blast shook the ground, said Sandy Thompson, a resident in the area. A vibration was felt and the ground rose up, giving a “quick poof,” she said. Her estimate was that her home sets around 1,000 feet from where the charges were lit. State law dictates a 300 foot buffer zone between blasting and the nearest dwelling, Potter said. The distance between his quarry, homes in the area and other structures exceeds the 300 feet, he said. 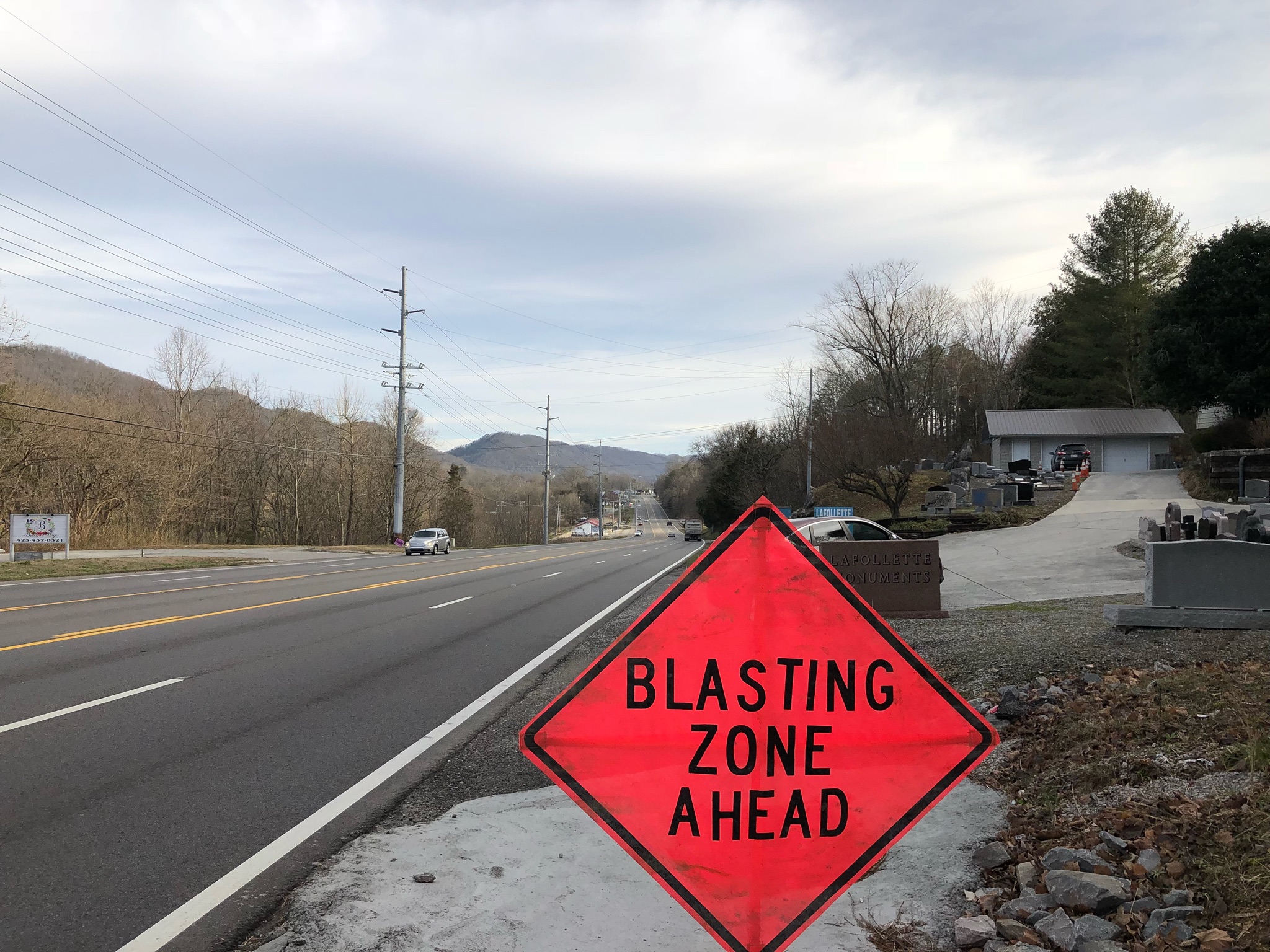 “I don’t want anyone in harm’s way,” he said. The road closure was a “precautionary measure” recommended by Austin Powder Company.
Around 90-minutes before the scheduled blast LaFollette Mayor Mike Stanfield extended the proposed length of the closure on each end of the four lane from the Skyway Bridge to Bales Buick. School was also dismissed at 12:30 pm as a safety measure as well, Campbell County Director of Schools Jennifer Fields said on Monday.
As Monday progressed, State Sen. Ken Yager said he and State Rep. Dennis Powers had been told Potter Southeast was lacking a permit.
The permit would grant the company commercial access and entrance on to a state road. The permit is needed for the quarry to operate commercially.
Potter said the permit was in progress.
Engineers have surveyed the site, submitted the paperwork and are now waiting on the Tennessee Department of Transportation’s approval. Once approved, a paved road into the quarry’s office will be built, Potter said.
While there is work being done on the backside of the property, before any commercial activity can occur the permit will be needed. Potter is hopeful the permit will be awarded by mid- month. His first load of limestone is scheduled for shipment in March, according to Potter. Its destination is the Highway 116 construction zone between Caryville and Vasper.
The commercial entrance permit is the only permit that is outstanding, Potter said. 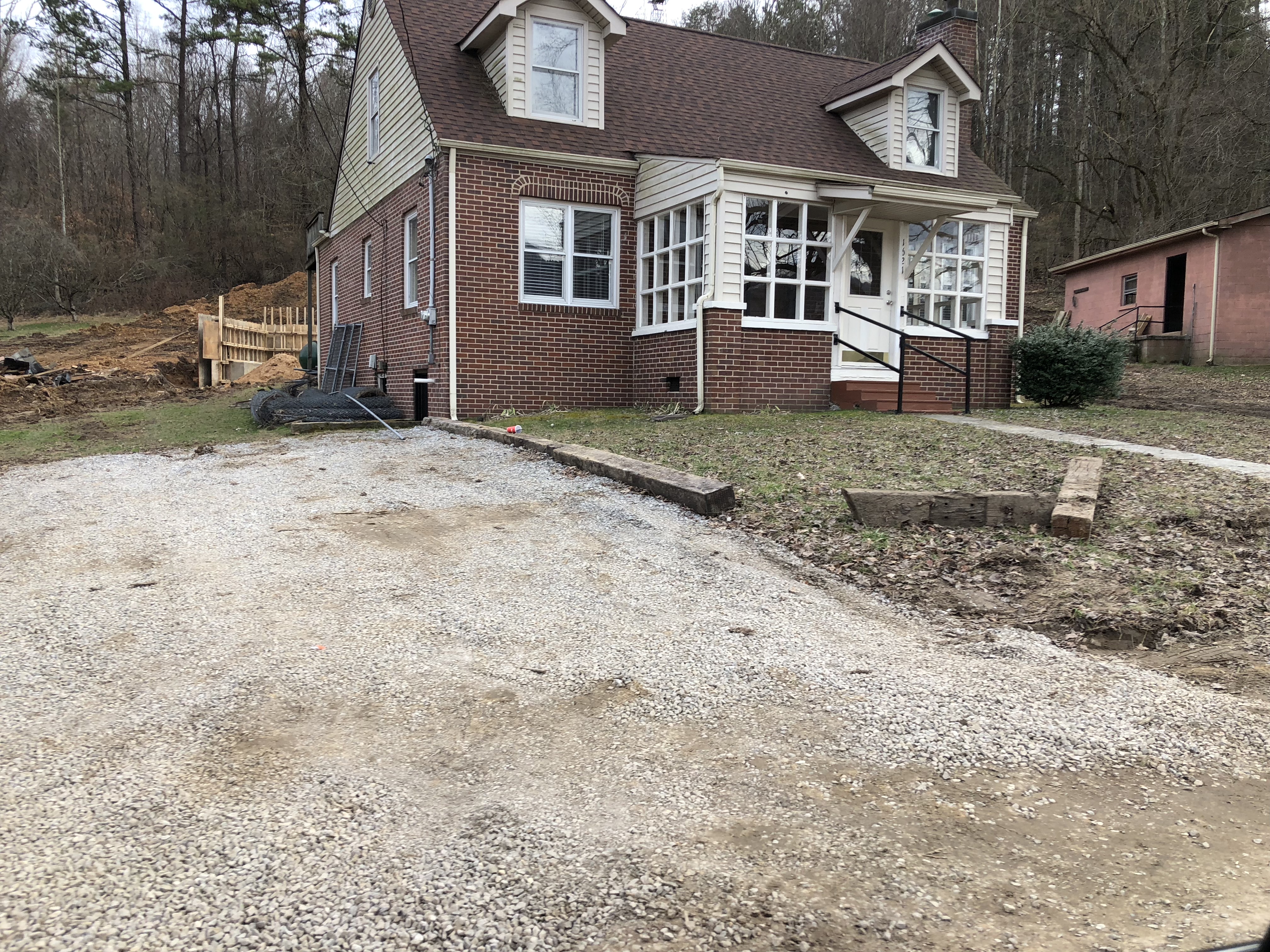 Dwayne Potter, owner of Potter Southeast, said the above house is being converted to an office.

A long term plan is in place for the quarry. The house on the front of the property is being converted to an office with truck scales in the back. Traffic traveling on Jacksboro Pike will see the office, a paved driveway and vegetation, Potter said.
“I am here to be a neighbor to the community. That’s our intentions,” Potter said. (WLAF NEWS PUBLISHED 2/4/2020- 6AM)

2 Replies to “Blast was miminal at rock quarry on Monday”