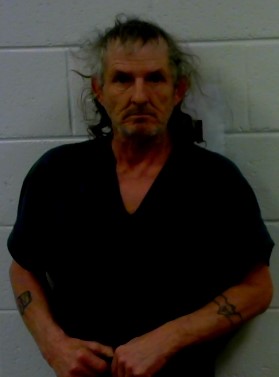 LAFOLLETTE, TN (WLAF) – On Jan. 28, Campbell County Sheriff’s Deputy Justin Phillips answered a call about a known sex offender being seen walking with a child. They were seen on Powell Valley Marina Drive walking toward the boat dock in LaFollette, according to the report.

Phillips found 56-year- old Bobby Lee Heatherly and a 13-year- old child, whom Heatherly claimed was his friend and he had permission to be with the child from the child’s parent. Phillips discovered that Heatherly was not supposed to be alone with children, according to a report from the sheriff’s office.

The child allegedly said  Heatherly was his friend and they go on walks together. The child told Phillips that Heatherly  was supposed to help him find his toy car at a nearby dumpster. Phillips saw a backpack on the ground next to the dumpster that belonged to the child.  A second backpack was found that belonged to Heatherly.

A search of Heatherly’s backpack revealed an unused condom, a wooden item shaped like male genitalia, several bags of candy, two toy cars and an empty bottle of Jim Beam liquor. Phillips helped the child retrieve his backpack, during this time the child said the man gave him the candy in his backpack.

Campbell County Corporal Tasha Tackett soon arrived at the scene and escorted the child back home to its mother. The mother allegedly told Tackett that Heatherly had permission to be with the child, but she did not know that he was a registered sex offender.

Heatherly, 56, 239 Minton Road, LaFollette is charged with violation of sexual offender registration.  He is being held in the Campbell County Jail without bond.  Heatherly is scheduled to appear in General Sessions Court on Mon., Feb. 10.  (WLAF NEWS PUBLISHED – 02/06/2020-6AM)

One Reply to “Sex offender arrested with minor in his care”