TOP PHOTO:  An additional metal building is proposed to be built behind the GPS Inventory Solution building. 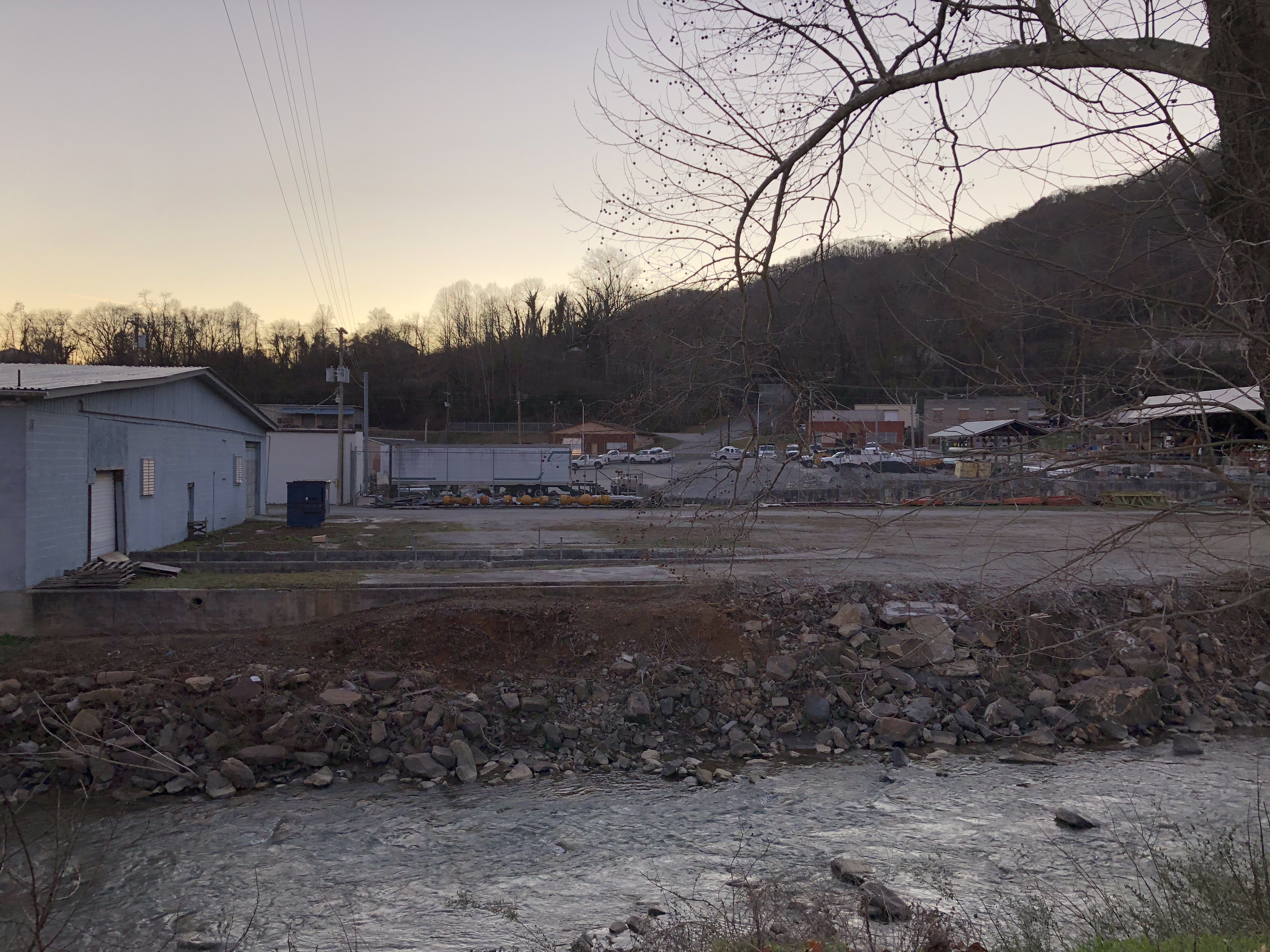 LAFOLLETTE, TN (WLAF) – The City of La Follette’s Regional Planning Commission had a special called meeting last night at City Hall.    The meeting was called to discuss property (above photo) owned by Bert Hatmaker located at 211 Aspen Street and a commercial site plan. The property already has a building that is used by the GPS Inventory Solution as a warehouse.  Hatmaker is looking to add an additional metal building that would be 100 X 200 X 18.  However, the property is partially located in a flood plain and floodway.

According to Codes Officer Daniel Foster, the first thing to do is to is contact TEMA and the Army Corp of Engineers to see how to proceed with this issue. Even though Hatmaker has already had a plan drawn up, Foster states that a hydrology study needs to be performed and both government agencies need to be contacted to insure that the City of La Follette is not endangered.

Mark Hoskins joined in stating, “We can’t put La Follette in jeopardy.”  Hoskins also volunteered to reach out to the Army Corp as soon as possible and do some research of his own while Foster contacts TEMA.  Although this is not the outcome Hatmaker was hoping for and adds a delay to his timeline, the commission voted to act upon the federal governments recommendations.  (WLAF NEWS PUBLISHED – 02/07/2020-6AM)