TOP PHOTO:  Repairs to the Central Avenue Bridge took a step back due to the flooding.  (PHOTO COURTESY OF WLAF’S CHARLIE HUTSON) 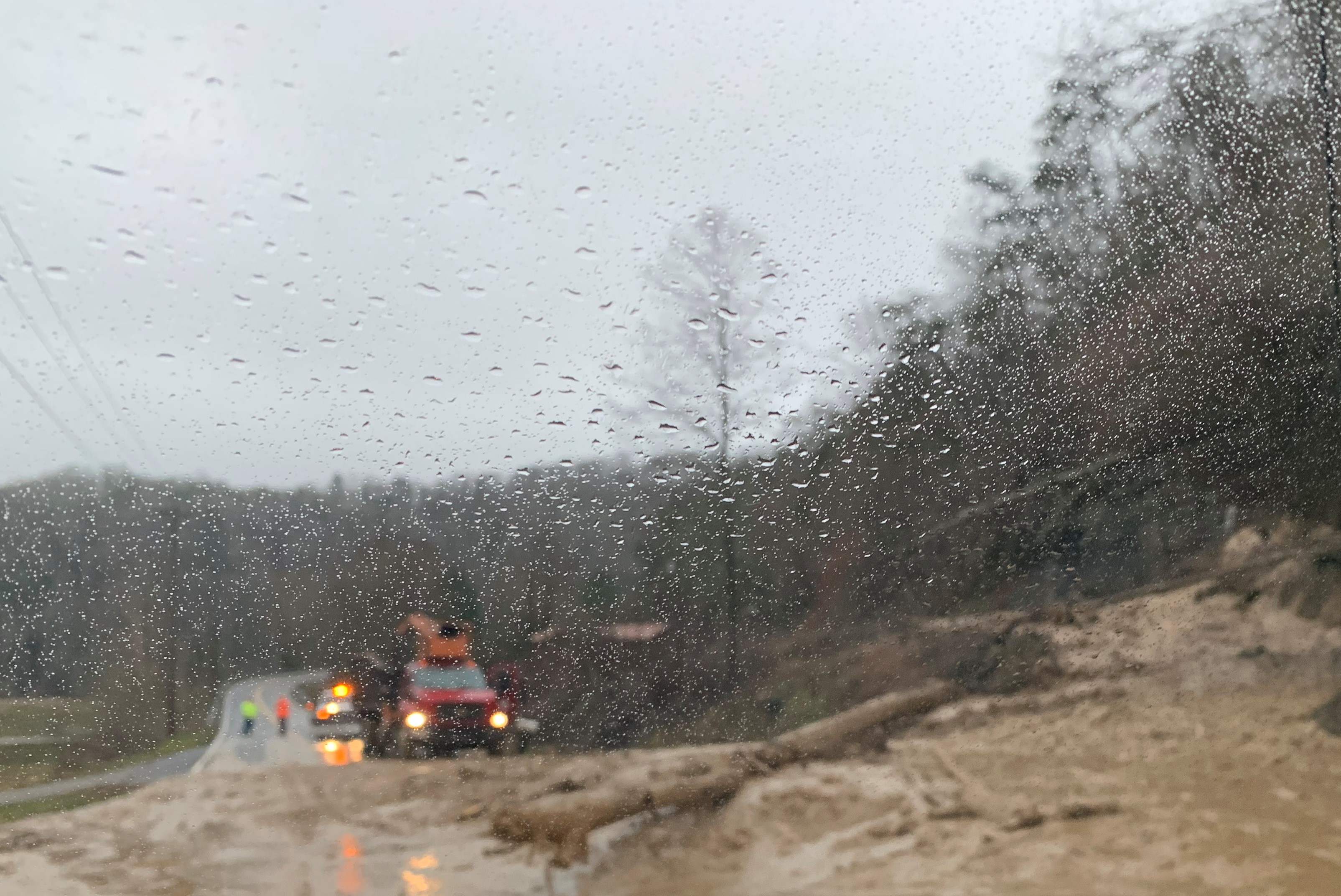 Mud slide on Stinking Creek Road is just one of the many challenges road crews are up against. (PHOTO COURTESY OF ROAD SUPERINTENDENT RON DILBECK)

JACKSBORO, TN (WLAF) – Road crews are out in full force cleaning up and doing repairs now that the water is beginning to recede.  According to Campbell County Road Superintendent Ron Dilbeck, his crews are out in full force working till after dark to do road repairs as a result of the flood. “It’s county-wide issues we are seeing and is likely to take the weekend to get things back in order,” Dilbeck said.  Road crews are dealing with lots of culverts that need replaced after being taken out by the rushing water.  On Thursday evening, crews were dealing with replacing culverts in Hickory Creek and Rock Creek up in the Stinking Creek area, as well as in the Wynn, Habersham and Davis Creek areas. “That’s just the start of it, people have lost driveway culverts and cross drives all over. We are doing what we can as quickly as possible so people can get back to their homes,” Dilbeck said.

He also reported multiple issues in the Caryville Mountain area.  The Road Superintendent pointed out the loss of the low water crossing at Baird’s Creek and Whistle Creek. 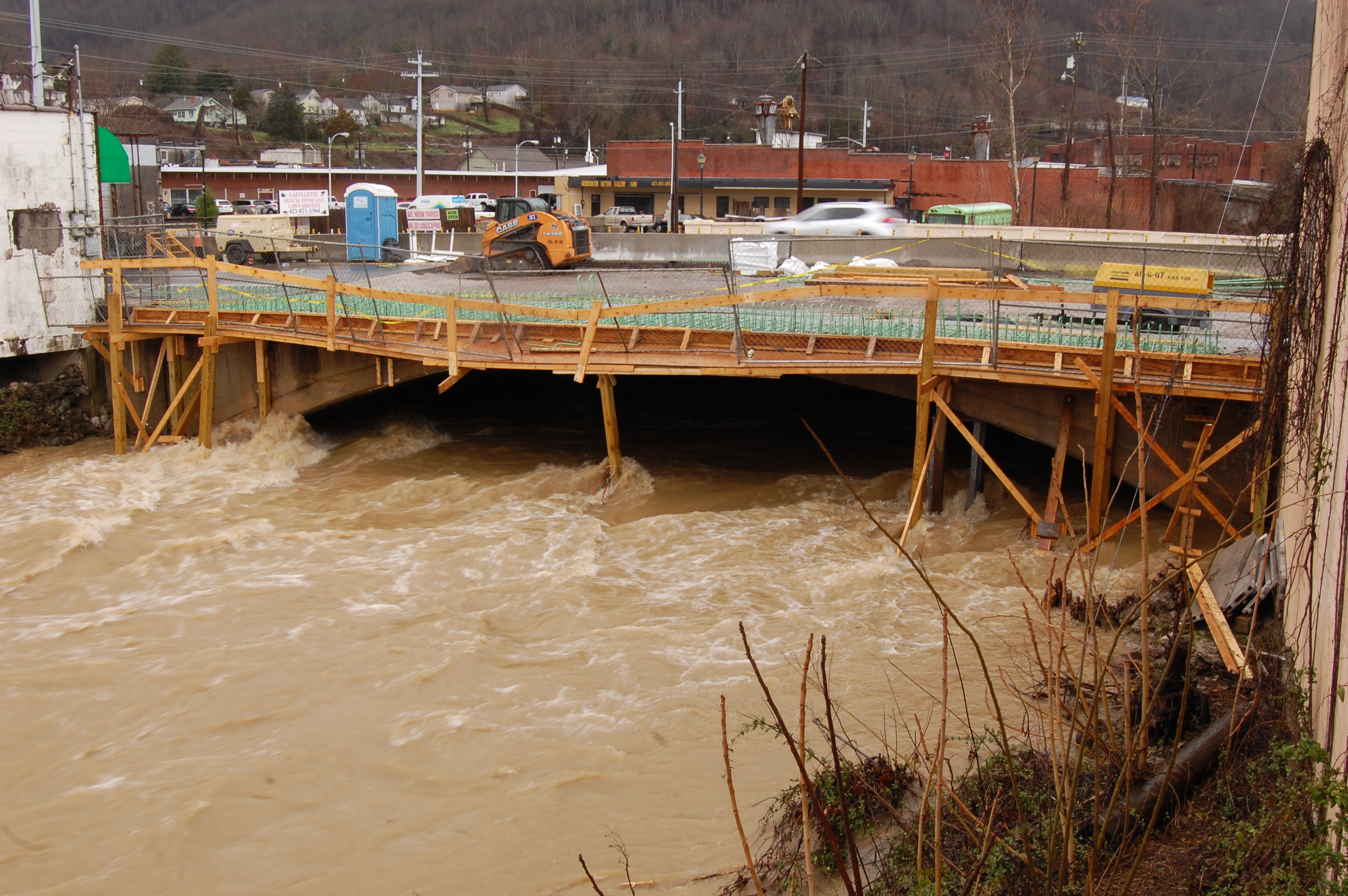 Scaffolding that was set up under the bridge was washed away. (PHOTO COURTESY OF WLAF’S CHARLIE HUTSON)

Dilbeck said that while flooding was bad all over the county’s 700 miles worth of roads, the worst damage was done in the “steeper mountain areas from water runoff.”  He talked of several rock and mudslides, including three or four on Highway 63 in Caryville.  “We’re going to work till well after dark and hit it again first thing in the morning; the damage is widespread and it looks like it will be a whole weekend process,” Dilbeck said. He also urged people to continue to drive with caution and to avoid flooded or broken roadways. 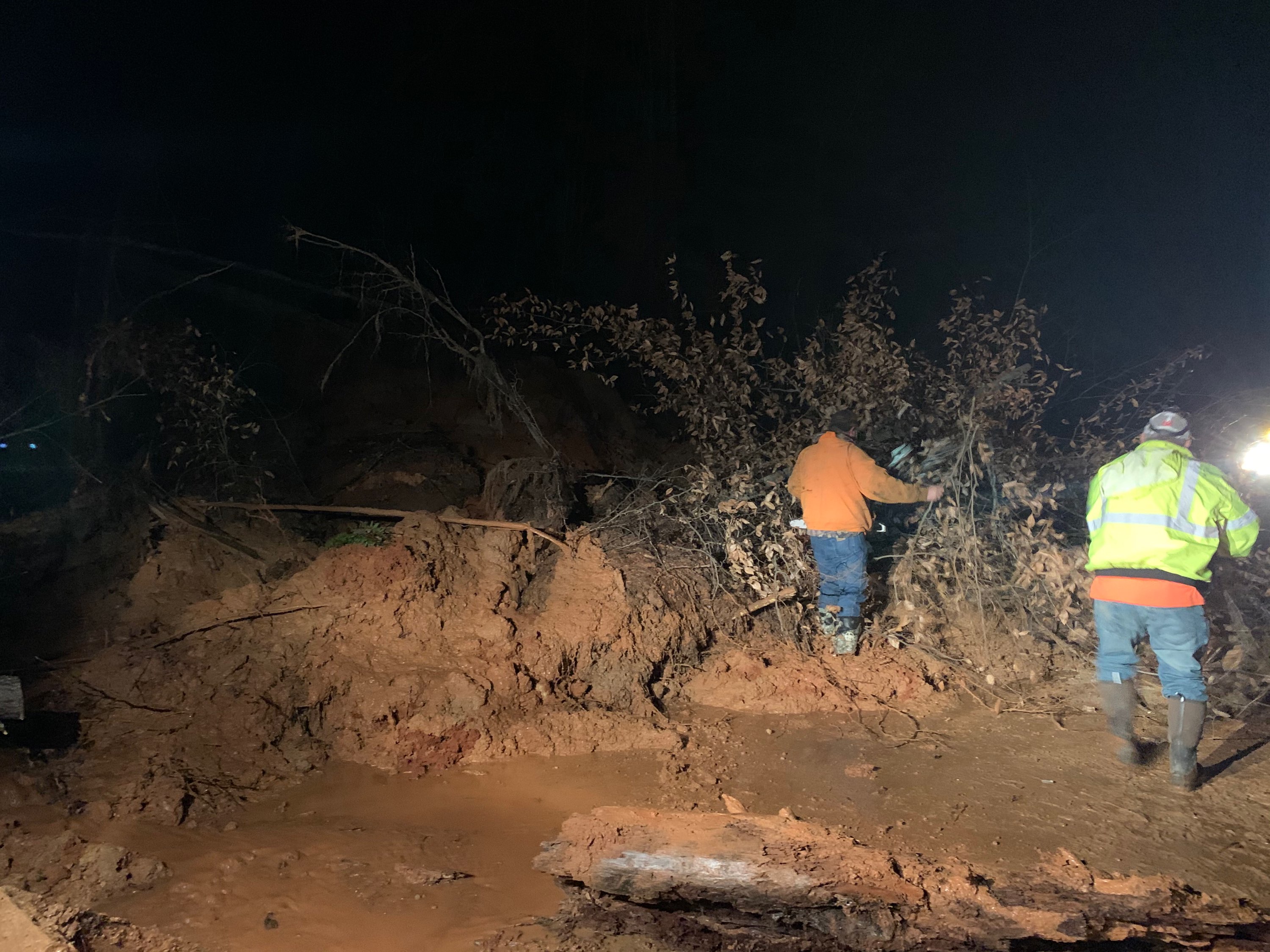 This is the scene on Cedar Creek Road just after midnight on Friday morning.  (PHOTO COURTESY OF ROAD SUPERINTENDENT RON DILBECK)

Kenny Baird with LaFollette Utilities said that there wasn’t too much damage when it came to the utility side of things. There were several power outages, including one at the Doake’s Creek substation that caused around 1,000 people to be without power, but utility crews got it back on quickly. Baird did report that creek water was up over the influent manhole at the wastewater plant, but that was nothing that could be controlled with flooding of this magnitude. The utility department will report the incident to the Tennessee Department of Environment and Conservation as is required by state law.  (WLAF NEWS PUBLISHED – 02/07/2020-6AM)