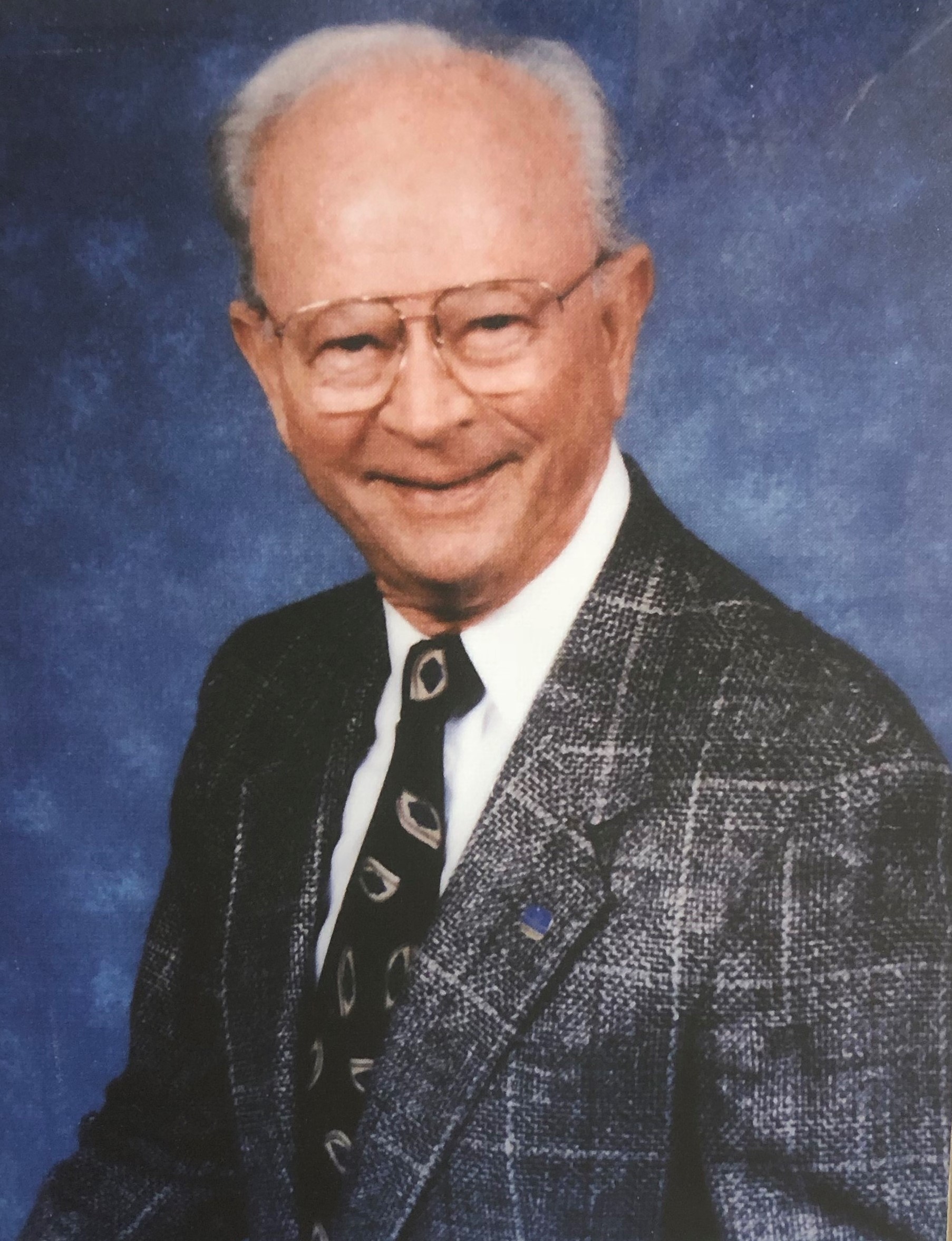 LAFOLLETTE, TN (WLAF) – Feb. 10 was always a big deal around our house, because it was Fred Cain’s birthday.  Fred was a daddy, father, father-in-law, PopPop and great PopPop to our family.  Though there haven’t been any celebrations on this date since he left 13 years ago.  However, for this Feb. 10, it is a big deal once again, because Fred would’ve been 100-years- old today.

Fred Cain (above photo circa 1990) was a long time employee of First National Bank of La Follette, now Community Trust Bank.  He was the bank’s president from 1976 until his retirement in 1987.

Retired Campbell County High School Teacher Clarence Lowe said, “Your remembrance of Mr. Fred Cain’s 100th birthday reminded me of the role he played in shaping my life and career.  He took a chance on a $125 loan for a boy from Royal Blue that enabled him to have the money to start college.”

He was a 1938 graduate of Jacksboro High School and later ETSU.  He served in the US Army and was a World War II veteran.  Back home, Fred taught school for one year at JHS and then began his banking career.   (WLAF NEWS PUBLISHED – 02/10/2020-6AM)