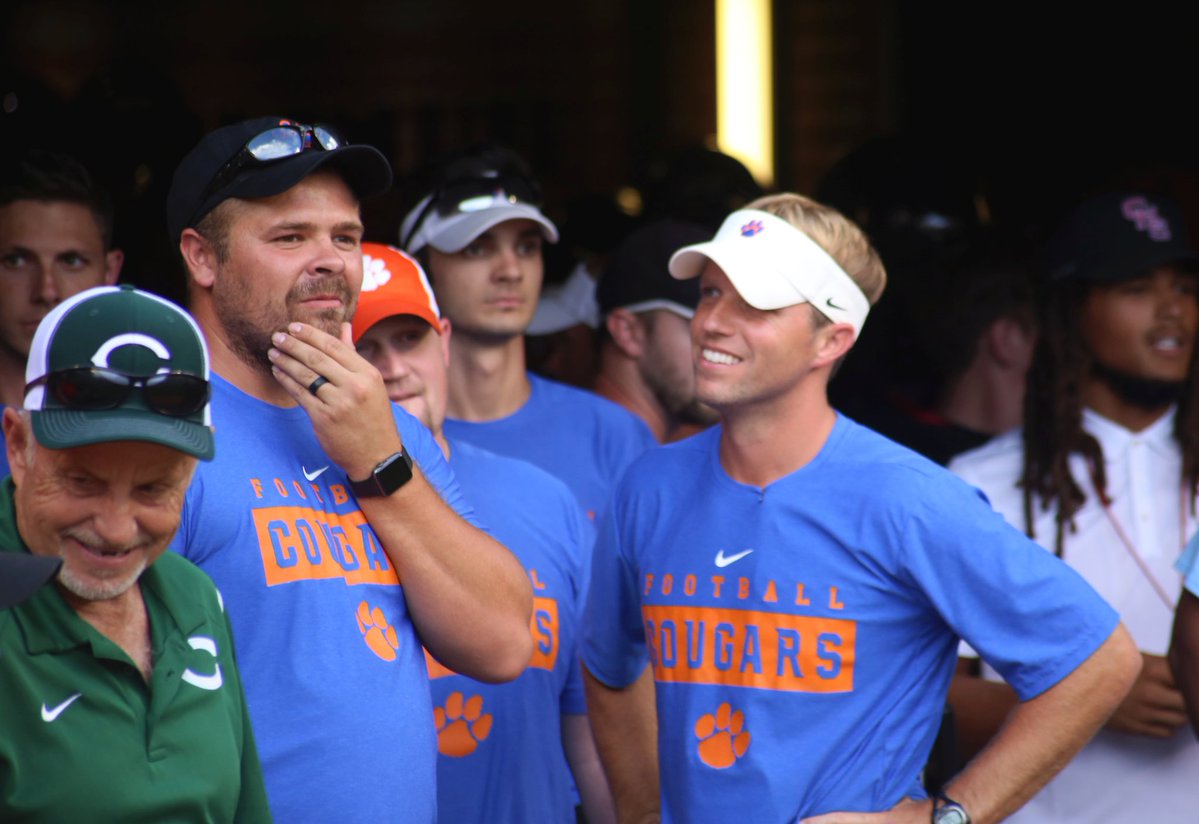 Cougar Head Coach Justin Price (right) & Assistant Coach Cody Seiber (left) in the tunnel prior to a 7-6 win over Central in the 2018 Jamboree at Neyland Stadium.

Price enters his 10th season in 2020 as head coach of the Cougars.

During his first nine seasons, Price has compiled a literal laundry list of accomplishments and firsts for the CCHS program.  Price has led the Orange-n-Blue to 53 wins making him the winningest coach in Cougar football history.  The school opened in 1975, and CCHS recorded 50 wins in its first 258 games.  In comparison, Price racked up 50 victories over the course of 88 games with an overall won-loss mark of 53 and 44; the only Cougar coach with a winning mark.

Price’s teams own the mark for the most wins in a row at seven and the most consecutive home victories at 10.  His 2014 squad rang up 64 points, the most in school history to go along with a season-best record of 10 & 2 in 2013.  The 2013 campaign includes Campbell’s first-ever win over Oak Ridge.

When it comes to playoff history, Price’s squads have set the pace there as well.  CCHS has appeared in the post season five times under his direction.  Additionally, Price led the Cougars to their first playoff win.

Campbell opens the season on the road at Newport on August 21.  Here’s the full 2020 schedule:

*Thursday game with a 7 pm kick-off