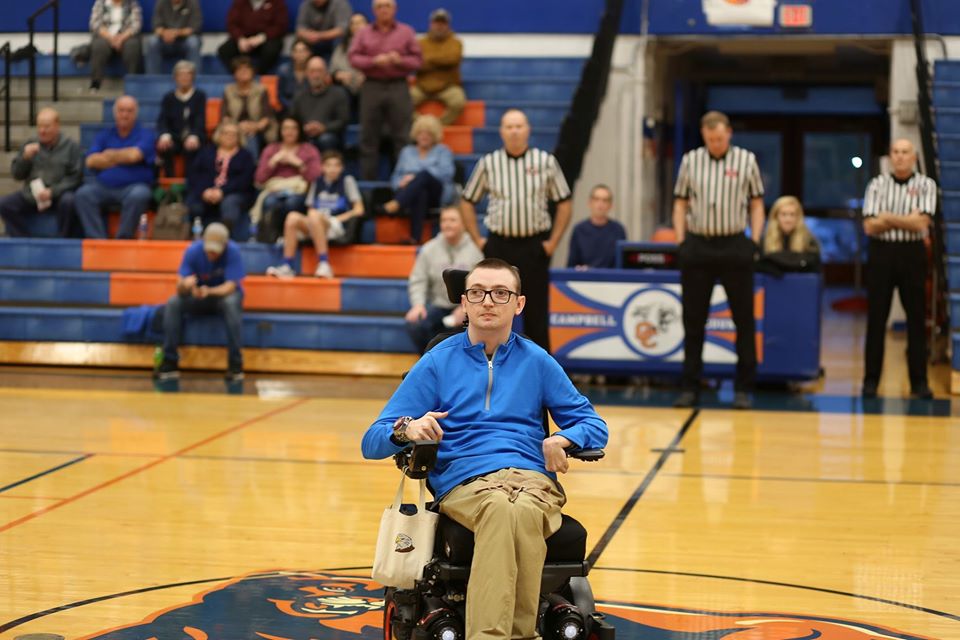 JACKSBORO, TN (WLAF) – Shayne White on wheels rolling quickly around John R.W. Brown Court.  His big smile.  Those “give-me-five” moments.  It’s been a good run for the faithful manager of the Campbell County High School Basketball Team.  But perhaps it’s been a better run for all those of us who crossed Shayne’s path over these past 10 years.

“Yeah, technically, he was the manager, but he really liked it when we called him assistant coach,” said former Cougar Basketball Coach Matt Housley.  The Cougar Basketball – White relationship started when White stopped by Housley’s classroom the Monday after he was hired as coach in 2011.  The coach said Shayne  just wanted to help the team, and it went from there.

“Shayne lifted our spirits and was an anchor for us at times.  He was our proudest supporter, too,” former Cougar Theron Overbay said.

“I could talk about Shayne all day. He actually facetimed me Tuesday night and said thanks for all I did for him,” said Housley.  The coach pointed out, “My only thought was he did so much more for me and our players over the years than we could ever do for him.”  Housley called him one of the most special people in the world to me, and that Shayne has a big heart.

Housley added, “Shayne’s smile and attitude are contagious , and he gave all of his energy to the program for close to 10 years.”  (WLAF NEWS PUBLISHED – 02/13/2020-6AM-PHOTO COURTESY OF PAT PEBLEY)