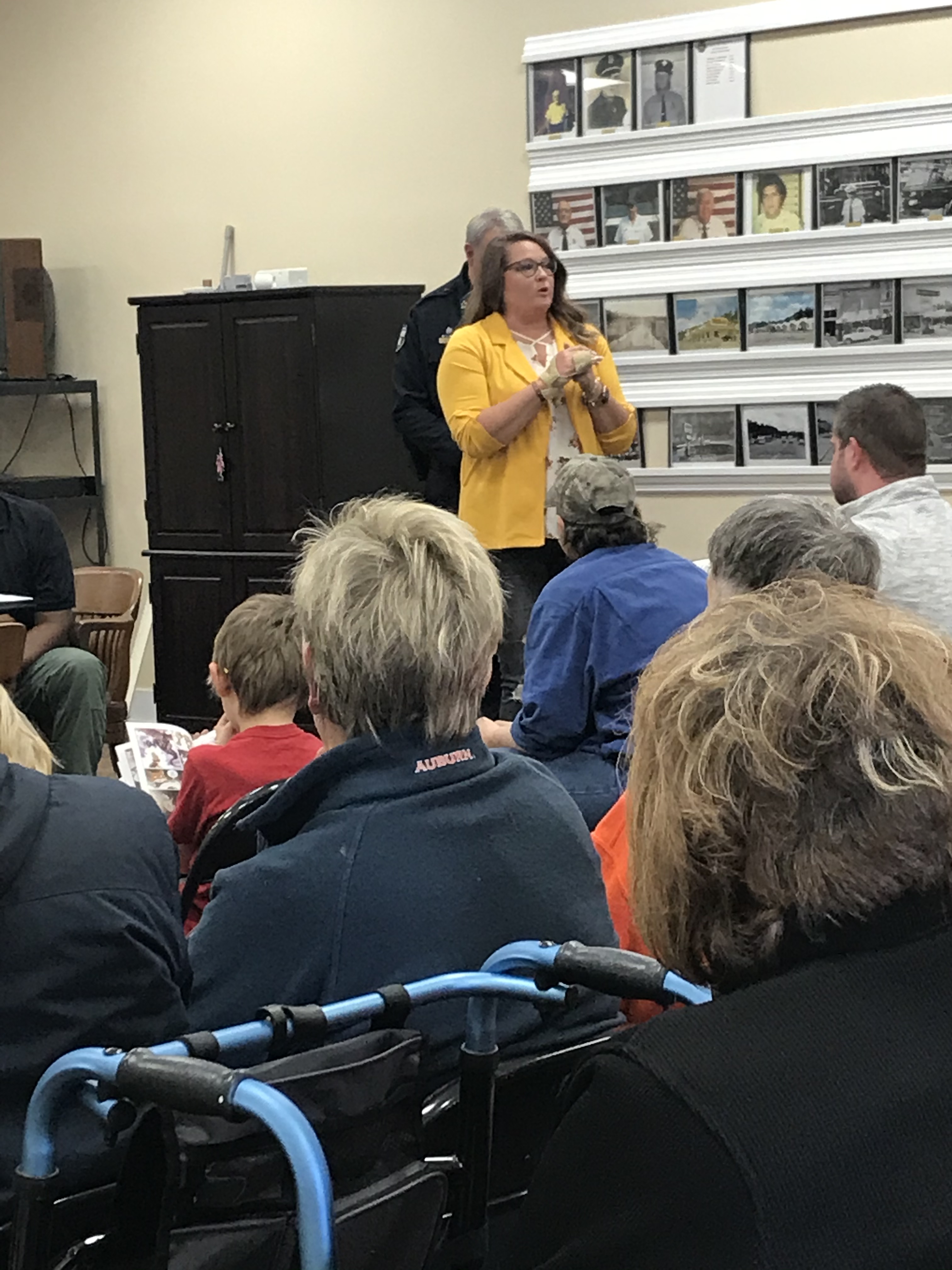 LAFOLETTE, TN  (WLAF)- A proposal to help the homeless in Campbell County is meeting with resistance. 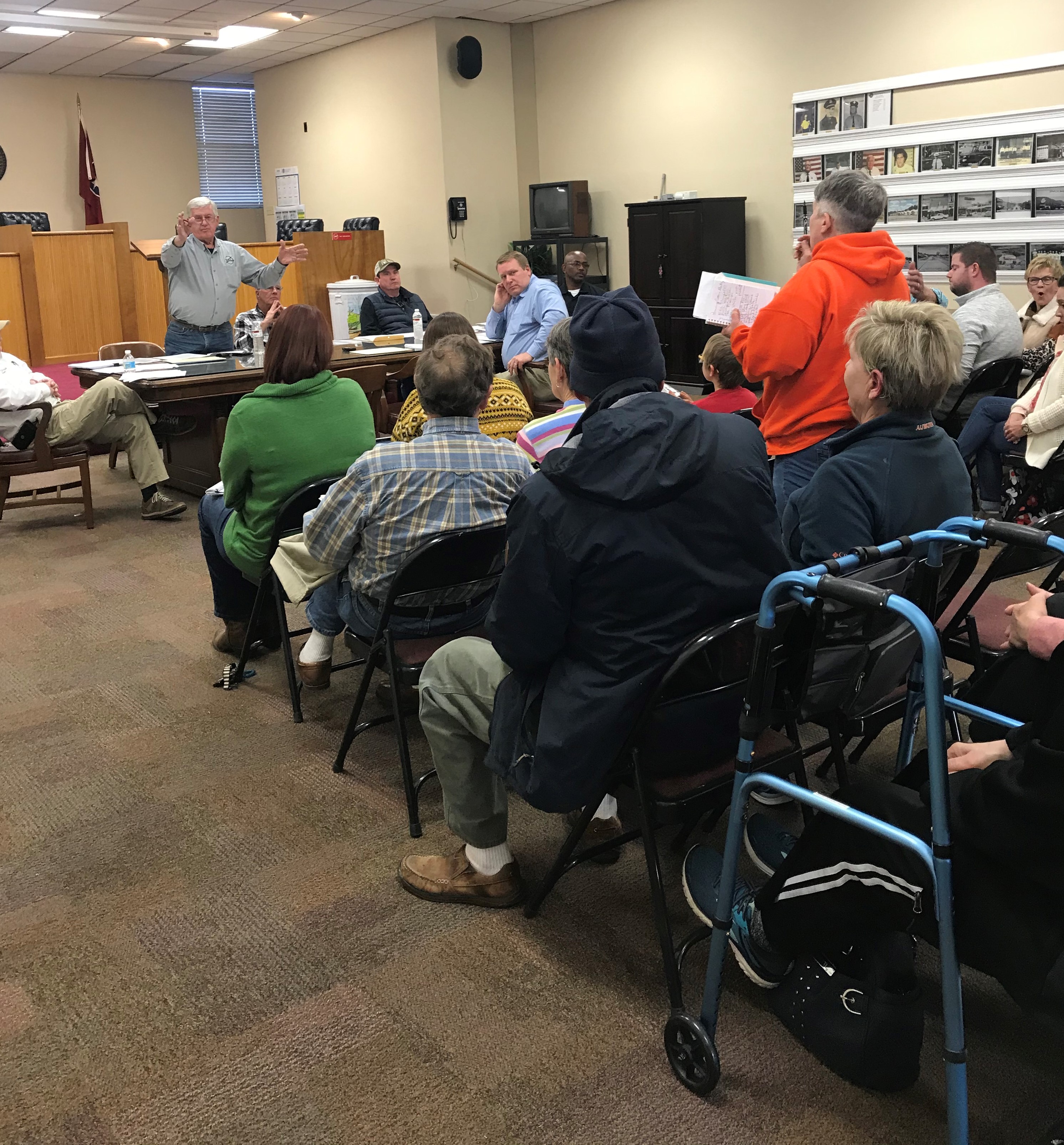 On Monday night, Katie Goins, (pictured above) owner of Katie’s Restaurant appeared before the LaFollette City Council at its monthly workshop. Goins came with a petition that opposed a day center for the homeless in downtown LaFollette. Goins told council the homeless were already hanging out in the park and sleeping on the benches.
“This doesn’t need to happen in our town” said Goins.  She continued about the problems the city is already seeing from the homeless.  Thursday afternoon, Goins was at the LaFollette Planning Commission meeting to again contest the day center. 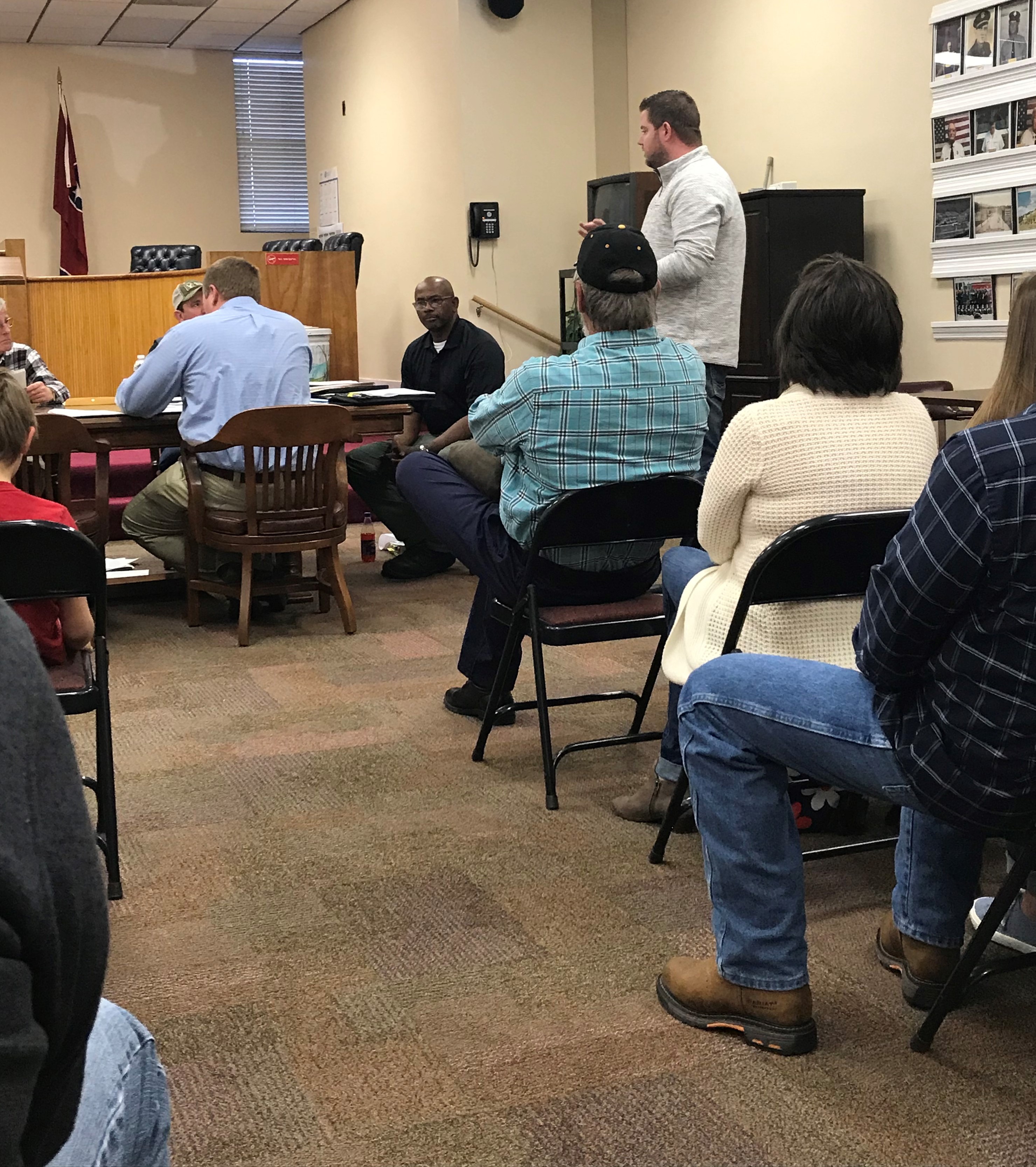 James Coffey, pastor of the Harbor Church, (pictured above) who is allowing the Tennessee Valley Coalition for Homeless (TVCH) to use the space, explained to the planning commission that resources such as the day center don’t draw the homeless population in.  Instead, it provides resources and services that are already operational and decreases the possibility of theft and many other things, he said.  “The Harbor and The Shepherd’s Home are willing to work with the city to do what is needed to make using this space possible for a day center,” said Coffey.

“The building, located across the street from First Volunteer Bank, is not up to code,” LaFollette City Codes Enforcement Officer Daniel Forester said. He cited issues in the warehouse space that is attached to the front of the building such as bags of clothing, no sprinklers and a vehicle housed in the warehouse. Forester explained the building does not meet the C1 zoning; a special variance to occupy the space would be needed.

Not holding back on the topic, Goins took aim at the Tennessee Valley Coalition for Homeless. “The coalition is a money racquet,” Goins said. She then began questioning Melanie Cordell, director of the TVCH, about her salary and her staff’s salary.  The accusations didn’t stop there.  Goins then alleged that Cordell lives in Knoxville; Cordell corrected Goins that she was a Campbell County resident.  At one point, Joe Bolinger planning commission chairman, directed Goins to address the commission.

“Don’t tell me this is to feed the homeless, whoever works under her gets paid good” continued Goins.  At one point Goins told Cordell to shut up. This prompted Bolinger to say he would have the room cleared if needed.

“I have fed the homeless, the drug addicts and the recovered addicts,” said Goins as she interjected that she has been ridiculed on social media over her stance. Goins, who has been in business for the last 16 years on North Tennessee Avenue, explained to WLAF that she’s not against the center.  She is against the location.  “I help feed the homeless. The issue is it’s on the main street and the city is working on downtown revitalization,” Goins said. 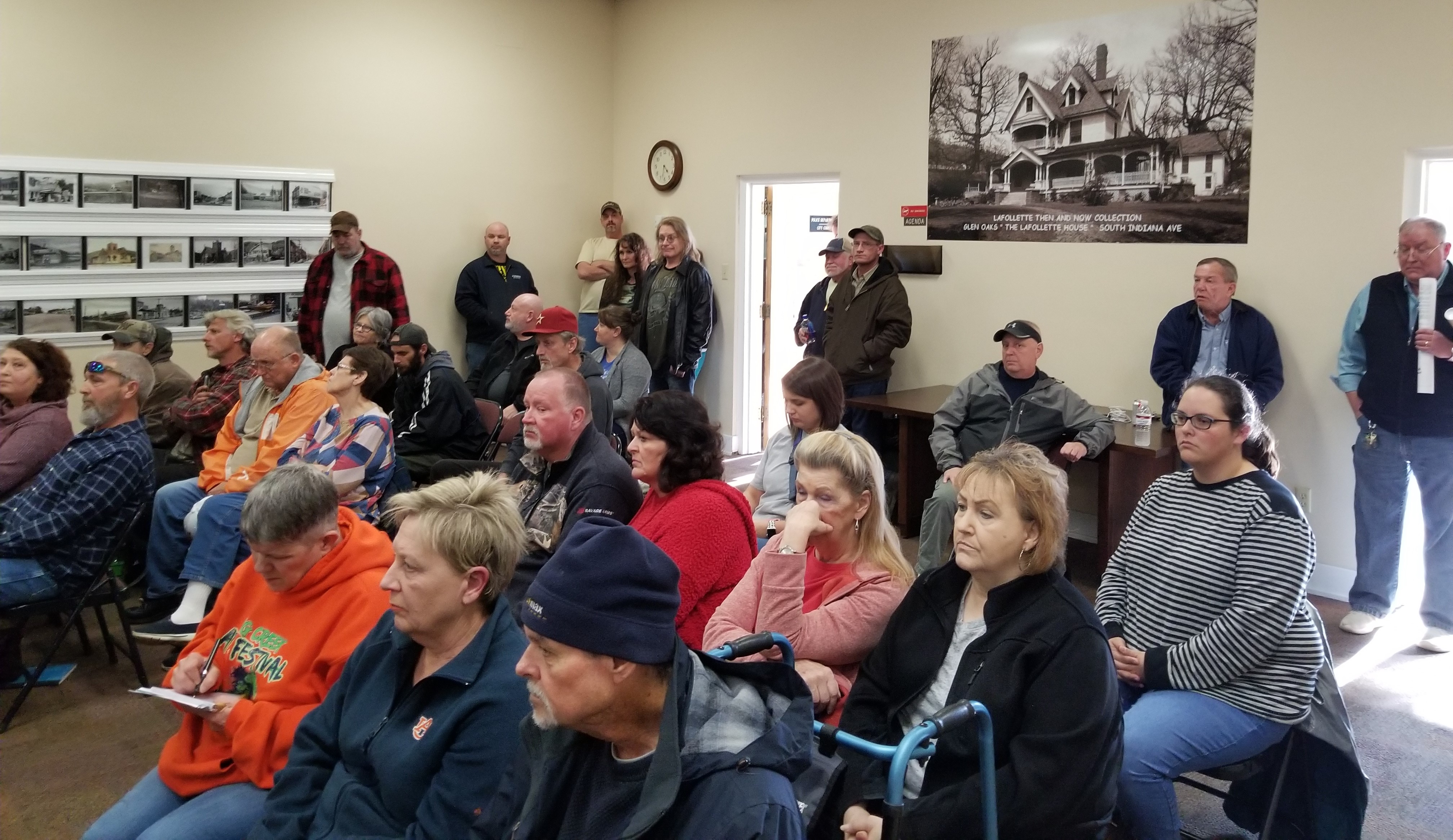 After Goins was finished speaking, Councilman Mark Hoskins reminded the audience this was a zoning meeting not a meeting about the homeless.

“We want to be a voice, we’re here for the community,” Cordell said when it was her turn to address the commission.  “We want to open a day center to help people get back on their feet,” she said.  Cordell cited five examples of people the TVCH had helped to get sober and get housing.

When Hoskins asked if there was an area outside of the city where this can be done, an audience member responded, “How are they going to get there?”

“We’re spending a lot of money trying to bring downtown LaFollette back to life, and I’m not saying this will hurt it,” continued Hoskins. The space TVCH was trying to utilize was offered to at no charge.

“What they’re doing can offer a positive impact on the community” said Coffey.

The variance was tabled until business owners and other could meet to discuss possible solutions.

The need to help the county’s homeless was highlighted three years ago when a warming center was opened temporarily at the old West LaFollette School during freezing temperatures. On the first night, the center was utilized by eight people and numbers began climbing by day three. The warming center was later moved to The Party Place in the Eastgate Center where the homeless were offered a place to shower, meals, assistance with applying for jobs, finding housing and shelter 24 hours a day. The warming center closed after operating for several months. While in operation the center served 63 people.

Former president of the Pathways Resource Center Board, which is an arm of TVCH, Roger Owens explained how the center began. Last May, The TVCH opened an office in donated space from the First Presbyterian Church of LaFollette. The office began giving out food and hygiene supplies. They also assisted with finding housing. After seeing how hungry some of the people were who came to pick up food, a day center was opened. The center offered two meals a day and a safe place to be during the day. Owens said there are currently 50 to 60 people living on the streets in the county.

The day center, if allowed to open in downtown LaFollette, will offer a place for food, soft and hard skills training, workforce development, resume, referrals to rehab, ID and birth certificates, case management and assistance with housing for the homeless. The day center will be open Mon.-Fri., from 9 am to 4 pm, said Cordell.  (WLAF NEWS PUBLISHED- 02/28/2020- 6AM)