Campbell County Deputy John Minor details in his arrest report that late on Monday night he was called to a home at Meadowood Circle in La Follette on  a possible domestic call.  When Minor met the victim, she told him that she had gotten an order of protection against Edward Colby Meadows, left their shared home and was living with her mother.  She went on to tell the deputy that Meadows had just showed up wanting to see their children. 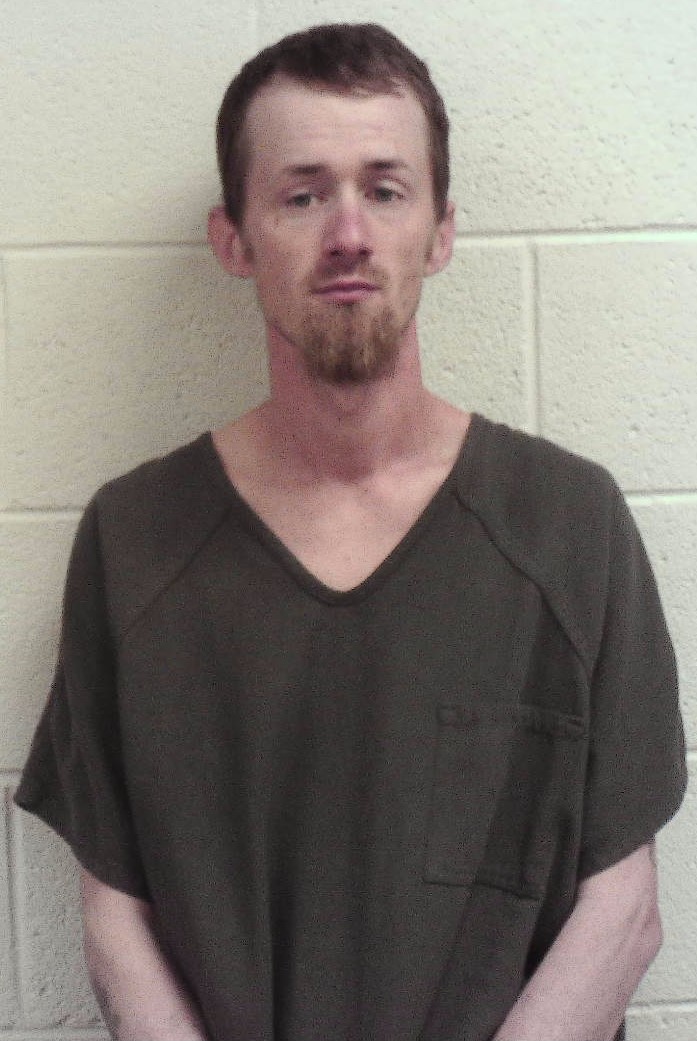 The victim said she had taken out an order of protection against 29-year old Edward Colby Meadows (above).

According to the arrest report, Meadows began yelling and cursing at the victim.  She told Deputy Minor that as she held their young child, her mother had to step in between her and Meadows to prevent him from attacking her.  She went on to say that Meadows grabbed her phone, smashed it on the floor and left after 911 was called.

Minor finished interviewing the victim and then went searching for Meadows.  Knowing Meadows drivers license was suspended, the deputy spotted Meadows and pulled him over at the intersection of General Carl Stiner Hwy and Wildwood Circle taking him into custody.

According to Minor’s report, Meadows refused consent to search his 2000 Jeep Cherokee.  Sargent Travis Bostic and K-9 Santo were called to the scene, and in no time, Bostic advised that Santo alerted.  A search uncovered a small amount of a crystal-like substance that tested positive for methamphetamine.  It was found in the center cup holder.

Meadows was charged with domestic assault, vandalism by domestic violence, driving while suspended and possession of a scheduled II controlled substance.  He was released from the Campbell County Jail on Wednesday evening on a $21,750 bond according to jail records.  (WLAF NEWS PUBLISHED – 04/16/2020-6AM)