The WLAF – Hammrtech Hot Line
WLAF TRAFFIC - The four lane will be momentarily shutdown Thursday morning at 10:30 am for a blast at the rock quarry between the high school and Hunters Branch Road ... Can't make it out to the fireworks shows on Friday night, you can watch the Pyro Shows "Celebrate Campbell County" fireworks show right here over WLAF and over WLAF-TV 12. You can also see the show over WLAF's Facebook, YouTube, RokuTV and Amazon Firestick outlets. That's Friday night, June 5, at 9:45 pm ... 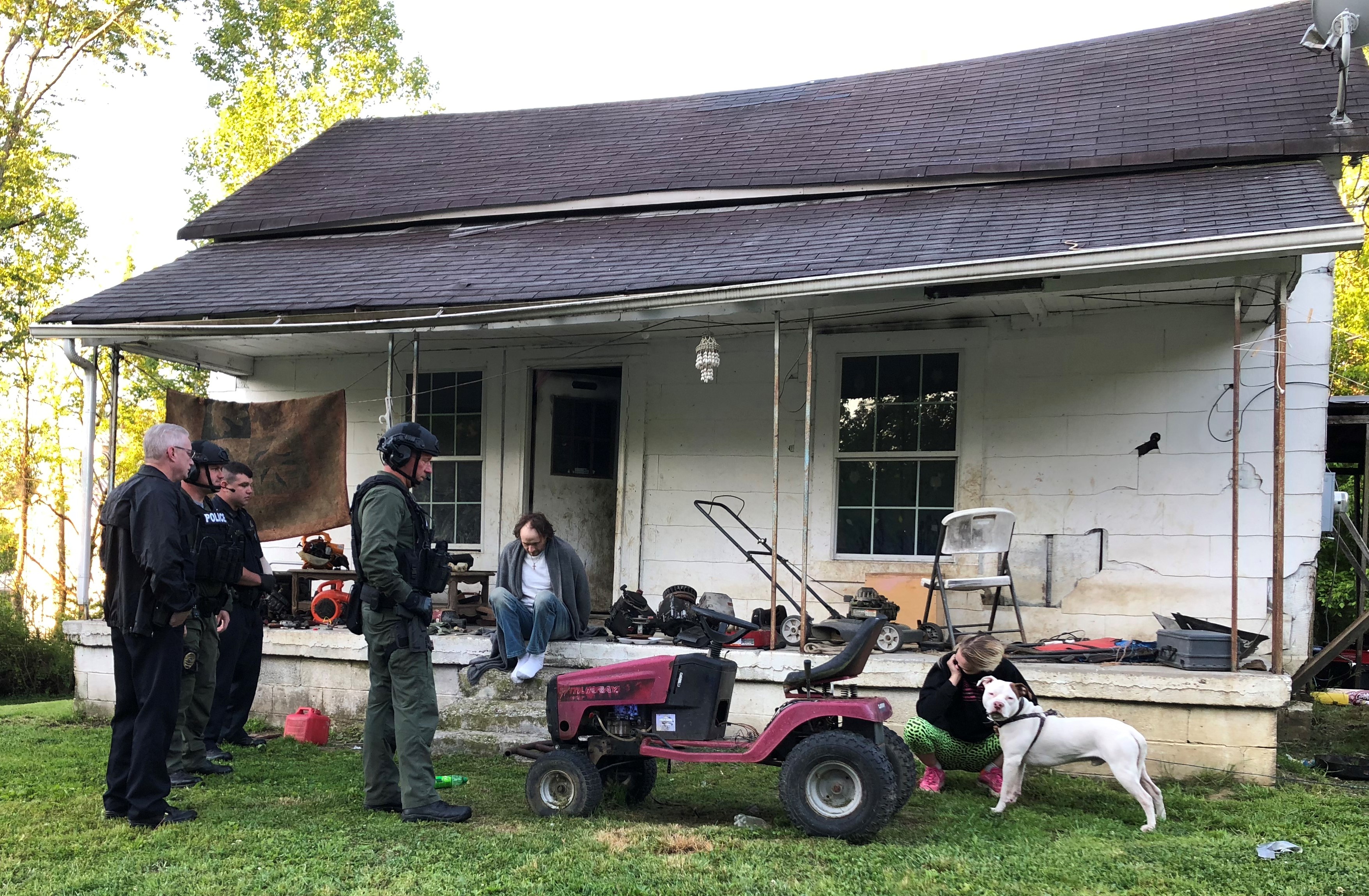 Josh Thames (sock feet sitting on porch) and Christina Poland (with dog) along with Michael Burchell (not pictured-was around the side of the house with an officer) were served with a narcotics search warrant not long after sun up on Monday morning at this North 13th Street home.

Investigators converged on a home on North 13th Street right at 7 am serving a narcotics search warrant.  The white home sits at the corner of 13th and West Forrest Streets not far from the underpass. 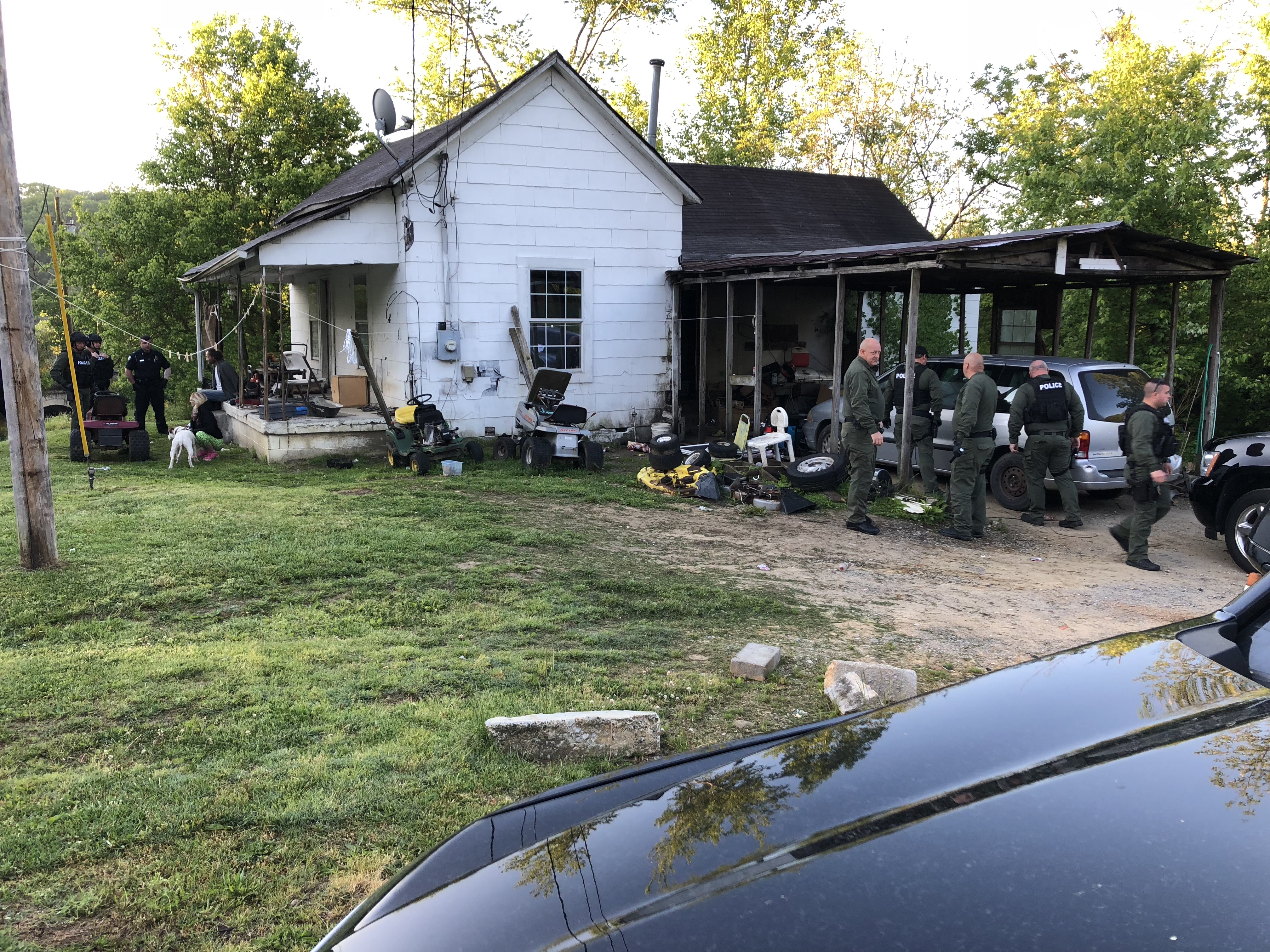 Investigators are waiting for the signal to search the home where police say undercover drugs buys have recently been made.

LPD Captain Stephen Wallen said, “Our undercover officers have made several buys of schedule II and VI drugs; meth and pot (marijuana) at this home is why we’re here this morning.” 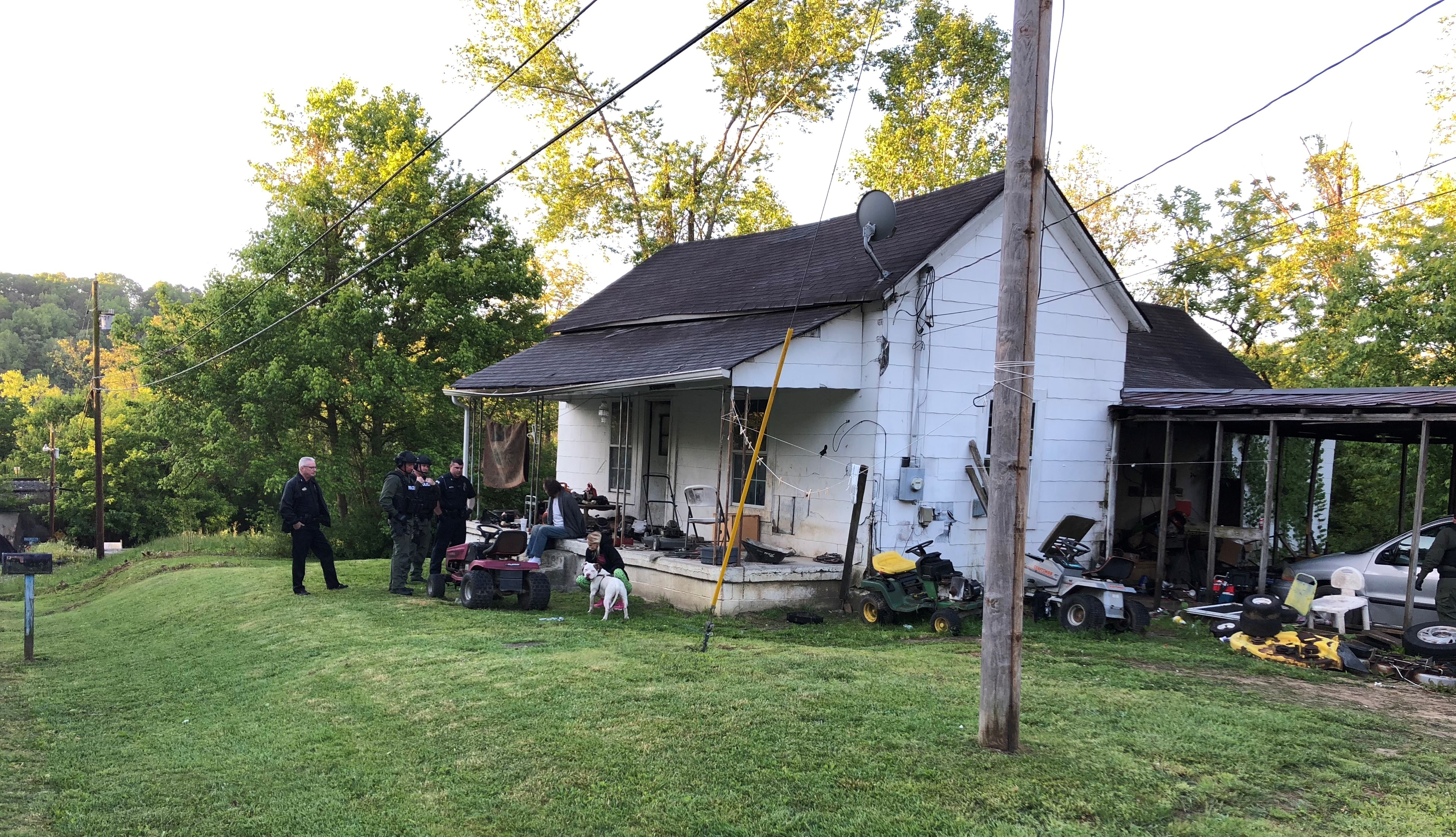 Josh Thames (on porch) with Christina Poland (with dog) along with Michael Burcell (out of sight on the other side of the house with an officer) were served with a narcotics search warrant around 7 am Monday morning.

Three people are being interviewed; 37-year old Josh Thames, Michael Burchell, age 43, and 35-year old Christina Poland.  Members of LPD and DTF had yet to make it into the home when WLAF News left the scene.  Wallen indicated that depending on what they discover inside the residence, charges will likely increase.

Captain Wallen said, “Schedule II (meth), Schedule III (suboxone) and Schedule VI (marijuana) were found in the residence.  Michael Burchell is going to jail on active warrants.  The buys and possessions will be taken to grand jury.”  (WLAF NEWS PUBLISHED – 05/11/2020-7:45AM-UPDATE 8:15AM)