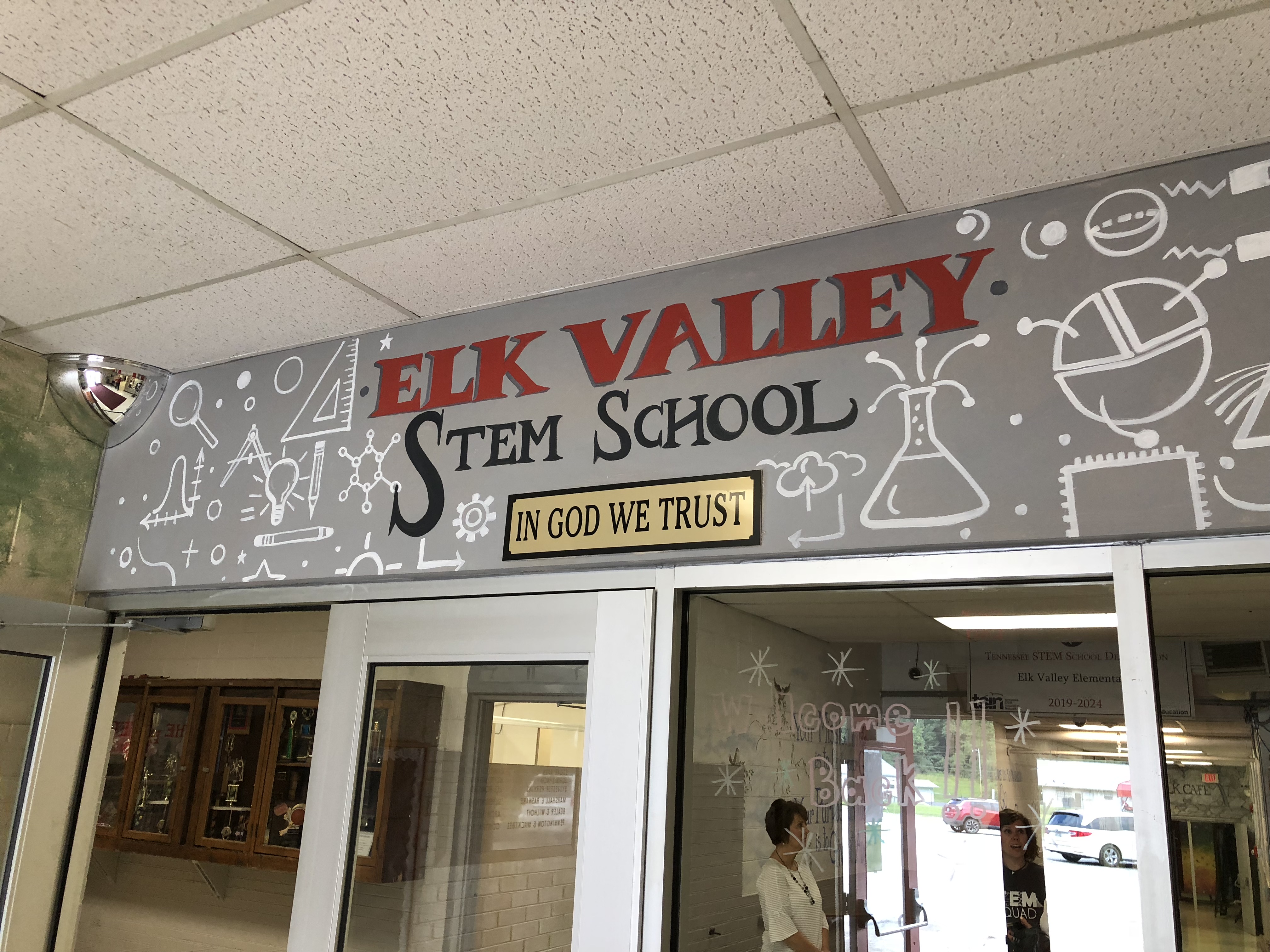 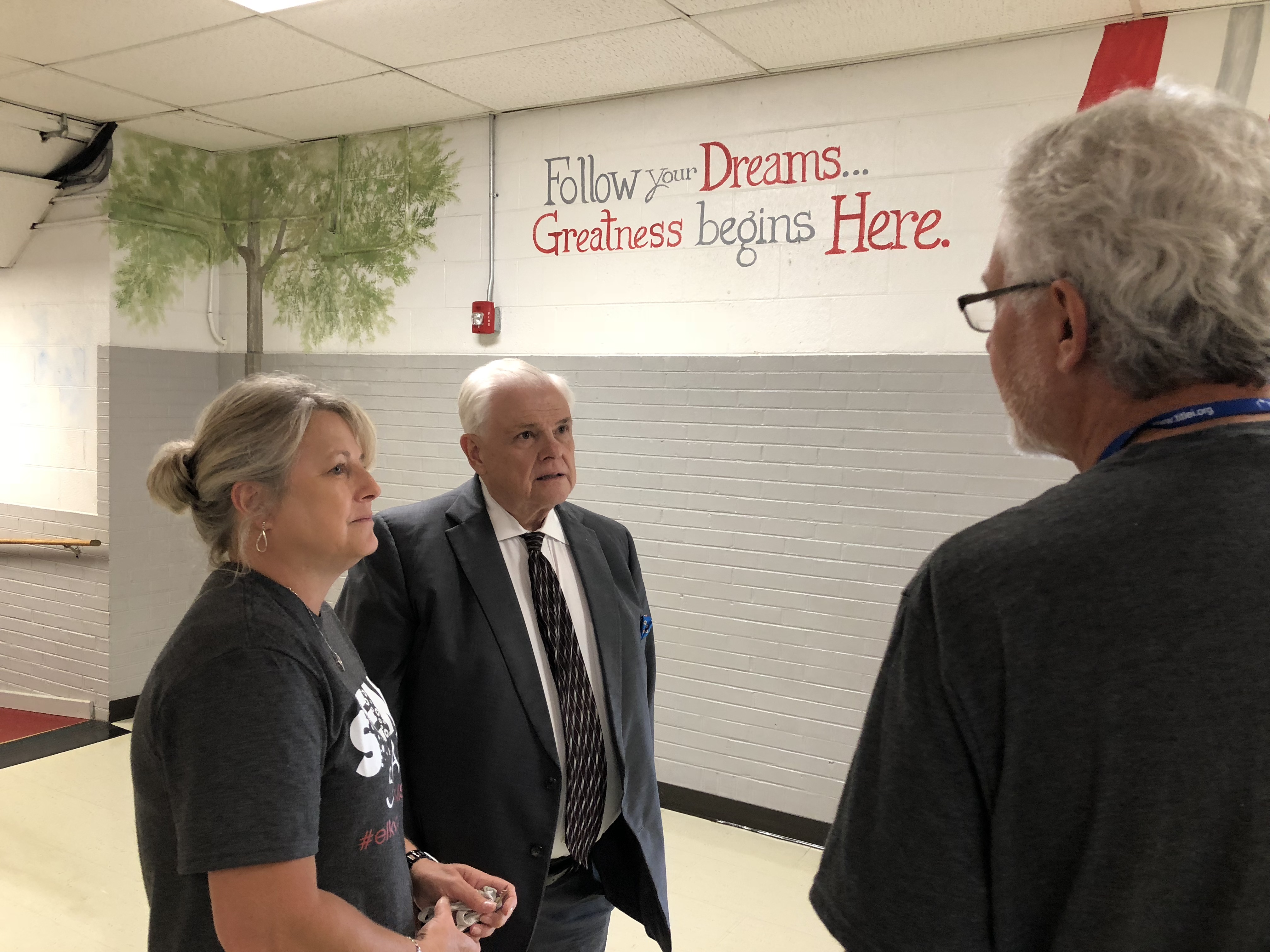 JACKSBORO, TN (WLAF) - On Sun., Feb. 16, Campbell County Sheriff's Deputy Jeff Allen responded to a call about a burglary in progress on Hollifield Drive. The caller said her husband had gone outside to confront the two people who were trying to get into their home. The caller continued that the pair was arguing with her husband. 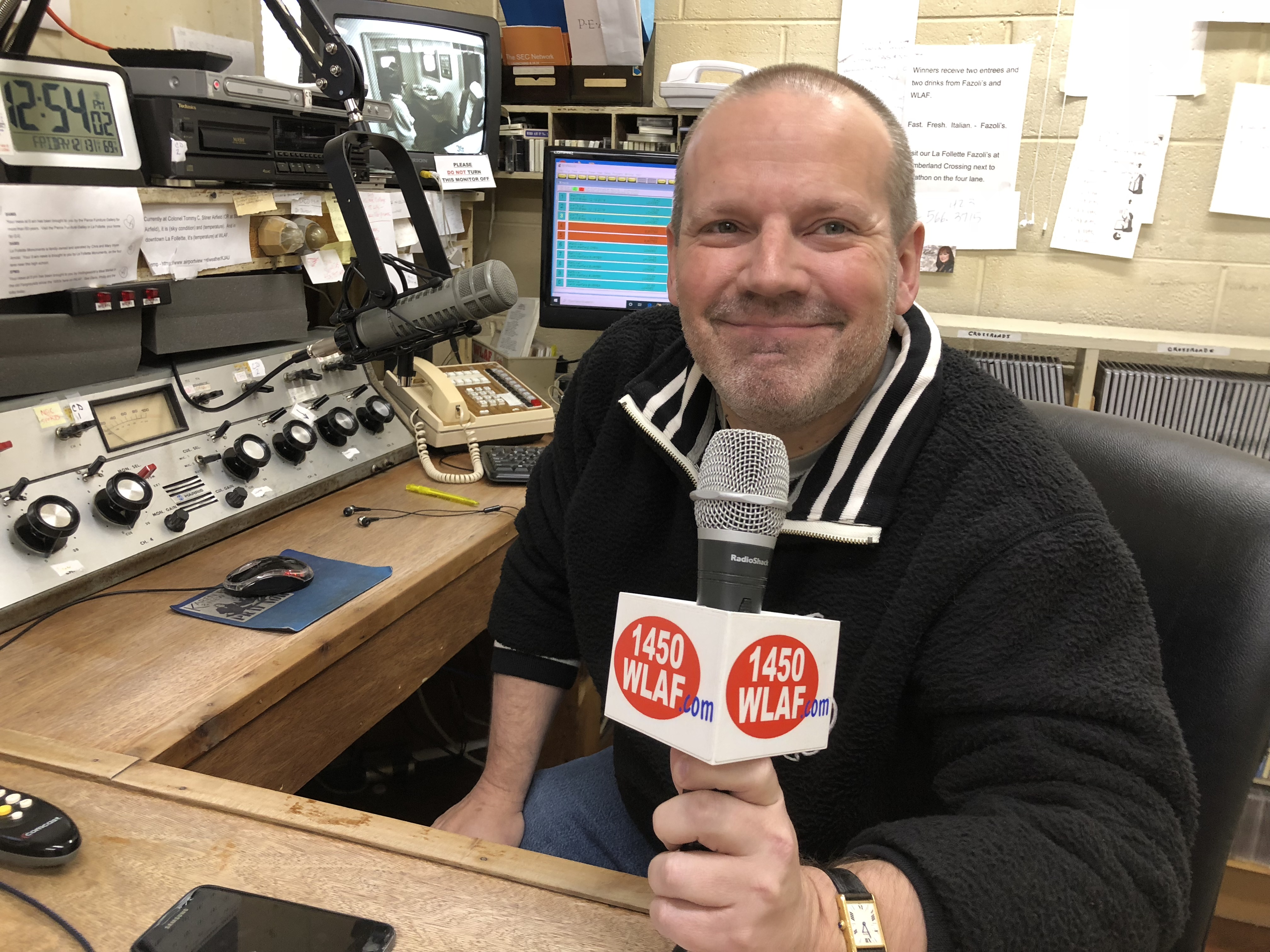 NASHVILLE, TN (WLAF) - A bill that would make it a crime to publicly share photos of inmates taken inside of a correctional facility during visitation has been proposed in Nashville. House Bill 2653 and Senate Bill 3534 to "ban prison party photos" was proposed and drafted by District Attorney General Jared Effler, along with the help of two attorneys, Ron Laffitte and Matt McClung. They began the bill drafting process in late December 2018 after the photo of a convicted murderer surfaced on social media and was viewed by family members of the victim.

John Allen Arnold is the week's "CCHS Player of the Week" John Allen Arnold, in his last game as a Cougar on Tuesday versus Powell at Oak Ridge, is this week's WLAF - Gray Insurance CCHS "Player of the Week."  (PHOTO COURTESY OF WLAF'S PAT PEBLEY)

JACKSBORO, TN (WLAF) - The basketball season is over for the Cougars and Lady Cougars.  As a tribute to the six CCHS Seniors, they were all candidates in the final WLAF - Gray Insurance CCHS "Player of the Week" survey. LAFOLLETTE, TN (WLAF) - This week’s Good Samaritan is Bishop Michael Dent of La Follette Church of God. Bishop Dent has an outstanding positive and motivating presence with his ability to reach the community with his inspirational capabilities to connect with the public. 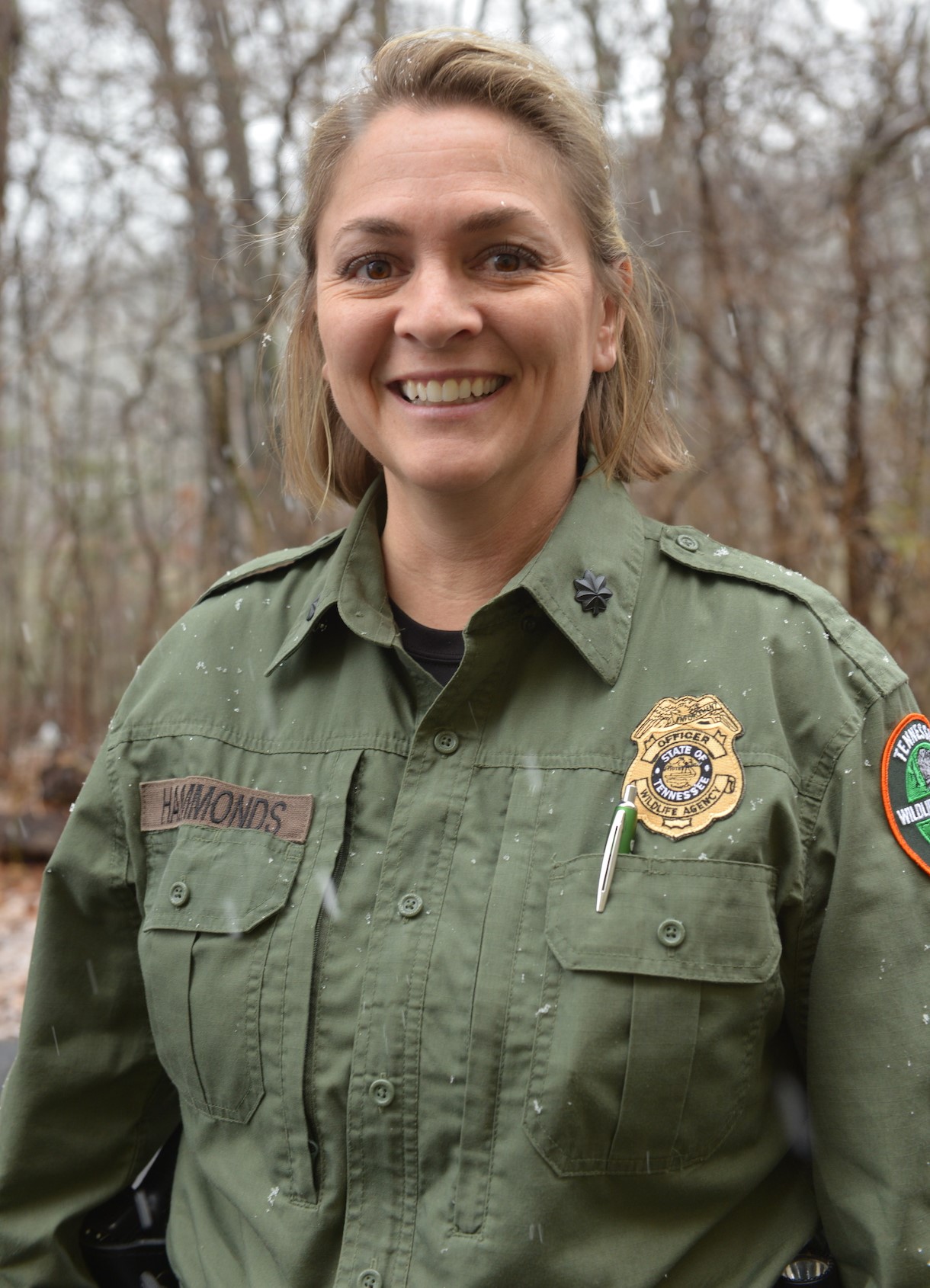 MORRISTOWN, TN (WLAF) - The Tennessee Wildlife Resources Agency has promoted Wildlife Officer Shelley Hammonds (above) to the rank of Law Enforcement Major for Region 4.  She will manage and coordinate all law enforcement activities within the region covering 21 east Tennessee counties, including Campbell. 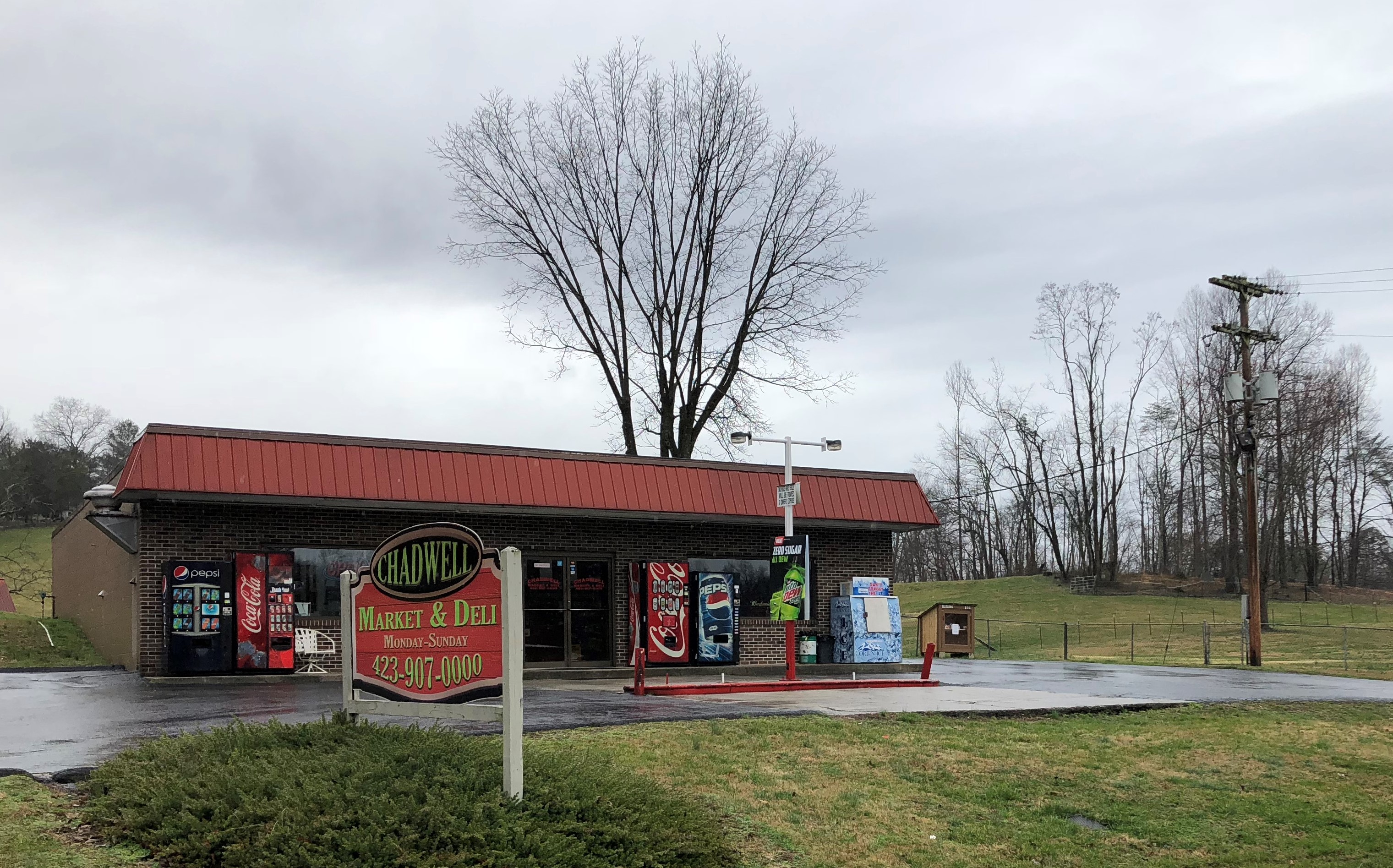 Top photo:  The new Blessing Box is on the right side of Chadwell's Market & Deli on Long Hollow Road in La Follette. Donations are needed at the new Blessing Box.

LAFOLLETTE, TN (WLAF) - There is a new Blessing Box in town.  It's located next to Chadwell's Market and Deli on Long Hollow Road. "We knew there would be a lot of people in the house.  That's why there are so many agencies here," said LPD Captain Steven Wallen. 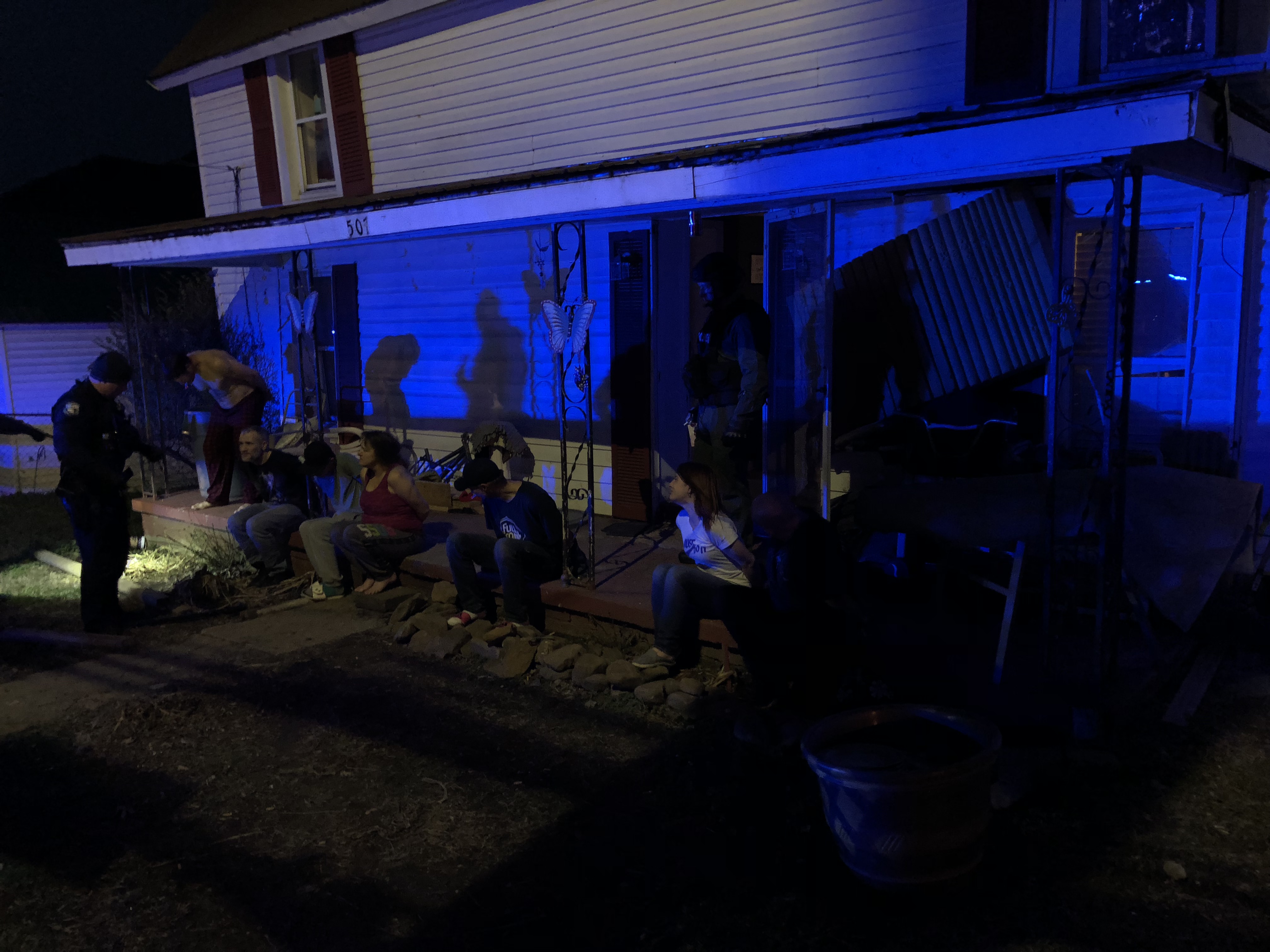 In the predawn hours of Thursday morning, officers brought out suspect after suspect, one at a time, from what's being described as a "drug house" at 507 East Prospect Street.

LAFOLLETTE, TN (WLAF) - La Follette Police led a drug bust in the predawn hours of Thursday morning at a home at 507 East Prospect Street.  All-in-all, 11 people were in the home at the time of the raid according to LPD Captain Steven Wallen.  Wallen said five of those individuals were arrested.