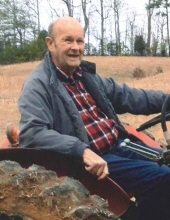 There may not be many people who know the name Walter Overbay.  But when you say the name Toby Overbay, then that’s a different story.

Back in the day when your television was a black and white and then later when color television arrived and you had TV troubles, Toby Overbay was the person you called.  Toby’s TV, on the west end of La Follette, had the answer to your woes.  He helped not only to fix your TV, but he would also help you with reception issues.  There was a time before cable when rabbit ears or an outside antenna was the only way to watch Doc Johnston deliver the news on Channel 10.

I recall the first time I met Toby.  It was at my home on South 5th Street.  Actually, Toby’s dad, Albert,  was the man when it came to repairing your TV in the early 1960s.  He introduced us to Toby that day, and said that his son had joined him in the shop.  It didn’t take long for Toby to emerge as “the” go-to person for us for help with our television.

Even after retiring, Toby was always eager to help us here at WLAF.  The last time I saw Toby, he took time out to meet me at his old downstairs repair shop for a 9-1-1 equipment issue.  We had a plug that had, over time, nearly come loose from its power cord.  As Toby bailed us out for a Cougar broadcast that was just hours away, I looked around his shop.  It was a real look into the past, a past when TVs were repaired, not just thrown away and replaced at the first hint of real trouble.   Toby wouldn’t let us pay him that afternoon, and the repair he made still keeps that old plug going.

One of the online comments left for Toby’s family stated, “He was a great TV fixer in his time.”  Make no mistake.  Toby certainly was.