The investigation into the Pop Shop was lengthy.

So is the list of charges the trio behind the cash for food stamp products had handed down to them yesterday.

On Wednesday morning, agents with the Eighth Judicial Drug Task Force, TBI and the Campbell County Sheriff’s Office testified in front of a Campbell County Grand Jury about the details of their joint investigation.

By 3:30 pm City of LaFollette Vice Mayor Joe Bolinger, his reported girlfriend Jennifer Brown and Jimmie Ivey, whose name is on the business license for the store, had turned themselves in at the Campbell County Jail following the grand jury indicting them. 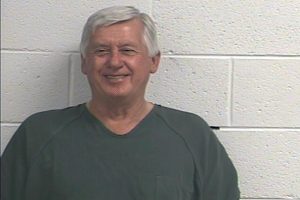 James Bell, a Knoxville attorney, posted $2,500 cash bonds for the 68-year old Bolinger and Brown as they were being processed at the jail. Ivey later posted a $10,000 secured bond. The trio was released after their bonds were posted, according to records. 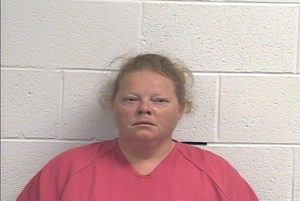 Jennifer Brown is free this morning on a $2,500 cash bond 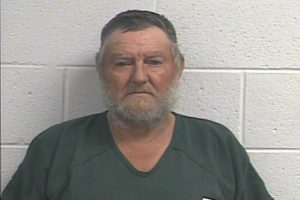 Jimmie Ivey’s name was on the business license of the Pop Shop.

Ivey, age 62,  weighed in with the most charges with 77 counts. He is the only one facing a narcotics charge. Ivey was indicted for conspiracy to sale marijuana. He also faces 69 counts of theft under $1,000, one count of attempted theft over $1,000, multiple counts of fraudulent receipt of food assistance and a sole count of criminal conspiracy. He faces 72 misdemeanors and five felonies.

Bolinger was indicted on four counts of fraudulent receipt of food assistance and one count of criminal conspiracy. The vice mayor has two misdemeanors and three felonies to contend with.

Brown, 34,  faces five counts of fraudulent receipt of food assistance and one count of criminal conspiracy, according to the indictment. Of her charges, two are misdemeanors and four are felonies.

When agents raided the business in April they did so under the authority of the Fraudulent Receipt of Food Stamps Assistance law.

Under that law, anyone who uses, or helps someone else use food stamps in any manner except their expressed purpose, can be convicted of a Class E Felony or Class A Misdemeanor. The distinction in the penalties correlates to the amount of the fraud, according to the law. Anything over $100 is a felony while under $100 is a misdemeanor.

A Class E Felony carries a sentencing range of one to six years in prison per count and a $3,000 fine.

The Class A Misdemeanor carries 11 months, 29 days in jail per count. The fine is $2,500 per conviction.

The criminal conspiracy charge they were indicted on is a Class D felony. A Class D Felony has a sentencing range of two to 12 years with a $5,000 fine.

City of LaFollette Mayor Mike Stanfield said he wasn’t aware his vice-mayor had been indicted nor turned himself in when contacted by WLAF.

“I am usually the last one to know,” Stanfield said.

Bolinger will retain his role on the council and as vice-mayor pending his case moving through legal channels.  If he is convicted, or pleads guilty to a felony, he would then lose his place on the council per the city’s charter.

Until then, it will be “business as usual,” Stanfield said.

Reiterating his ignorance of the situation, Stanfield said he himself had been a regular customer at the Pop Shop and hailed their benevolent spirit when he called on them to help in emergencies.

“But it’s none of my business where they got it (the sodas and waters) from,” he said.

Stanfield doesn’t believe his vice mayor’s pending charges will reflect negatively on the city and  plans to support Bolinger in the court process.

“This is very unfortunate for the city,” she said after learning of the indictment. “’Taking advantage of EBT card holders affects all the taxpayers.” While Thompson believes the situation Bolinger has placed the city in is precarious, she was “happy” to see the Pop Shop investigated and a “stop put to another illegal activity in our city.”

“He is innocent until a jury says otherwise,” Stanfield said. “Until he is found guilty, he is still my vice-mayor.”

And until the case is resolved, Bolinger will also keep his job at the LaFollette Utilities Board, where he has been employed for 50 years.

He is currently the Water Treatment Plant Supervisor, according to LUB General Manager Kenny Baird. “These are very unfortunate circumstances,” Baird said. “I have a lot of respect for Joe. We will let the legal process run its course.”

LUB is owned by the City of LaFollette.

Eighth Judicial District Attorney General Jared Effler deferred to the indictment when contacted about the case.

“The indictment speaks for itself,” he said.