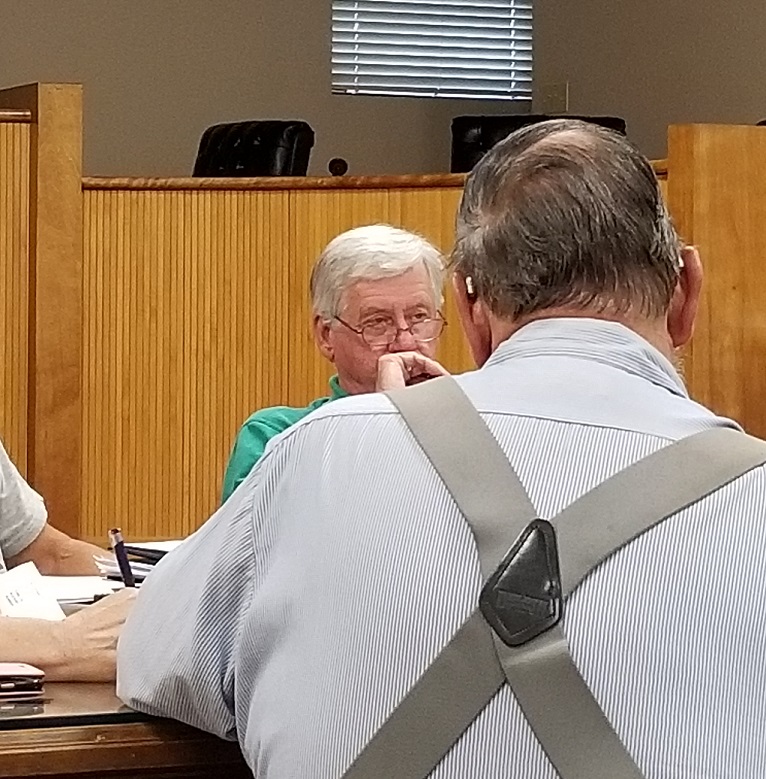 As the end of the fiscal year draws near, the City of LaFollette met in an adjourned session yesterday to discuss the 2018-19 budget.

The council had a first reading of Ordinance 2018-05, which is the annual appropriations ordinance for the 2018-19 fiscal year.

All departments submitted a wish list for the budget totaling $421,654 from the general fund, $7,000 from the special police fund and $28,228 from the state street aid fund.

Wish list items included a laptop computer for the codes department, 12 sets of bunker gear, a side by side with a rescue bed, eight air packs, an AED defibrillator for the fire department, two speed trailers with message board, three Ford explorers and equipment, office equipment, renovation of the Russell Building for the police department, an office roof, garbage truck for public works and the recreation department requested a John Deere Gator and concrete sidewalks for Pine Park, all of these items were scheduled to be bought of the general fund should they be approved.

Mayor Mike Stanfield lobbied for the city to purchase the side by side with a rescue bed saying that it would be very helpful when the city has the ATV festival should an emergency arise. Councilmen Lonnie Wilson ask if the medical foundation grant could pay for the AED, Stanfield said it could. Wilson then ask Police Chief Bill Rhoel if the police department could manage with two explorers instead of three and Rhoel said he would be okay if they purchased two explorers, saving $41,000. The council discussed purchasing speed boards instead of speed trailers with message boards that would save $8,500.

From the special police fund a request to replace computer equipment was made that totaled $7,000 and public works requested a back-hoe thumb attachment, equipment shed and bobcat attachment totaling $28,228.

Employee raises were discussed several times through the workshop. Terry Sweat, financial officer for the city, explained without a raise in taxes there was not money for raises since health insurance premiums have risen. Councilmen Bill Archer said he felt like the city needed to something to help the employees (referencing raises).

Archer also told the council it need to annex more property to bring additional revenue into the city.  Councilwoman Ann Thompson said she had previously tried to get Wheeler Lane annexed, but was unable to do so, because not everyone on Wheeler Lane wanted to be annexed. Archer suggested the city have someone come in from the state to discuss annexation.

Fire Chief Charles Eldridge told the council he felt like his employees need to be compensated for what they do. Eldridge said that he had employees get certified as first responders based on a promise if the program worked employees would be compensated. First responders are saving lives daily and need to be compensated. We are here talking about buying stuff and getting stuff, we need to take care of our people, Eldridge continued. Stanfield told Eldridge if he wanted raises for his staff, he shouldn’t have made a wish list. Sweat told Stanfield one did not affect the other.

Archer suggested the council meet in six months and look at revenue, maybe then we can talk about raises. (WLAF NEWS PUBLISHED 6/14/18)

One Reply to “LaFollette works on budget”