LAFOLLETTE, TN (WLAF) – On Friday, I had the honor to visit with some of those who grew up in a time when La Follette was quite the great American small town.  Fifteen to be exact.

Marilyn Garner smiled Friday afternoon as her husband, Hugh, LHS Class of 1951, shared a story or two of growing up in La Follette.  She grew up in the Chattanooga area, asked if I grew up here.  And I said yes.  She explained how lucky Hugh and I are to’ve grown up in such a special place.  Indeed we are. 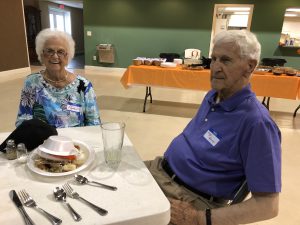 Phyllis Wright-Cross (L) and Hugh Garner attended La Follette High School together.  Cross’s older brother, Paul Wright, was the “Voice of the Owls” over WLAF in the 1960s and 1970s.

It was a lunch time reuniting on June 22 at the Fincastle Methodist Church’s fellowship hall for some graduates of LHS. 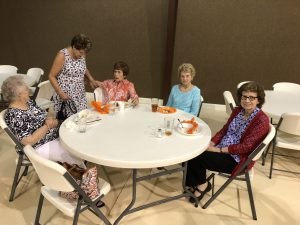 Here’s an attendee’s  list of those wonderful La Follette Owls who graduated from LHS when it was in the heart of town next to First Baptist Church. 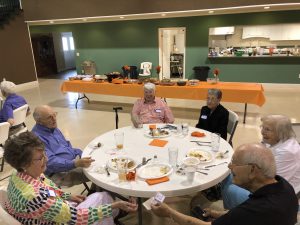 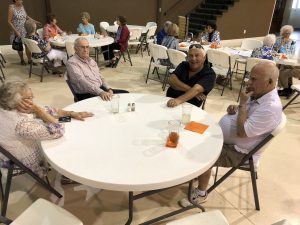