In celebration of their 100th Anniversary, Food City recently donated more than $100,000 to charitable organizations throughout their market area.

“In today’s competitive market place, it’s very rare to see a company celebrating their 100th Anniversary,” says Steven C. Smith, Food City president and chief executive officer.  “Food City is extremely proud to have served our friends and neighbors for the past 100 years. We realize this would not be possible without the loyalty and support of our customers and associates.  We wanted to show our appreciation by donating an additional $100,000 to some of the charitable organizations that help make our region a better place to live, work and raise our children.” 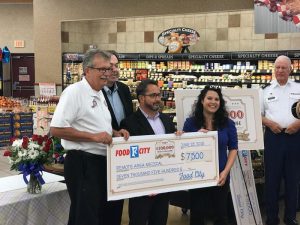 Earlier this year, Food City teamed up with local media partners WYMT, WCYB, WATE and WRCB to introduce their 100th Anniversary Charity Challenge.  The promotion began April 18 and continued through May 29, 2018.  Participating local charities were selected from each of their four market areas – Southeast Kentucky, Tri-Cities, Knoxville and Chattanooga.  The public was encouraged to visit foodcitycharitychallenge.com to vote for their favorite charity. 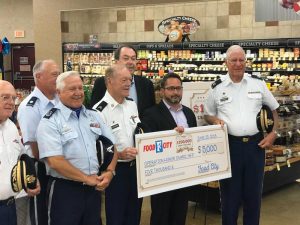 “We would certainly like to congratulate our winners and thank all of our participating charities for their hard work and efforts in supporting this exciting community event, as well as our local media partners for the great job they did promoting our Charity Challenge,” adds Smith.