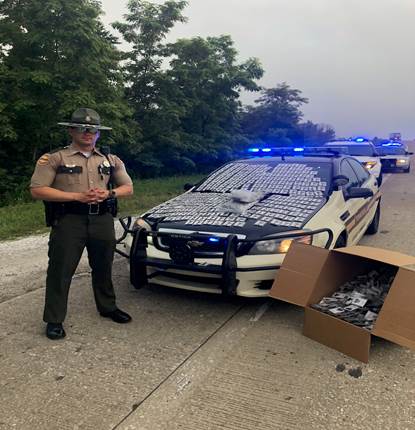 It was on I-75 here in Campbell County where Raines pulled over a commercial motor vehicle and spoke with the driver and co-driver during an inspection of the rig.  He noticed signs of criminal activity and called on the Campbell County Sheriff’s Department K-9 Unit to assist. 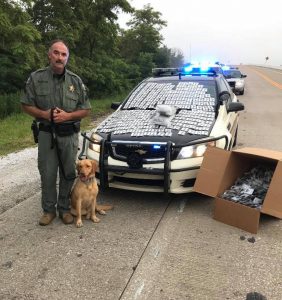 K-9 Mya, with her partner Corporal Wayne Barton, indicated a positive response to the truck.  It was Mya’s first find.

Raines conducted a probable cause search locating a box with one thousand tetrahydrocannabinol (THC) Vape Pens containing 84% THC, three pounds of marijuana in separate vacuum sealed packages and one gram of cocaine.

THP Lieutenant Stacey Heatherly assisted Raines in the investigation as two Pennsylvania men were taken into custody.  Arrested on multiple drug charges and DUI were 45-year old Tuan Truong and 46-year old Vo Truong.  Both men are from Pittsburgh. (WLAF NEWS PUBLISHED – 07/02/2018-6AM)