A search warrant was executed not long after 10:30 am on Friday morning at 905 West Forest Street.  LPD Captain Stephen Wallen  says the raid netted about a pound of pot (marijuana) and drug paraphernalia.

However, information shared at that bust led to an even bigger bust a short time later a few streets over at 1012 West Central Avenue. 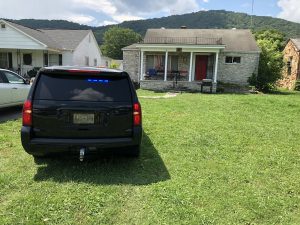 Someone at the light colored stone home gave officers consent to enter and search the residence.

Wallen describes the mid-afternoon  haul as ten plus pounds of pot that may actually be between 15 and 20 pounds.  A person in the home told police that they have a marijuana grower in California who ships the pot by way of the US Mail Service to their La Follette address.

UPDATE:  No arrests were made in either of these busts.  However, lots of evidence was gathered as state and federal grand juries are still to come involving these cases.  (WLAF NEWS PUBLISHED – 07/07/2018-11AM)