Late Wednesday (July 25, 2018), and after a two (2) day trial, a Campbell County jury found Marvin Bullock, of Caryville, guilty of four counts Rape of a Child, nine counts of Incest, five counts of Rape, three counts Sexual Battery by Authority Figure, one count of Solicitation of Sexual Exploitation of a Minor, two counts of Sexual Exploitation of a Minor, one count Aggravated Sexual Battery, and one count of Continuous Sexual Abuse of a Child.

Campbell County Criminal Court Judge E. Shayne Sexton ordered the 55-year old Bullock into immediate custody of the Campbell County Sheriff’s Office where he will await sentencing – which is scheduled for September 24. 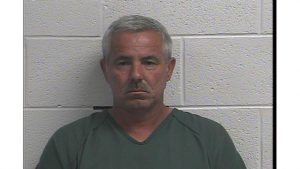 Bullock made statewide news coverage when he was arrested on June 22, 2016.  He was initially charged with more than 50 child sex crimes.