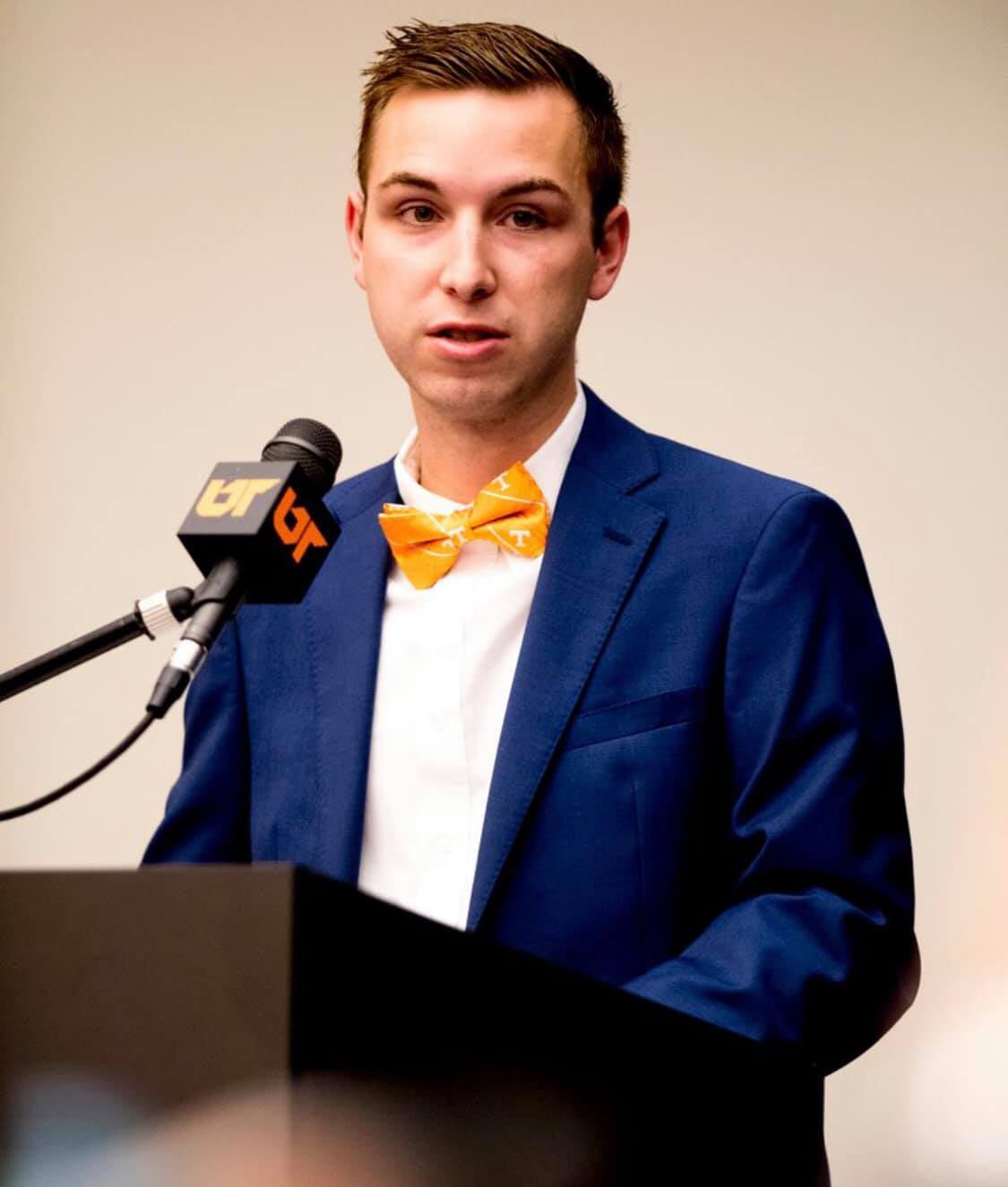 A familiar face to many was there at the meeting to express his support for Boyd, Noah Smith.  Smith addressed the UT Board of Trustees yesterday to express his support for the appointment of Randy Boyd to be the interim President of the University of Tennessee.  He, however, was met with numerous protestors, harsh comments, and blatant attacks from other students.  Smith tells WLAF, “I was blatantly under attack for what I saw as an opportunity to improve and progress the University of Tennessee System.”

Several protestors were escorted from the building and it is reported that one student was arrested. Smith, however, told WLAF, “Nothing will ever stop me from fighting for education and my goal of academic excellence, even in the midst of protestors.”

“It is a shame how extreme some people will go to silence your opinion.  Today, I was cursed at; called a liar, crazy, an idiot; I was yelled at,
and I was told that because I am a white male that I have no clue what is going on. This was all because I supported a man who I thought would best
lead the UT System as its next president.  At the UT Board of Trustees meeting on Tuesday, I delivered a speech in support of  Boyd as the next UT
System President. This was not because of party politics, but because of Randy’s unrivaled dedication to expanding access to higher education in Tennessee.  Through his work to institute the Tennessee Promise and Drive to 55 initiative, Boyd’s qualifications were far met. During my remarks, several extreme left-wing activists tried to silence me and derail my comments. You can call me every name in the book, try and silence me the best way you can, and openly attack me, but I will never stop fighting for education. I will fight to improve education in the midst of adversity every time.  I am
excited to see where the UT System is heading!”

Randy Boyd, a former candidate for Governor of Tennessee, was unanimously approved Tuesday to serve as the interim President of the University of
Tennessee.

Noah Smith, from Jacksboro, is a freshman at the University of Tennessee.  (WLAF NEWS PUBLISHED – 09/26/2018-6AM-PHOTO COURTESY OF NOAH SMITH)

One Reply to “Smith fights for education amidst protestors”