Well more than a thousand people attended Charles McNeeley’s receiving of friends on Monday night at the New Horizon Baptist Church.  Yesterday’s roadside crowd and interment attendee numbers were equally as impressive.  Salutes and hands over hearts gestures were seen all along the funeral procession route late Tuesday morning as a bright sun shown down. 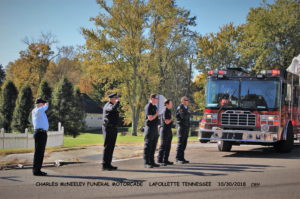 McNeeley, who owned Walters Funeral Home with his wife Debbie, passed away last week after a battle with cancer.  He was laid to rest at Powell Valley Memorial Gardens. 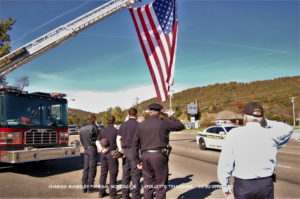 McNeeley served in the US Army and fought at Vietnam

2 Replies to “A community bids farewell to McNeeley”