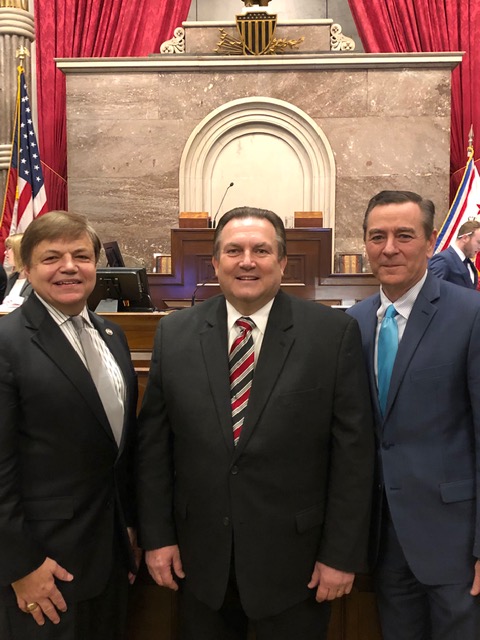 La Follette Church of God Pastor Michael Dent and his wife, Carolyn and daughter Susan, visited the Tennessee House of Representatives Monday evening at Nashville. Pastor Dent opened the House in prayer and then sang the National Anthem after the pledge of allegiance. 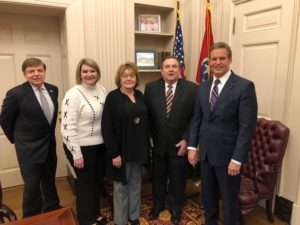 Pastor Dent and his family met the new governor, Bill Lee, in his office just prior to going onto the House Floor. He also met the new Speaker of the House, Glen Casada, prior to his prayer. 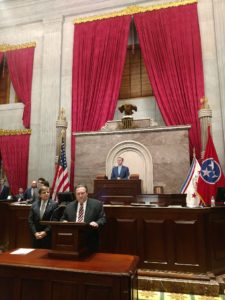 State Representative Dennis Powers expressed his thanks to Pastor Dent and his family for making the long trip to Nashville and for his prayers for the Tennessee General Assembly.  (WLAF NEWS PUBLISHED – 01/29/2019-6AM)