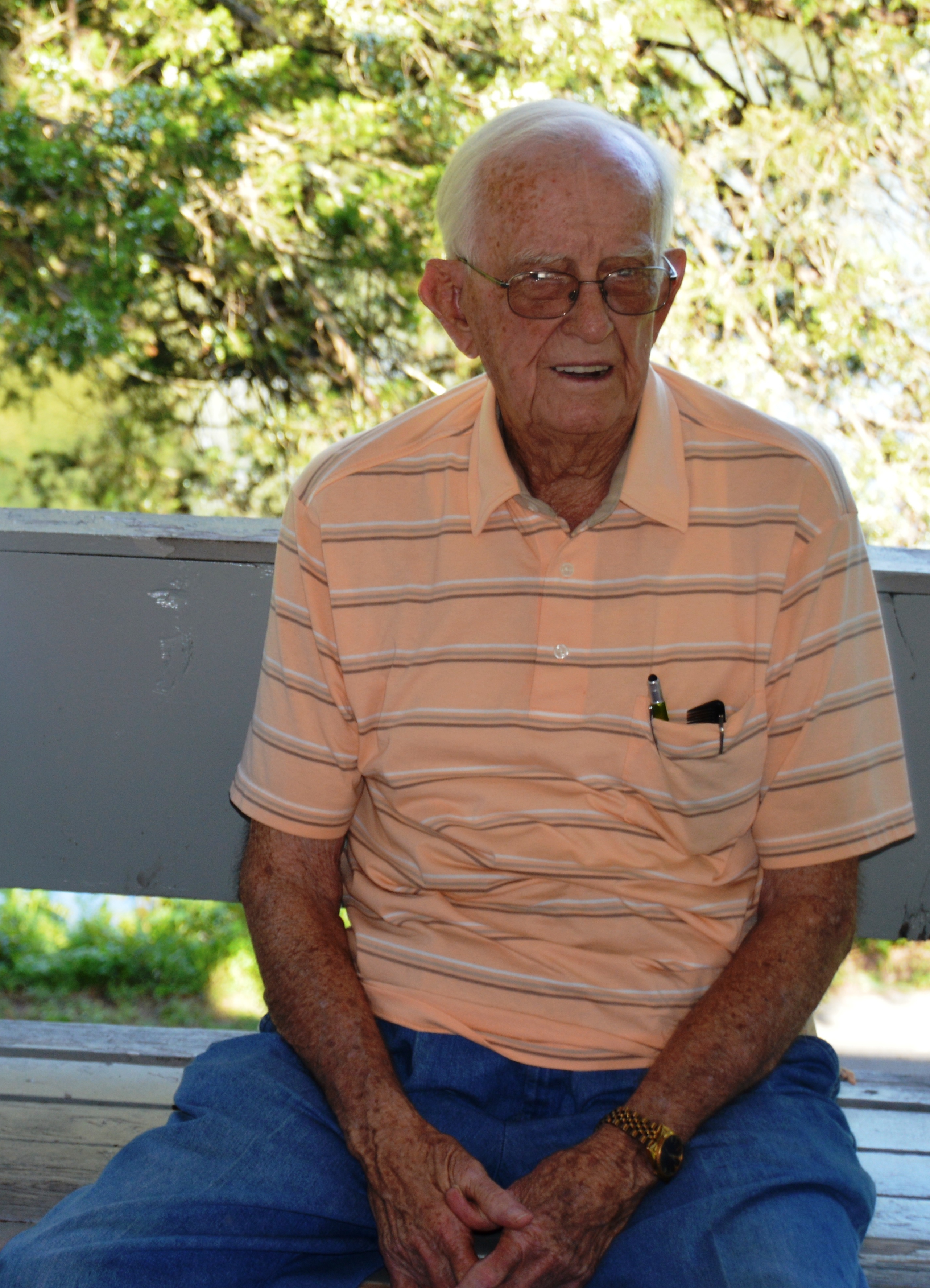 Tom Leach and my father, the late Dr. James Freeman, were best friends.  The other half of that friendship is now gone.  Before Tuesday, Leach was one of the last living contemporaries of my father.    Every time I saw Tom over the last 30-years since dad’s death, we’d swap a doc story or two; always made me feel good.  When I heard the sad news on Tuesday of Tom’s passing, I immediately thought of my dad.

“Tom was great,” said Steve Slover.  Slover has worked for Tom and his son, Mike, for the past ten years.  He fondly recalled how Tom was always telling him a story and how Tom would help anybody who needed help.  Slover called Tom, “One of the finest fellows you’d ever meet.  He was good to me.” 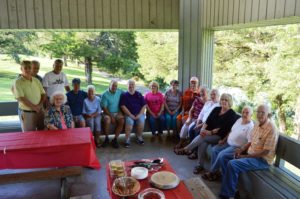 Tom, right, sits with his wife of 70-years, Billie, and other volunteers with the Campbell County Cancer Association in the summer of 2017.

Clarence Lowe with the Campbell County Cancer Association said, “Tom Leach had such care and concern for others.  During his own battle with cancer he and his wife Billie came up the idea for the Campbell County Cancer Association.  He actively worked, served and promoted the CCCA.  Even when no longer physically able he was encouraging us. He always made a motion to double “my pay.”  I told him, “Tom, I appreciate your motion but nothing times  nothing equals nothing”.  He was special and the CCCA will miss him.

Funeral services for Leach are Saturday at 2 pm at East LaFollette Baptist Church.  The interment follows at Woodlawn Cemetery with Military Honors conducted by the Campbell County Honor Guard.  Leach’s family receives friends from noon to 2 pm Saturday before funeral services.  The family respectfully requests that in lieu of flowers, memorials be made to the Campbell County Cancer Association, P. O. Box 122, Jacksboro 37757.  Walters Funeral Home is handling the arrangements.  (WLAF NEWS PUBLISHED – 02/15/2019-6AM – PHOTOS COURTESY OF CLARENCE LOWE)