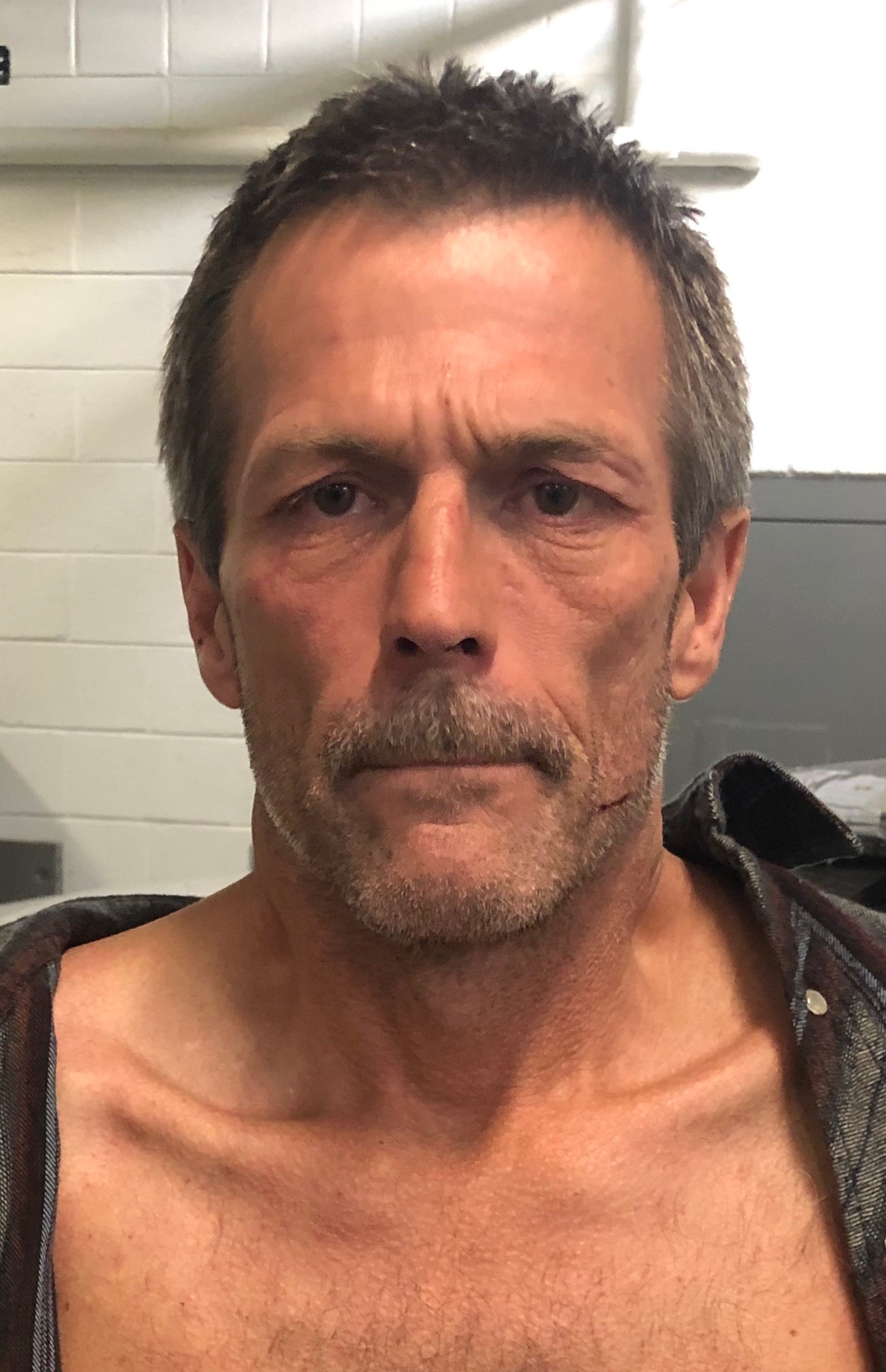 As the call came in, CCSD Corporal Wayne Barton was traveling north on I-75 at Mile Marker 143 when Riley passed him on the shoulder of the road in a white Toyota car.  Barton attempted to catch up to the vehicle, but at the 144, the Stinking Creek Exit, the car struck the back of a semi-truck.  That’s when Riley fled on foot.

TOP PHOTO:  William Riley was treated at the hospital before he was booked into the county jail.

Soon, Deputy Travis Bostic and K-9 Santo arrived on the scene and tracked Riley about a thousand-yards.  Santo found Riley hiding under a large rock.

Riley was taken into custody and then transported to the Jellico Community Hospital Emergency Room.  Riley, from Middletown, Ohio, was suffering from injuries sustained in the crash, according to the report.

Riley faces multiple charges including theft over $10,000, reckless driving, leaving the scene of an accident, failure to notify of an accident, the open container law, drivers to exercise due care, driving without a license and resisting stop halt frisk.

According to one source close to the arrest, Riley said he believed his identity had been stolen.  He will be arraigned later today in General Sessions Court and remains housed in the Campbell County Jail this morning.  (WLAF NEWS PUBLISHED – 03/09/2019-6AM-PHOTO COURTESY OF THE CCSD)