Deputies received information that a male and female were seen breaking into a home on Bankwood Lane.   On Friday, Campbell County Sheriff’s Corporal Jeff Allen and Deputy Travis Bostic responded to a burglary in progress at 155 Bankwood Lane in La Follette.

Allen and Bostic arrived and noticed pry marks on the back door of the house. They searched the home but were unable to locate anyone inside. While inside, deputies found items what were later identified as stolen property from laptops to house hold items (pictured above).

Still at the Bankwood Lane home, they received another call to 166 Lakeland Lane where two people were found inside of that home.  When the corporal and deputy arrived, both subjects had fled.  Officers conducted a search of the area and found 41-year old Kenneth Carroll and 30-year old Alyssa Bray about 150 yards from the broken in-to home on Lakeland Lane.

Allen and Bostic were able to connect Carroll and Bray with four other similar burglaries in the area. The also recovered a large amount of stolen property.

Sheriff’s Office investigators are still processing evidence and believe more charges are likely for the pair. 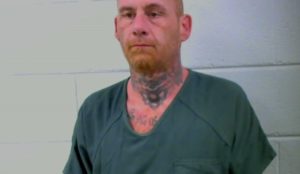 Current charges include aggravated burglary (three counts) and theft over $9999.99 for Carroll. 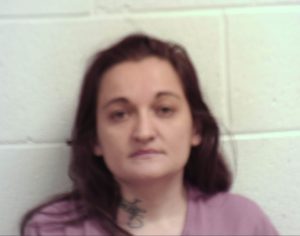 Carroll and Bray are listed as homeless and remain housed in the Campbell County Jail this morning.  (WLAF NEWS PUBLISHED – 03/11/2019-11:30AM)