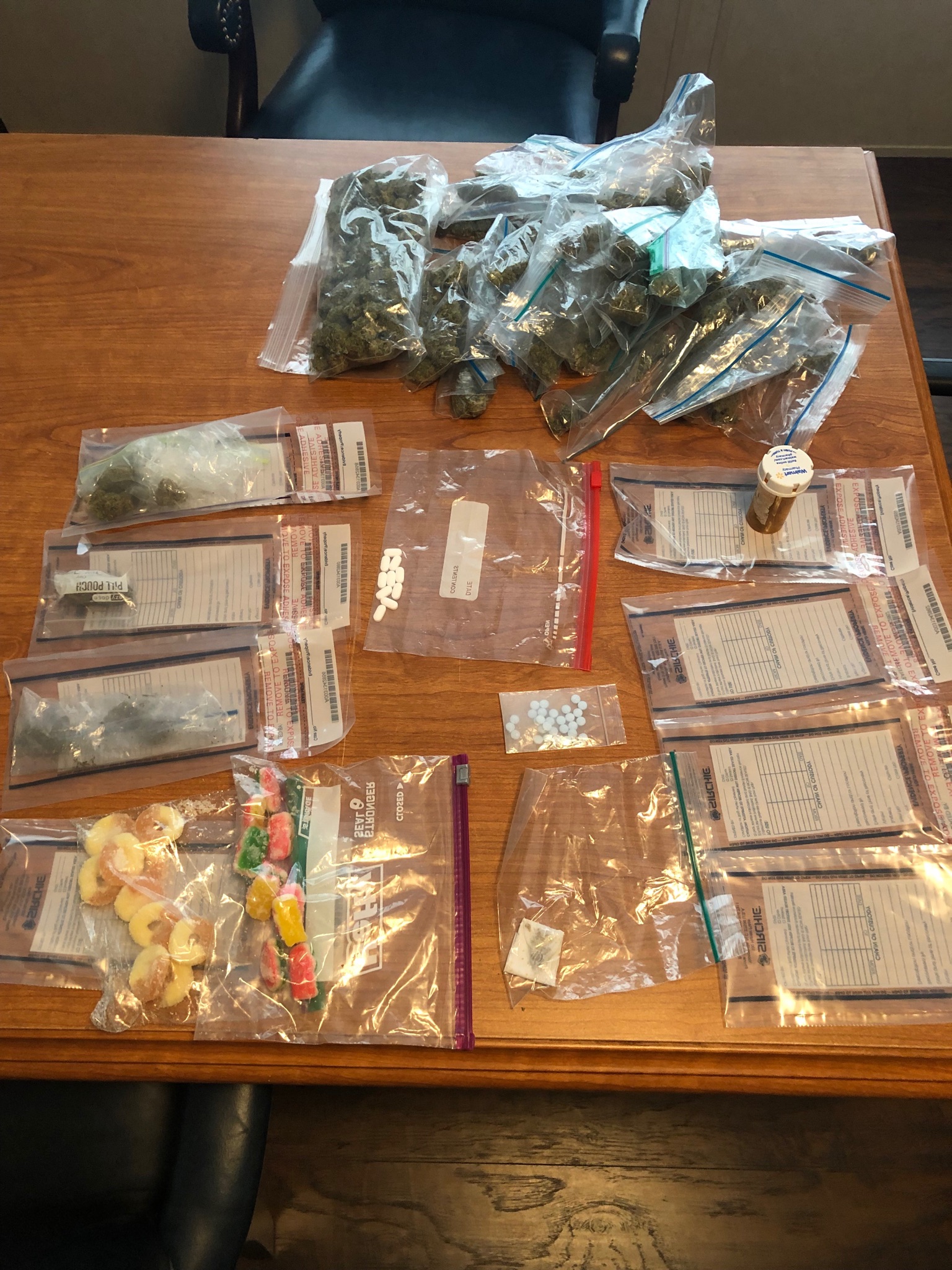 Officers with the La Follette Police Department and members of the 8th Judicial District Drug Task Force were busy on Tuesday afternoon.  A tip prompted LPD and the Task Force to conduct surveillance on an apartment at 400 West Walden Street.Earlier today, officers carried out a “knock and talk” at that apartment. Ultimately, consent was given to search the home.

The search resulted in LPD and Task Force officers finding large amounts of narcotics including 166 grams of THC Edibles, hydrocodone, Xanax and more than a pound of marijuana. Sixty-two year old Terence Dewey Hatfield of La Follette was taken into custody.