Jared Lay of Newcomb and Paxton Long of La Follette are only 20-years- old.  However, in their young lives, they have been arrested a combined 25 times.  Lay has 11 arrests for Lay while Long has been arrested on 14 occasions.

The latest arrest reports for the pair were issued this week, the age to arrest ratio was glaring.  The pair has served a staggering combined total of 630 days behind bars since 2016; April of that year for Long and July for Lay. 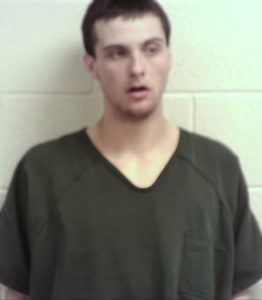 Lay was charged with stalking last Friday.  He was arrested at the home of a woman in Newcomb who had a temporary order of protection against him.  Campbell County Sheriff’s Deputy Dakota Williams answered the call and found Lay inside the home hiding under clothes in a back bedroom closet.

Lay’s prior charges range from public intoxication to burglary to possession of controlled substances. 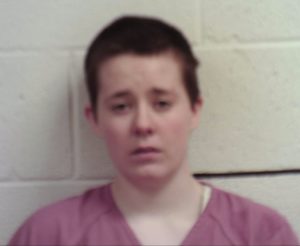 A tip led to Long’s arrest last Wednesday.  Campbell County Sheriff’s Deputy John Minor located her at a home on West Hemlock St. in La Follette.  Minor found Long in the back bedroom of the home sitting in a chair, based on the arrest report.

Long’s prior charges range from DUI to possession of controlled substances to theft of property.

Both are unemployed, and each has a tattoo on the right forearm, according to jail records.  There is one difference; Long has a child.

If their short history is any indication, the pair seems as if it will grow old playing “Catch me if you can.”  And after a combined 25 arrests, all signs point to a large lack of speed. (WLAF NEWS PUBLISHED – 03/20/2019-6AM)