Updated 04/02/2019, at 6:35 p.m. ET: The deceased individual has been identified as Lianna Renee London (DOB 10/03/90), of Jacksboro.  Read the entire La Follette Police Department report HERE.  TOP PHOTO:  This is the yard on East Prospect Street  where the encounter of London and LPD Officers happened.

At the request of 8th District Attorney General Jared Effler, TBI Agents are investigating the circumstances leading to an officer-involved shooting that occurred Monday morning in La Follette. 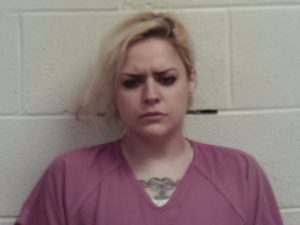 Preliminary information indicates that just before 7:00 a.m., officers with the La Follette Police Department received a report that a female was attempting to break into a home located along East Prospect Street. Upon arrival, officers encountered the female, who was reportedly armed with a handgun, in the 700 block of East Prospect Street, near East La Follette Baptist Church. For reasons still under investigation, the situation escalated and resulted in officers firing shots, striking the woman. She was transported to a local hospital where she was pronounced dead. No officers were injured during the incident. The identity of the deceased woman is currently being withheld pending notification of relatives.

At this time, the investigation remains active and ongoing. TBI Agents and Forensic Scientists continue to gather relevant interviews and evidence. Throughout the process, investigative findings will be shared with the District Attorney General for his further review and consideration.

As is our policy, the TBI does not identify the officers involved in these types of incidents and instead refers questions of that nature to their respective department.