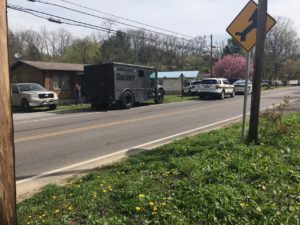 Narcotics investigators advise the investigation originated in Pinecrest and continued into Long Hollow.

Upon execution of the search warrant, misdemeanor amounts of Schedule III and Schedule VI narcotics were recovered as well as a felony amount of Schedule II (Methamphetamine) weighing just over a half an ounce with a street value of approximately $1,600.00.  (WLAF NEWS PUBLISHED – 04/11/2019-5:30PM)