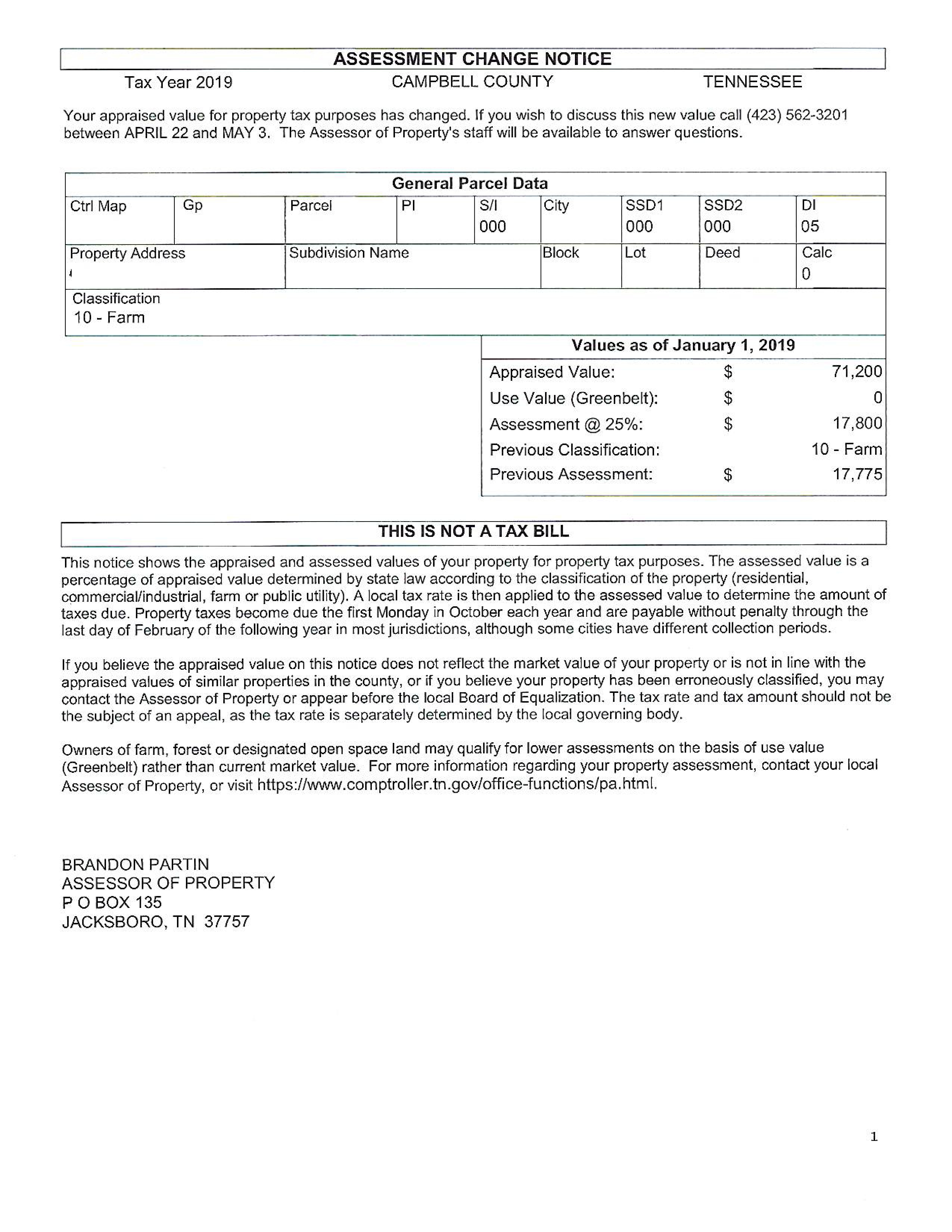 Under state law, the state board of equalization will set a Certified Tax Rate (CTR) for all counties and municipalities. A Certified Tax Rate is a means for a county or municipality to garner the same amount of property tax revenue as the preceding year despite any values increasing making the process revenue neutral. Only in a reappraisal year does the property assessor’s office participate in establishing the CTR by providing critical data to the State of Tennessee to set the CTR.

A reappraisal should not be a means for a county to make money, said Partin.

Property included in the reassessment will be the property listed on the county rolls in 2018. “Any new growth such as new construction is not included,” Partin said.

Even though the reappraisal isn’t meant to generate revenue, county commissioners, under state law, still have a means to increase the Certified Tax Rate.

The group could pass a resolution allowing the CTR to be increased. A notice of the intent to raise the rate would have to be published in the newspaper with the county mayor producing proof to the state board of equalization that the notice had been run within 30 days of the publication. After that, a public hearing would be held on the rate. Following the hearing the commission could levy a tax rate that exceeds the CTR, according to state law.

Assessment change notices should start arriving in the mail on Saturday, April 20, Partin said. Beginning April 22 until May 4, the property assessor’s office will hold informal hearings on the values.

“My staff and I have been working tirelessly for 10 months on this reappraisal,” he said. “We expect people will have questions.”