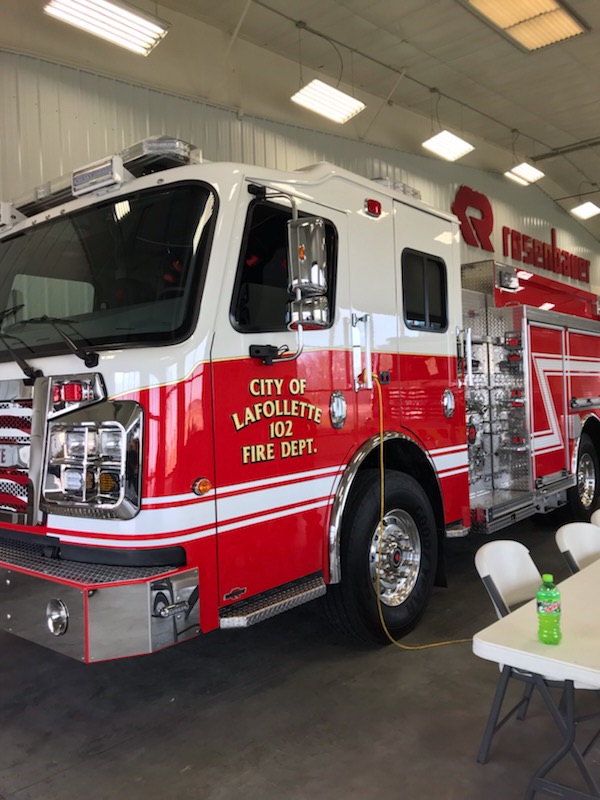 All that separates the La Follette Fire Department and its new fire truck are 1,100 miles, 16 hours and the finishing touches.     LFD Captain Eddie Hatmaker and Lieutenant Johnny Seal put the new 2018 Warrior 1,250 gallon pumper through the paces on Wednesday at Lyons, South Dakota.  Though tiny  Lyons population is only 679, it’s gigantic when it comes to building fire trucks.  The manufacturer, Rosenbauer, is the largest fire truck apparatus and emergency response vehicle manufacturer in the world. 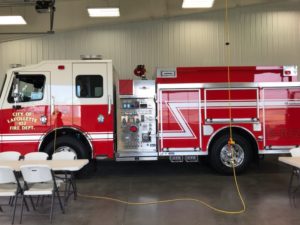 Wednesday was final inspection day with Hatmaker and Seal on site.  Captain Hatmaker noted that this is the fourth unit LFD has purchased from Rosenbauer since 2001.  The captain said he was pleased.  Very pleased with the new unit. 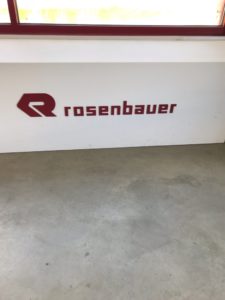 Engine 102 is expected to be driven to La Follette sometime in early May.  Once here, it will be housed at Fire Station 2 near the high school.    (WLAF NEWS PUBLISHED – 04/25/2019-6AM-PHOTOS COURTESY OF LFD CAPTAIN EDDIE HATMAKER)