This is an update from a story WLAF brought you earlier today.  Around 8:30 am Friday morning, a Caryville man was arrested in La Follette on drug charges.     The La Follette Drug Unit and Special Response Team along with the Drug Task Force executed a search warrant at a business building turned apartment at the corner of Mill and First Streets in downtown La Follette. 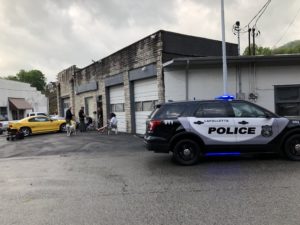 The La Follette Police report details that 62-year old Marvin Wayne Phillips was arrested and charged with possession of schedule II, III and IV controlled substances for resale along with introduction of contraband into a penal facility.

This was Phillips 14th arrest according to jail records.  Phillips remains housed in the Campbell County Jail and will not appear in court until Monday.  (WLAF NEWS PUBLISHED – 04/26/2019-4:40PM)