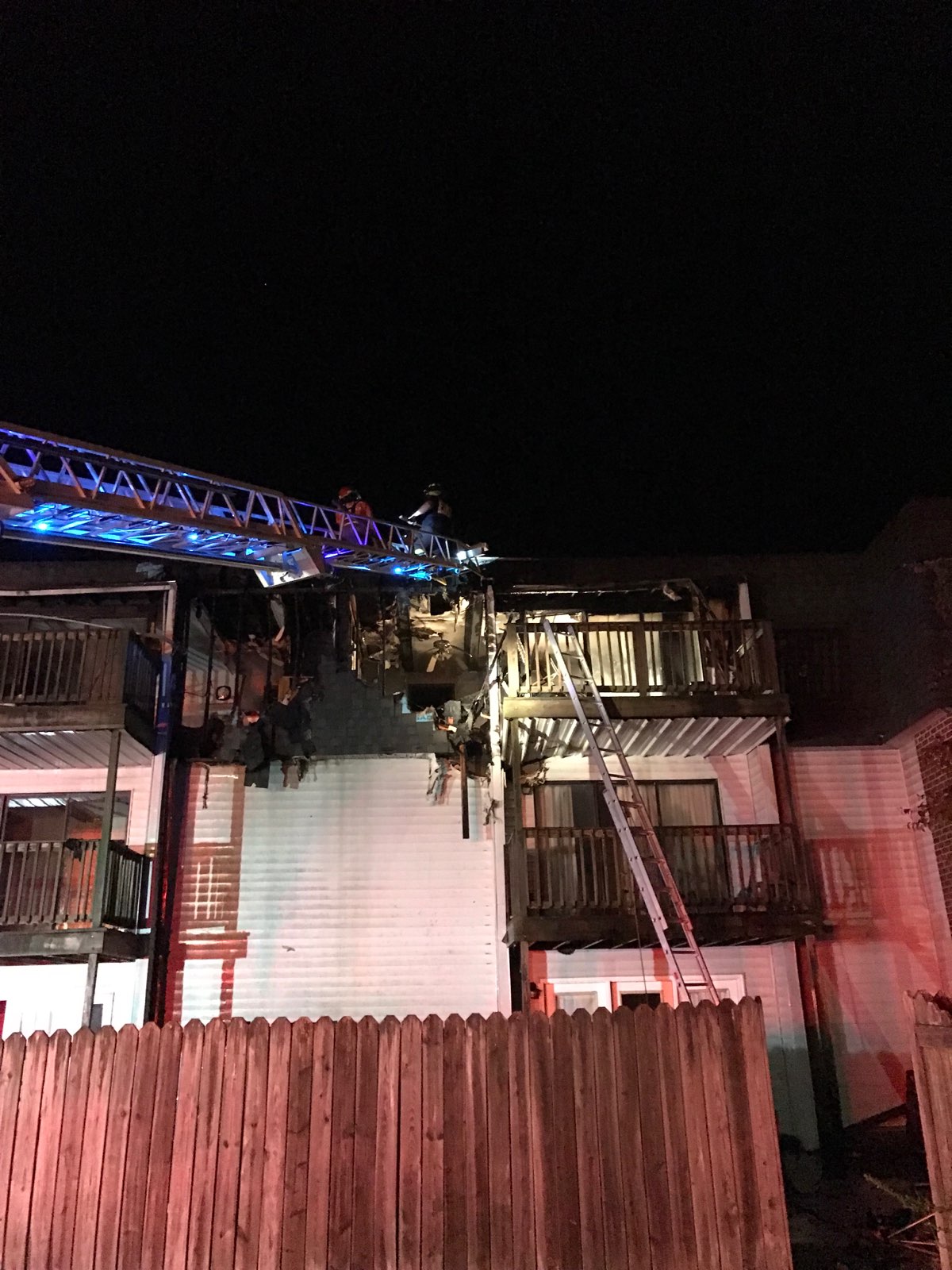 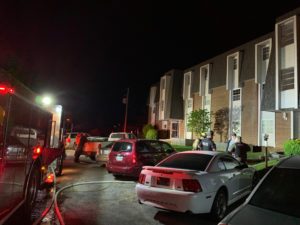 “The outcome could have been much worse,” said Jacksboro Fire Chief Jason Shetterly of an early Monday morning apartment fire on Myers St.,  Jacksboro.  Shetterly and his department were called out at 12:08 am to a fire at the three-story Myers Street Apartments. 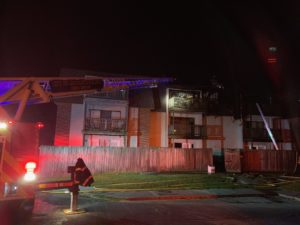 “The fire was contained to two apartments on the third floor.  However, the two apartments directly below the fire floor suffered significant smoke and water damage while all other apartments had some smoke damage,” he said. There are 12 units in that set of apartments with two under construction, and the fire displaced residents from 10 apartments. 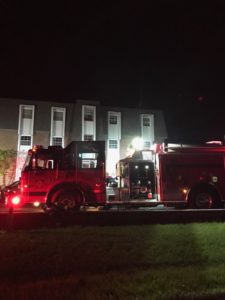 “The fire was under control in about 45 minutes, but without the assistance of the Caryville and La Follette Fire Departments and the Campbell County Rural Fire Service, the outcome would have been much worse,” Shetterly said.,

It took three engines, one tanker and two support units along with one ladder unit to battle the fire.  Shetterly said  La Follette’s ladder unit was a major asset because of the height of the apartment complex. The cause of the fire is still under investigation, but Shetterly believes the fire started on  the outside deck area of one of the units. 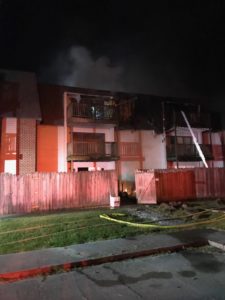